Yesterday, the stock and foreign exchange markets did not take any action in anticipation of today's data on US employment. The euro, being under technical pressure, dropped slightly, consolidating below the target level of 1.1847. The euro is preventing the euro from working out the bearish target of 1.1705 by the Marlin Oscillator, which is reluctantly declining, being in the zone of the rising trend. 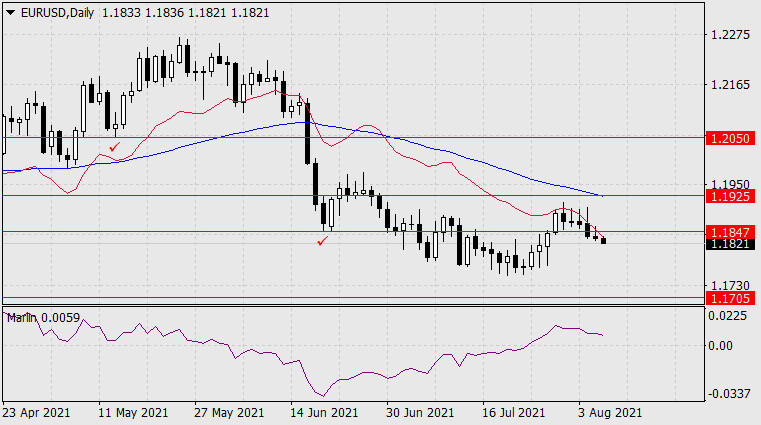 The forecast for Non-Farm Employment Change is wide: 780-895,000, but this is not so much an optimistic factor as negative - if the indicator is closer to the lower bound of forecasts, even such an optimistic one, will have a negative impact on the dollar - resistance at 1.1925 can be overcome. Strong non-farms will send the euro to the lower target of 1.1705. 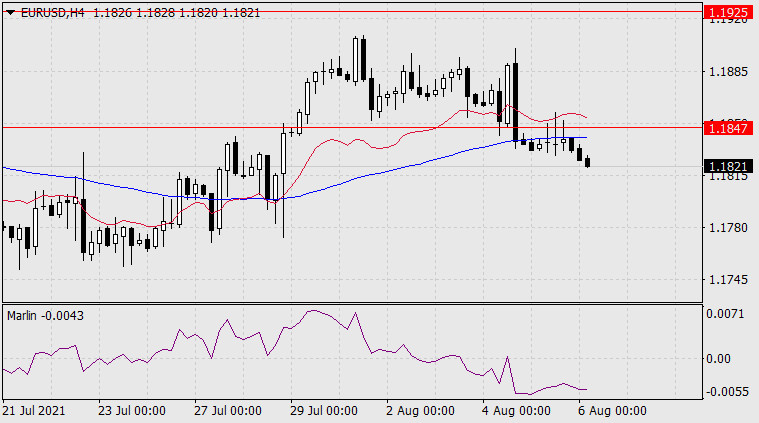 The price has settled below the MACD indicator line on the four-hour chart, Marlin is in the zone of negative values, the current moment is decreasing. But today fundamental factors prevail, so only the data release will set the direction of the European currency.