Last Friday, the euro fell by 73 points (-0.60%) due to strong data on employment in the US, but not at very high volumes. They were approximately equal to the volume of Wednesday, when the weak report on employment in the private sector was released. Nevertheless, the market's reaction was qualitative: the yield on 5-year government bonds increased from 0.678% to 0.774%, the market expectation for the rate in December dropped from the likely holding of the rate at the current level from 100% to 90%, oil lost 1.39% , gold -2.51%. 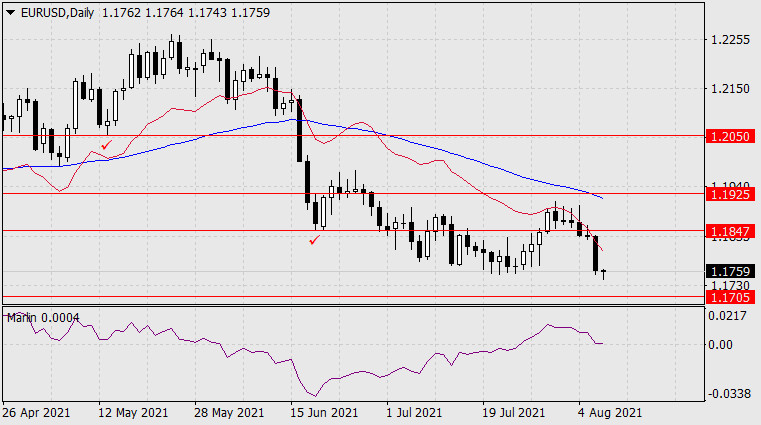 This market effect allows us to consider the dollar's appreciation in the perspective of several days. The target of the movement is the level 1.1705 - the March low. The signal line of the Marlin oscillator is currently pushing through the border with the territory of decline. 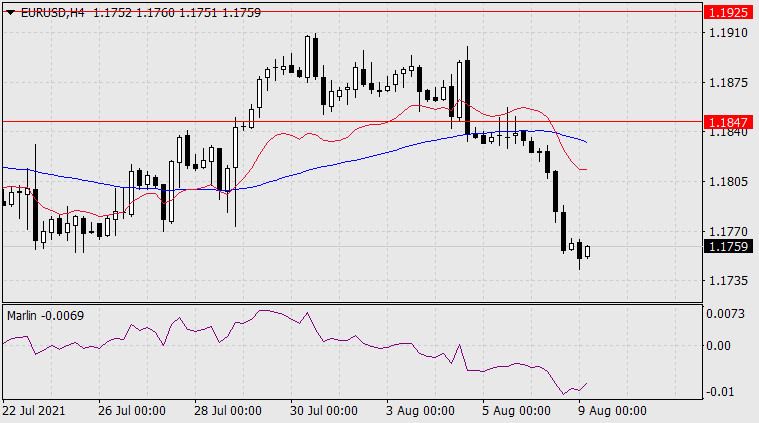 On the four-hour chart, there is a suspension after a sharp Friday movement, the Marlin oscillator turns up a little, perhaps today there will be a consolidation of prices before continuing to decline on Tuesday.