Forecast for GBP/USD on August 13 (COT report). Bear traders will try to push the pair to the level of 1.3776 today 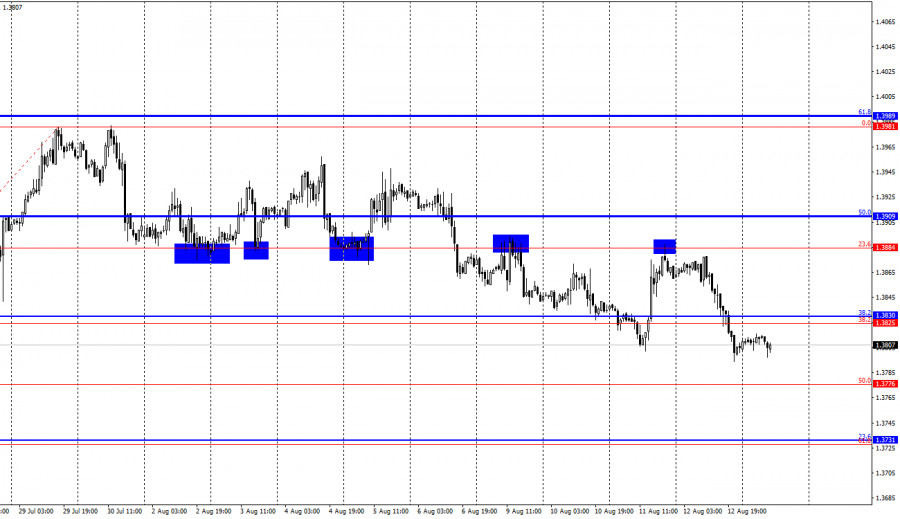 According to the hourly chart, the GBP/USD pair rebounded from the corrective level of 23.6% (1.3884) on the small Fibo grid, a reversal in favor of the US currency, and a fall to the level of 38.2% (1.3830) on the senior Fibo grid. Thus, the pound/dollar pair does not show a desire to stand still, and the fall of quotes can be continued in the direction of the next corrective level of 50.0% (1.3776) on the small Fibo grid. Yesterday, I noted that the reaction of traders to important reports on the state of the British economy was relatively weak. However, traders continued to sell the pound during the day, and the pair performed a noticeable drop by the end of the day. Let me remind you that the GDP report for the second quarter turned out to be neutral, as it completely coincided with the expectations of traders. But the report on industrial production for June disappointed, amounting to -0.7% m/m, although traders expected to see +0.3% m/m.

Thus, the pound fell yesterday for a reason. But will it continue its decline today, when there will be no important reports in either Britain or the US? If you look at the pair's movement over the past couple of weeks, it becomes clear that there is no question of any strong trend now. After almost every fall, a slightly less strong correction follows. Thus, I believe that today the pair will continue to fall in the direction of the corrective level of 50.0% (1.3776), or it will perform a reversal in favor of the British dollar and rise to the levels of 1.3850-1.3860. The information background is not even of an economic nature. Thus, it is unlikely to help the British or Americans. Traders show their complete disinterest in the news related to the coronavirus or the events in the US Congress, where the bill on infrastructure investment was approved. 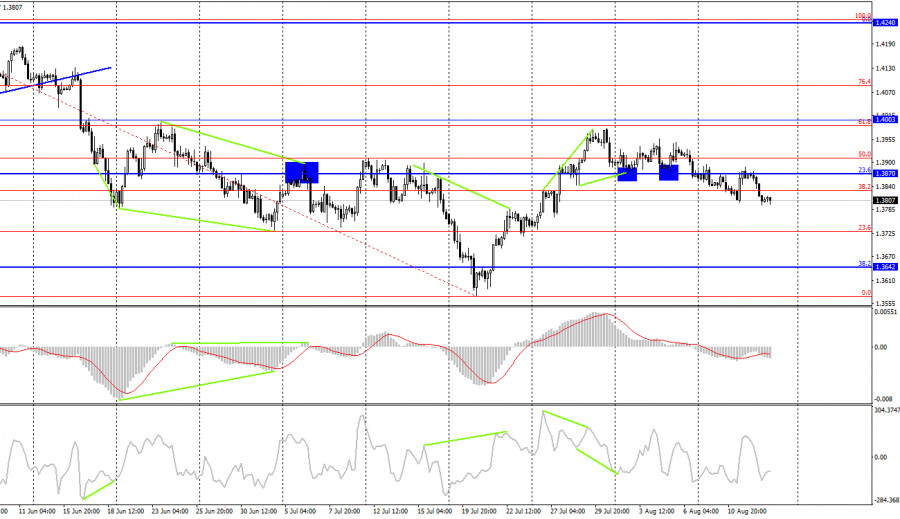 US - consumer sentiment index from the University of Michigan (14:00 UTC).

On Friday, the calendar of economic events in the UK does not contain any interesting entries. In the US, a passing report on consumer sentiment will be released. I believe that there will be no information background today unless something unexpected and unplanned happens. 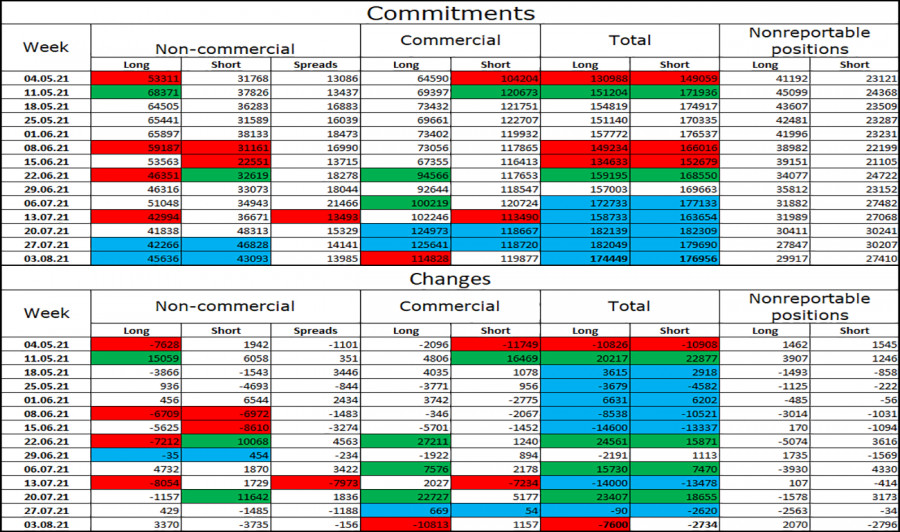 Interesting? Write a comment below.
 Forecast for GBP/USD on August 13 (COT report). Bear traders will try to push the pair to the level of 1.3776 today
Forward 
Backward 