Yesterday, the British pound had settled for a bit below the balance indicator line on the daily scale chart, today, having pushed off from it again, the pound continued to decline. 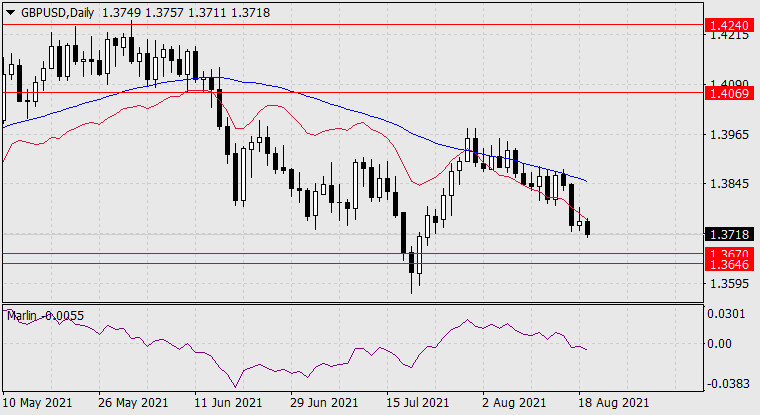 The Marlin Oscillator is also declining, being in the downward trend zone at this time. The target is the range 1.3646/70 - the area of the September 2017 peak and the MACD line on the weekly chart. 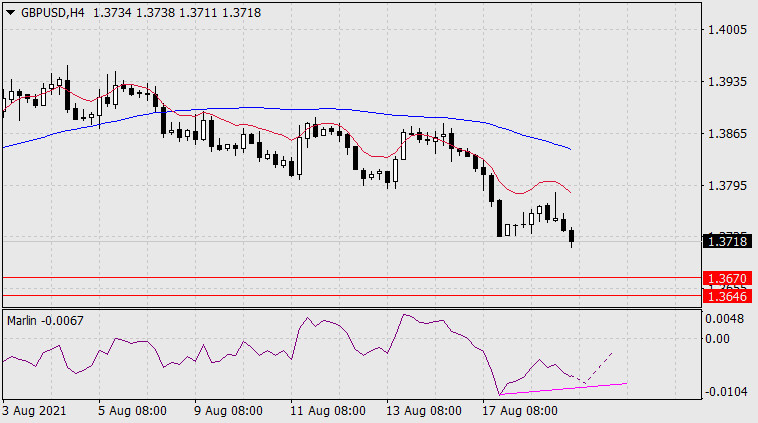 On the four-hour scale chart, it is noticeable that when the price reaches the specified range of 1.3646/70, convergence may form with the Marlin Oscillator. Taking into account the proximity of the MACD line of the weekly timeframe, we expect a correctional growth from the pound upon reaching the target range of about 130-140 points.