Last Thursday, the pound made a false exit above the MACD indicator line, and then it returned under it on Friday, overlapping the body of the Thursday candlestick. The Marlin Oscillator is turning down and we can conclude that a correctional decline is developing after all the growth since July 20. Consolidating above 1.3920 will open the target at 1.4069. 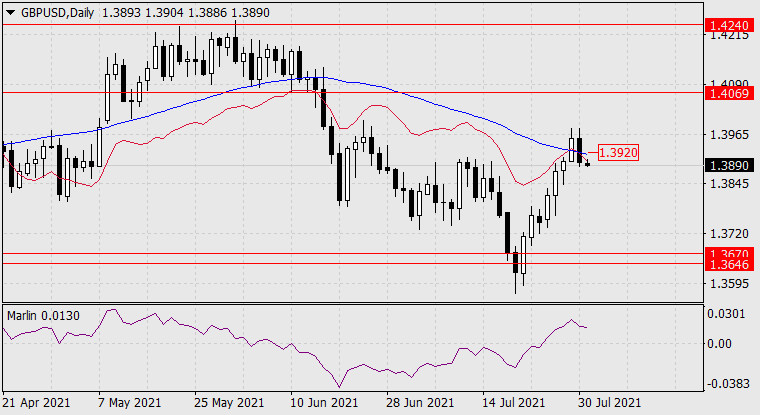 Let's define the correction targets on the four-hour scale. The closest target at 1.3926 is the 38.2% Fibonacci level, which coincides with the MACD line. Settling under the MACD line opens the next targets on the Fibonacci grid, where the maximum depth is seen in the range 1.3646/70, moving under which will mean a further mid-term decline. At the moment, we are counting on the standard scenario - a correction to 1.3826 with a subsequent price reversal into further growth. 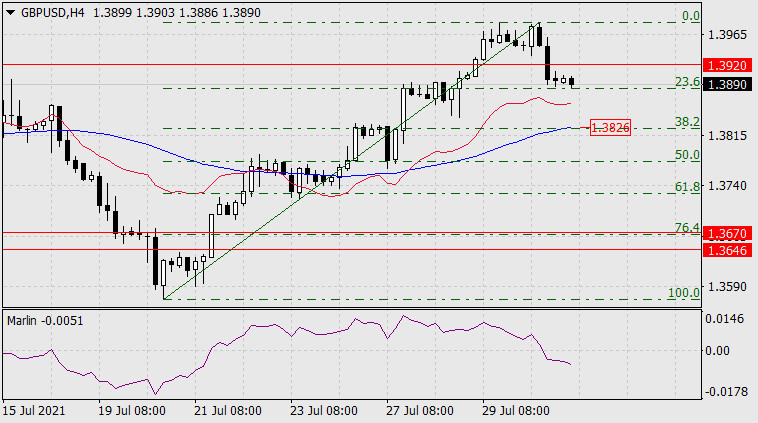