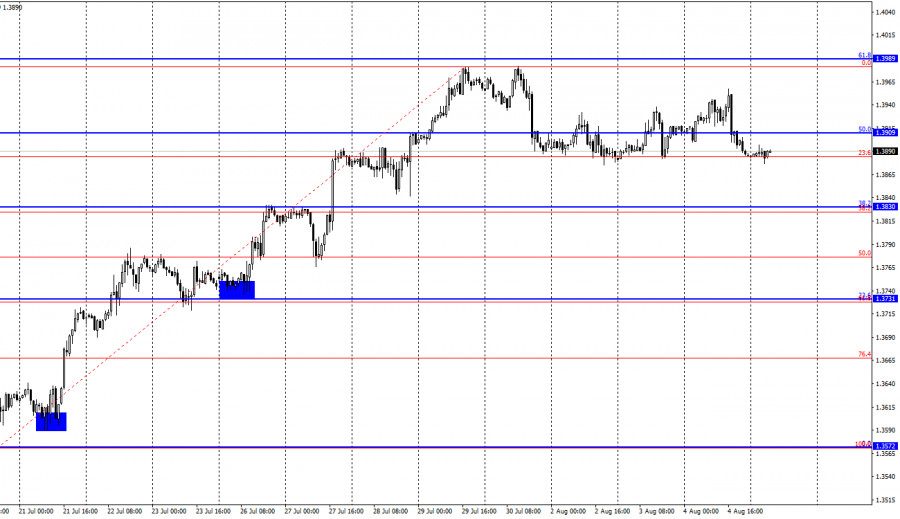 According to the hourly chart, the GBP/USD pair performed a new reversal in favor of the US currency yesterday and fell to the corrective level of 23.6% on the small Fibo grid, built on the last segment of the pair's growth. As you can see, it is from this level that the pair has already performed a rebound several times. Thus, this level is strong. Closing the pair's rate under it will work in favor of continuing the fall in the direction of the corrective level of 38.2% (1.3830). Another rebound will favor the British dollar and new growth in the direction of the Fibo level of 61.8% (1.3989 or slightly lower. However, these graphical signals today may be in the shadow of the Bank of England meeting results. In my recent reviews, I have already pointed out that traders are eager to get information from the regulator about the completion of the economic stimulus program, or at least a clear and accurate answer to the question of whether we should expect something like this in the coming months.

Andrew Bailey himself can answer this question at a press conference. Or the results of the vote on changing the QE program. In the last two times, the voting results were 0-1-8. 0-for an increase in QE, 1 - for a decrease, 8-without changes. If it turns out today that two MPC members are already in favor of a reduction, this may give them the confidence to bull traders, and the British dollar may grow up to the level of 1.4000. If everything remains the same and traders do not receive any "hawkish" information, the pound will probably stay where it spent most of the current week. We do not expect an increase in the "dovish" mood from the Bank of England and its governor, although in general, the rhetoric should remain exactly "dovish." Yesterday, there was only a report on business activity in the services sector in the UK, which increased by 1.8 points compared to June. The pound received modest support thanks to this report. Today, the activity of traders can grow many times. 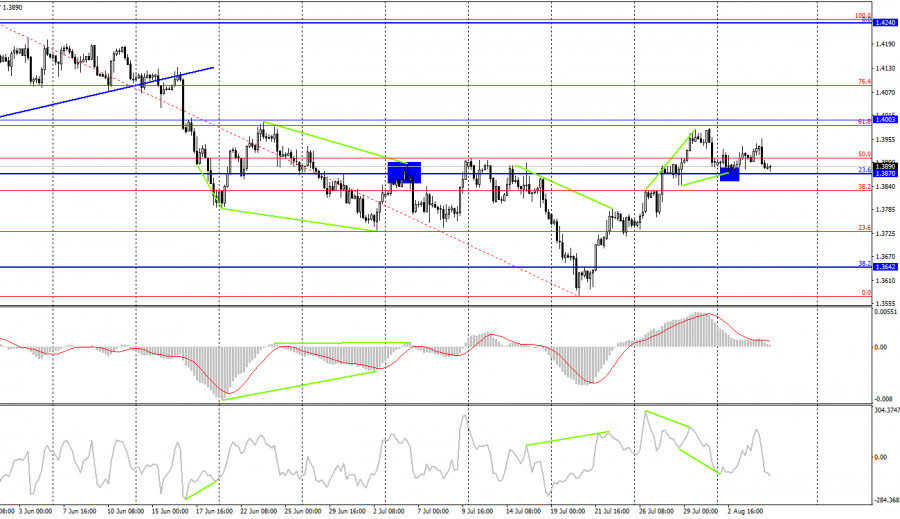 The GBP/USD pair on the 4-hour chart performed a new fall to the corrective level of 23.6% (1.3870). The formation of a bullish divergence at the CCI indicator and the last rebound from this level allows us to count on the resumption of growth in the direction of 1.4003. However, closing the pair's exchange rate under the corrective level of 23.6% will work in favor of the US currency and continue falling in the direction of the Fibo levels of 38.2% and 23.6% on the small Fibo grid (1.3829 and 1.3729).

UK - planned volume of asset purchases by the Bank of England (11:00 UTC).

UK - votes of the ILC members on the planned volume of asset purchases (11:00 UTC).

On Friday, all the day's main events will be related to the Bank of England, which will announce the results of its meeting and the vote results. Andrew Bailey will also speak, which can be very important from the point of view of obtaining new information. In the US, there are no important entries in the calendar of economic events today. 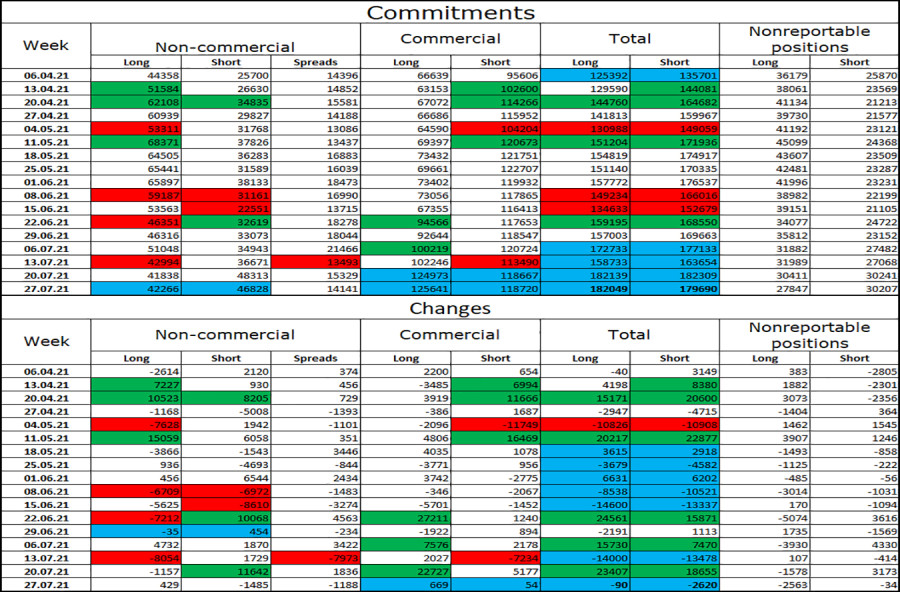 The latest COT report on July 27 for the pound showed that the mood of major players remains "bearish." During the reporting week, speculators closed 1,485 short contracts and opened 429 long contracts. As we can see, the changes are small, but the mood has become a little more "bullish." At the moment, the total number of contracts among all categories of traders is almost the same – 180-182 thousand each. The number of short contracts in the "Non-commercial" category of traders is also approximately equal to that of long contracts. Thus, judging by the COT reports, there is a global trend change for the British dollar, but at the same time, the full balance is maintained at this time. However, the pound is still more inclined to grow, and the chances of a new strong fall are purely theoretical. In the near future, major players may start repurchasing the pound.