Yesterday, the British pound did a very important job - it closed the day session over the resistance of the MACD indicator line. Now the price is ready to attack the target level of 1.4069, which will be signaled by the exit above the level 1.3957 - Wednesday's high. 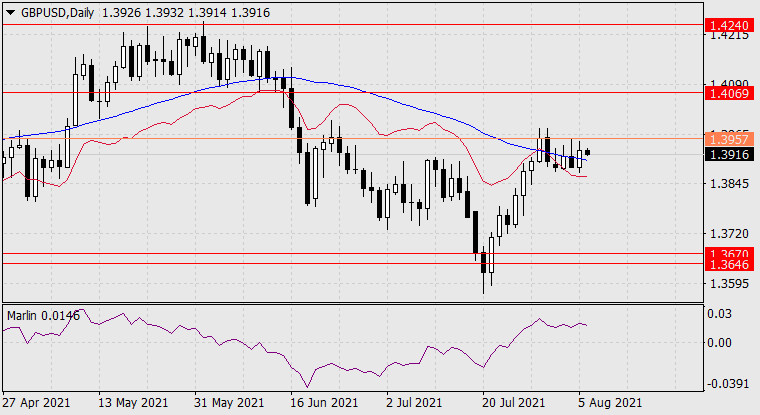 The Marlin Oscillator moves horizontally in a rising trend zone, which is also a predominant sign of further growth.

Yesterday, the price began to rise on a four-hour scale after a reversal from the MACD line - this is an independent signal for further growth in the short term (up to a week). 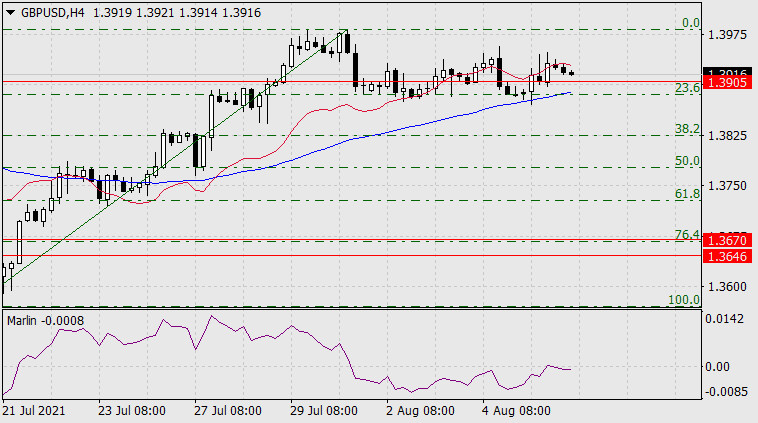 The signal line of the Marlin oscillator touched the border of the growth area, but of course there were no conditions for entering the growth area yesterday - the markets were anticipating today's US labor market report.

So, the technical signs of the British pound to the greatest extent, in comparison with other world currencies, indicate the likely weakening of the dollar on the release of the data. We are waiting for the development of events.