Last Friday, the British pound managed to go below the MACD indicator line on the daily chart, but remained above the balance indicator line. The Marlin Oscillator is declining in the growth area. In general, the situation appears to be corrective from the growth from July 20. 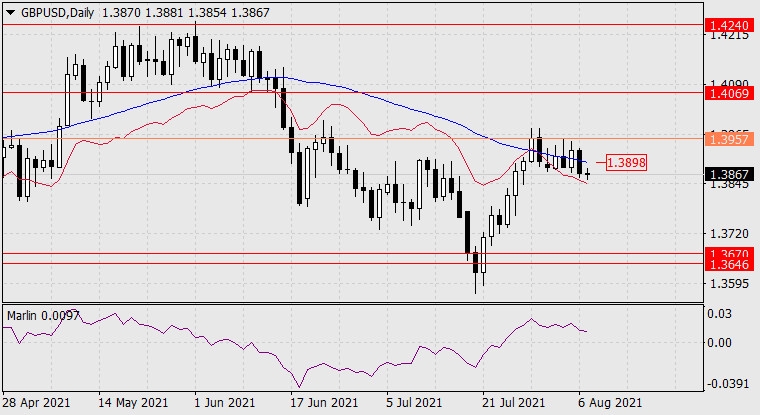 A breakthrough above the MACD line (1.3897) will be the first sign of the intent to attack the signal level of 1.3957, beyond which the target level of 1.4069 opens (peak on February 26, 2018). To consolidate the downward movement, the Marlin Oscillator must move into the negative zone, which may take two days. 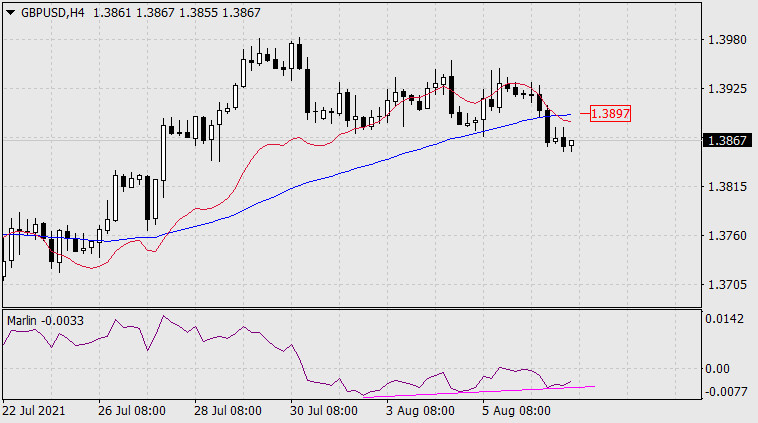 On the four-hour scale, the price has settled below the indicator lines, but a double divergence has already formed with the Marlin Oscillator. At the very least, this may mean some breathing space in the price before further decline. The growth limit is the MACD line at 1.3897, which fully coincides with the MACD line on the daily scale. The resistance is strong, we are waiting for the development of events.