The British pound collapses. It has updated the monthly low (1.3617) with the US currency during today's Asian session, and it seems that it will not stop there. The bearish traders are in full control of the pair – they have gained over 200 points this week. Moreover, fundamental factors such as the slowdown in the UK inflation, an increase in anti-risk sentiment due to the spread of the COVID-19 delta strain, and general strengthening of the US dollar amid good data on the growth of the US labor market, exert significant pressure on the GBP/USD pair.

In turn, the recent optimism associated with the results of the last meeting of the Bank of England (whose representatives did not rule out "a moderate tightening of monetary policy parameters") has completely disappeared. The latest inflation data made it clear that the British regulator may delay making hawkish decisions. As a result, the pound remained "one on one" with the strengthening US dollar, without any support from internal fundamental factors. 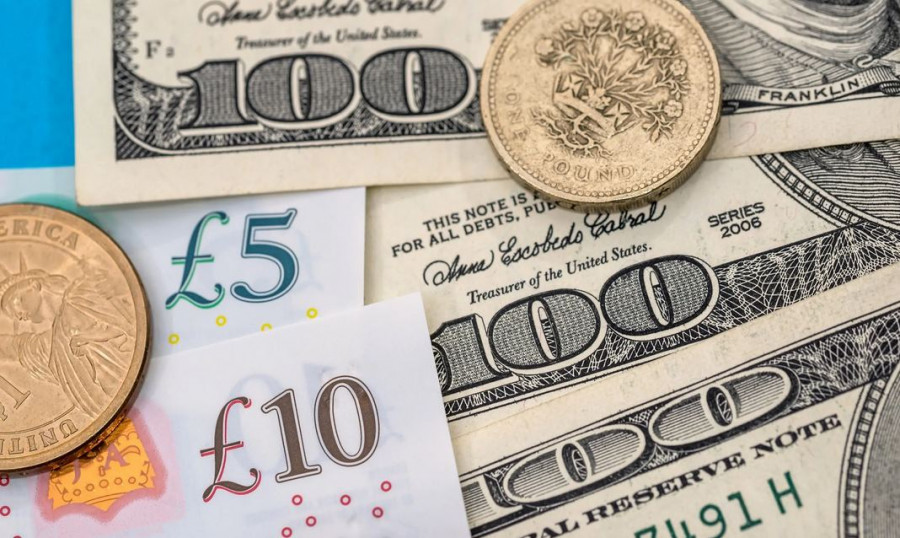 The disappointing inflation release was the last straw for traders who still believed in the British currency in the first half of the week in view of good data on the growth of the UK labor market. The unemployment rate returned to 4.7% again, which slightly increase to 4.8% last May. The indicator of the growth in the number of applications for unemployment benefits fell by almost 8 thousand. In turn, the average earnings growth rate was at the level of 8.8% (including bonuses) and 7.4% (excluding bonuses). This dynamic is explained by the struggle for personnel against the background of the maximum relaxation of quarantine restrictions in Britain. Companies posted more than one million new vacancies in July, thereby causing an increase in average wages.

The above figures held back the attack of dollar bulls. However, the slowdown in inflation indicators brought down the GBP/USD pair, leaving no hope for a trend reversal.

The inflation release was weaker than the weak forecasts. Most experts expected a slowdown in the main components, but the real figures were even worse. Thus, the overall consumer price index on a monthly basis declined to zero in July (with a growth forecast of up to 0.3%). In June, it came out at the level of 0.5%. In annual terms, the CPI also came out in the "red zone", slowing down to 2.0% (with growth forecast to 2.3%). The core inflation index came out at the level of 1.8%, while most experts expected to see it at the 2% mark. It is noteworthy that the core inflation indicator showed a consistent upward trend for four months (from March to June). Therefore, the July result disappointed not only with the "red color", but also with the likely end of the upward trend.

After the release, some experts suggested that British inflation had reached its peak, thereby confirming earlier forecasts of economists of the English regulator. A similar situation has developed in the United States, where the latest inflation release reflected a slowdown in the growth of key indicators. But the US dollar has coped with the temporary depression and is currently gaining momentum throughout the market. The "hawkish" expectations regarding the Fed's further actions are still strong among traders. These expectations are fueled by relevant comments from representatives of the Federal Reserve, who are lobbying for the idea of an early curtailment of QE.

In addition, the minutes of the Fed's last meeting made it clear that such scenarios were considered by the members of the regulator at the July meeting. According to the document, the participants of the meeting saw an opportunity to weaken the stimulating bond purchases this year if the situation continues to improve but is subject to significant further progress towards maximum employment. It can be recalled that the latest Nonfarm data, which, just the same, did not disappoint traders – all components came out in the "green zone", exceeding experts' expectations. In other words, the high probability of an early curtailment of QE and an interest rate increase at the end of next year pushes the US dollar up throughout the market, including in a pair with the pound.

The pound, in turn, cannot boast of support from the British regulator. Following the results of the last meeting of the Central Bank, it did not implement the most pessimistic scenarios, but it also did not please investors with a frankly hawkish attitude. And while maintaining a certain balance in its rhetoric, the regulator made it clear that everything will depend on the incoming data and the epidemiological situation in the country. Taking into account the latest inflation release, as well as medical reports (30-35 thousand new cases of COVID-19 are detected daily in the country), it can be assumed that the English regulator will not rush to tighten the parameters of monetary policy. 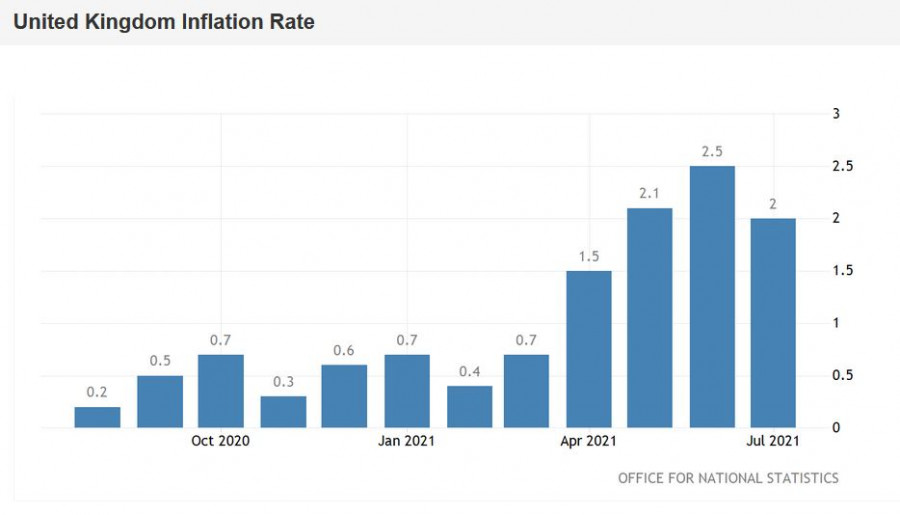 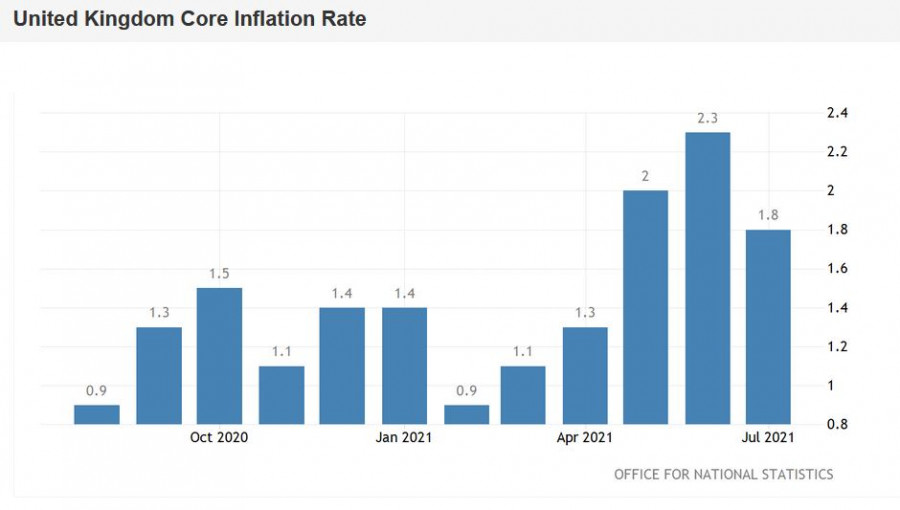 All this suggests that the downward trend for the GBP/USD pair has not exhausted itself. The vulnerability of the pound is obvious, while the US dollar continues to gain momentum all over the market. Therefore, any more or less large-scale upward correction can still be used to open short positions by the middle of the 35th figure. From the technical point of view, the pair on the daily chart is located between the middle and lower lines of the Bollinger Bands indicator, as well as under all the lines of the Ichimoku indicator, which indicates the priority of the downward movement. The main support level (the downward target) is the 1.3560 mark – this is the lower line of the Bollinger Bands, which coincides with the upper border of the Kumo cloud on the weekly chart.