GBP/USD: plan for the European session on August 12. COT reports. Pound gives signals to buy. We are waiting for the breakdown

Yesterday, the British pound gave some excellent signals not to buy in hopes of a bear market reversal and an upward correction. In the first half of the day, a buy signal was formed, which I described in detail in my afternoon forecast. Let's take a look at the 5 minute chart and talk about what happened. Although the bears managed to push the pound to the support of 1.3808, their activity dried up there, which resulted in forming a false breakout and a signal to buy the pound. A similar situation with a false breakout occurred in the second half of the day, and the pound rose after the US inflation report was published. Having achieved the breakdown of resistance at 1.3847, the bulls coped with the task and protected this level after a reverse test from top to bottom, which became another signal to open long positions with a subsequent rise to a high like 1.3883. The overall upward movement of the pound was about 80 points. Failure to settle above 1.3883 and a return under this level already in the middle of the US session - all this resulted in creating a sell signal with a downward movement of 20 points.

Quite important fundamental reports on the UK economy will be released today, which may affect the pair's succeeding direction. GDP is expected to grow by 4.8% in the second quarter, as well as a jump in industrial production by 0.3%. If the indicators turn out to be better than economists' forecasts, the pound will soar to new highs. In case we receive weaker reports, in order to continue the upward correction, the bulls will need to protect the support at 1.3847, where the moving averages are now located, playing on the side of the pound bulls. I advise you to open long positions only if a false breakout is formed at this level, in order to restore the pair to the first resistance of 1.3886, which the pair could not surpass yesterday. The breakthrough and test of this area from top to bottom will create another point to buy the pound with the expectation of a return to the high of 1.3926, where I recommend taking profits. The next target will be the resistance at 1.3955. If the bulls are not active in the 1.3847 area, I advise you not to rush to buy. The best solution would be long positions immediately on the rebound from the larger support at 1.3812, or even lower - from the low of 1.3769 with the aim of an upward correction of GBP/USD by 20-25 points upward within the day. 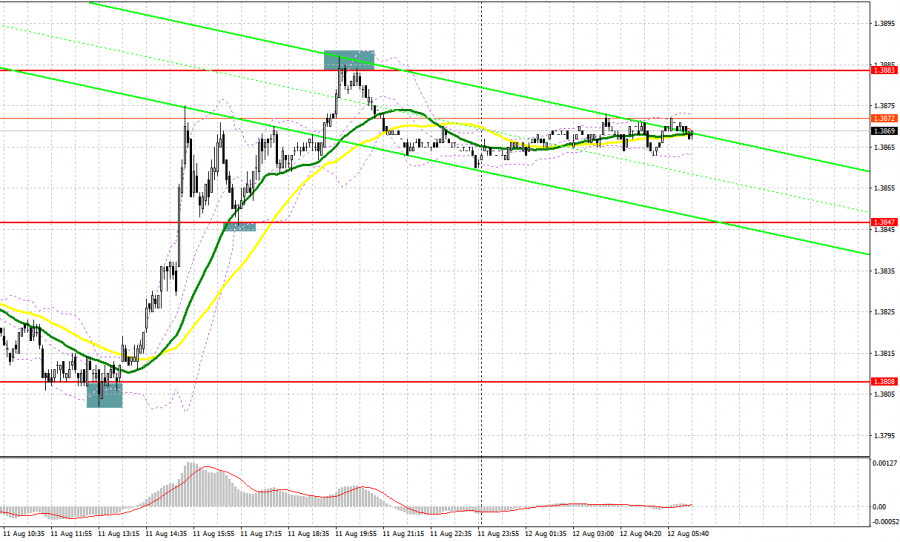 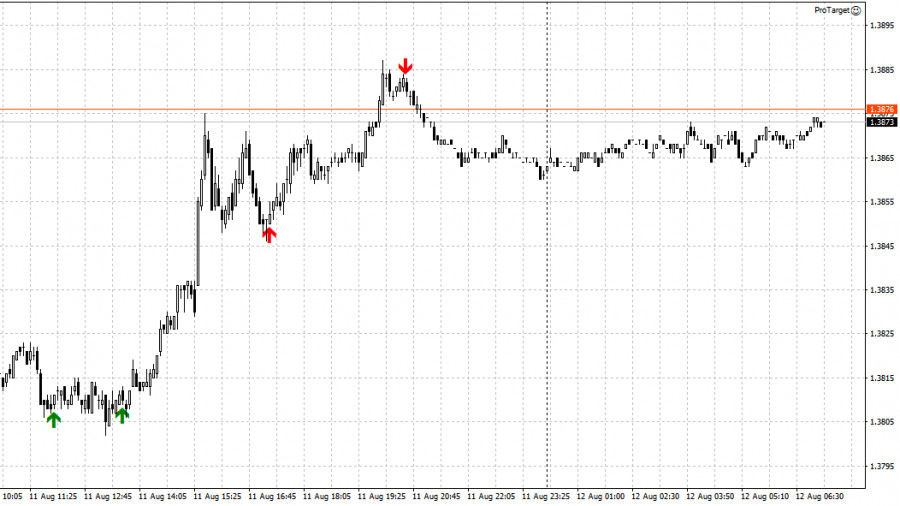 The initial task of the bears is to protect resistance at 1.3886, above which it was not possible to break through yesterday. Weak data on the growth of the UK economy in the second quarter of this year (which is unlikely) will help the bears form a false breakout at 1.3886, which will return pressure to the pound and create a signal to open short positions with the aim of pulling down the pair to a low like 1.3847. A breakdown of this level with a reverse test from the bottom up will push GBP/USD even lower - to 1.3812, where I recommend taking profits, since it will not be so easy to break through the area below the monthly lows. If the bears are not active around 1.3886 and we receive strong fundamental reports, I advise you to postpone selling until the next major resistance at 1.3926. I also recommend opening short positions from there only if a false breakout is formed. Selling GBP/USD immediately on a rebound is possible from the local high in the 1.3955 area, counting on a downward correction of 25-30 points within the day. 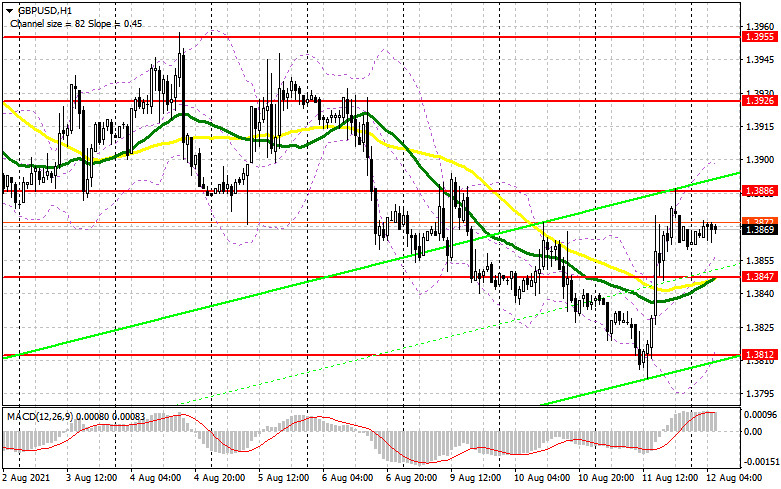 The Commitment of Traders (COT) reports for August 3 showed a reduction in short positions, and a sharp rise in long ones. All this is explained by the results of the Bank of England meeting, where representatives again started talking that in the near future the attitude to monetary policy will change towards tightening. This brought back the demand for the British pound that slept all week, which made it possible to change the balance of power in the net position. The panic after the lifting of all quarantine restrictions in the UK has also receded, which allows the economy to continue to breathe deeply. There is little pressure on the pound right now, but it is mainly due to the strong performance in the US economy and labor market. However, I advise you to stick to the strategy of buying the pound every time it significantly drops, as the big players do. The COT report indicated that long non-commercial positions rose 41,194 to 43,119, while short non-commercial positions fell from 46,878 to 43,205, indicating continued buying from major players. As a result, the non-commercial net position remained negative and amounted to -86 against -5,684 a week earlier. Last week's closing price jumped from 1.3826 to 1.3891.

Trading above 30 and 50 moving averages indicates a bullish market in the short term.

Interesting? Write a comment below.
 GBP/USD: plan for the European session on August 12. COT reports. Pound gives signals to buy. We are waiting for the breakdown
Forward 
Backward 