GBP/USD. The results of the Bank of England meeting: cautious hawkish hints and the pound's growth

Following the results of today's meeting, the Bank of England (BoE) left all the parameters of monetary policy in the same form. The British central bank kept the base interest rate at 0.1%, and the limit of funds for the purchase of assets at the level of 895 billion pounds. In general, today's meeting can be called a "passing" one.

The central bank did not implement the most pessimistic scenarios, but also did not please investors with a blatant hawkish attitude. While maintaining a certain balance in its rhetoric, the central bank made it clear that everything will depend on the incoming data and the epidemiological situation in the country. The result of today's meeting can be characterized by only one question mark – the central bank, on the one hand, did not rule out tightening the parameters of monetary policy, but at the same time designated the priority of the basic scenario, which assumes the preservation of a wait-and-see position. In the conditions of such uncertainty, GBP/USD traders could not determine the vector of price movement following the results of the meeting. Initially, the pair jumped and tested the resistance level of 1.3950, then collapsed to the support level of 1.3870 (the price has not decreased below this target for the second week). However, neither the bulls nor the bears were able to develop the corresponding impulses: the pound remained within the price range of 1.3870-1.3950. 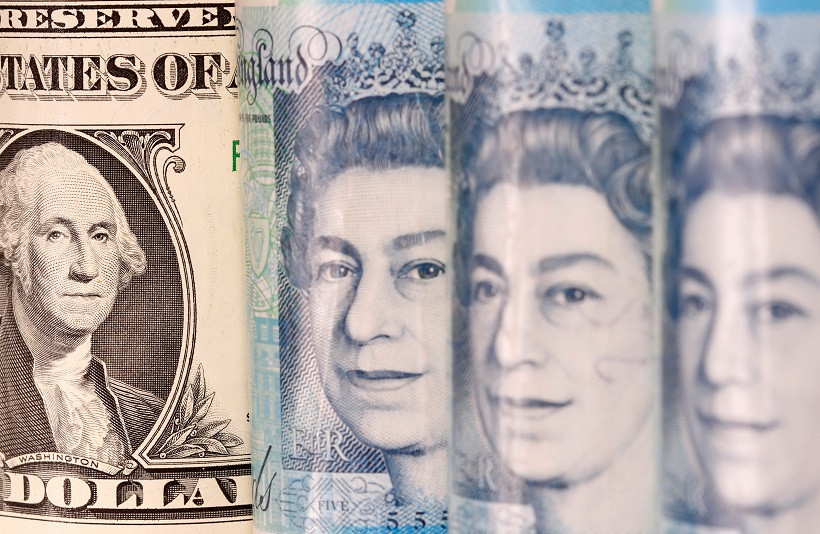 And yet, a few hours after the announcement of the results of the August meeting, the scales tipped in the direction of GBP/USD bulls. It can be assumed that if it were not for tomorrow's Non-Farms, the pound would test the 40th figure, even despite some dovish remarks by BoE Governor Andrew Bailey. But the market "does not tolerate the subjunctive mood", so the pair's traders are forced to consider the risk of a possible strengthening of the greenback following the results of tomorrow's publication.

Nevertheless, the British currency will no longer blindly follow the greenback - if the dollar bulls do not strengthen their positions tomorrow, the pound may start an "independent game", aiming at the 40th figure. By and large, today the pound got rid of the heavy anchor that exerted background pressure on the GBP/USD.

The fact is that on the eve of the August meeting, some representatives of the Federal Reserve voiced a rather dovish position, even allowing for a reduction in the interest rate. In particular, central bank official Catherine Mann, who will join the Monetary Policy Committee from September 1 (replacing Gertjan Vlieghe), recently ruled out tightening the parameters of monetary policy in the foreseeable future. Moreover, it allowed the option of reducing the rate in the negative area. Other representatives of the BoE, in particular, Jonathan Haskel and Ben Broadbent, also opposed the tightening of monetary policy parameters. They did not talk about a rate cut, but their positions were quite dovish in nature.

Given such previous rhetoric, the optimistic and expectant results of the August meeting of the British central bank were "cheered" by GBP/USD traders. The main theses of the accompanying statement repeated the theses of previous meetings, so the main attention was focused on the rhetoric of Bailey. He tried to maintain a certain balance in his comments, but in the end, traders interpreted his words in favor of the British currency.

For example, he said that basic wage growth has reached the levels noted before the pandemic. The increase in inflation, according to Bailey, is due to the rise in the cost of goods, disruptions in supply chains and the rise in the cost of energy. At the same time, the head of the BoE stressed that the central bank will not "reflexively" react to the growth of inflation indicators by hastily curtailing QE and raising the interest rate. According to the head of the central bank, the fate of QE depends on the further dynamics of inflation. For example, the members of the central bank believe that the current increase in inflation is temporary, and by the end of this year, inflationary pressure will decrease. "Therefore, the Committee will focus on the medium-term prospects for inflation, and not on transitional factors," Bailey stressed. And here he voiced the most important phrase, which, in my opinion, provoked the growth of the British currency: "if the economy, inflation and the labor market continue to grow, then some moderate tightening of monetary policy parameters will probably be required."

It should be recalled here that, according to the latest data, the June consumer price index in Britain jumped to 2.5% in annual terms – this is the highest growth rate since September 2018 (by the way, it was at that time that the BoE raised the interest rate from 0.5% to 0.75%). On a monthly basis, the overall CPI rose to 0.5%, also exceeding the forecast values. The core consumer price index also showed a similar dynamic – in June it jumped to 2.3% instead of the expected growth to the two percent mark. The retail price index also pleased investors, jumping to 3.9% y/y (a multi-year high). If the July figures (the release is expected on August 18) comes out again in the green zone, hawkish expectations regarding the first steps on the part of the central bank to normalize monetary policy will largely increase in the market. 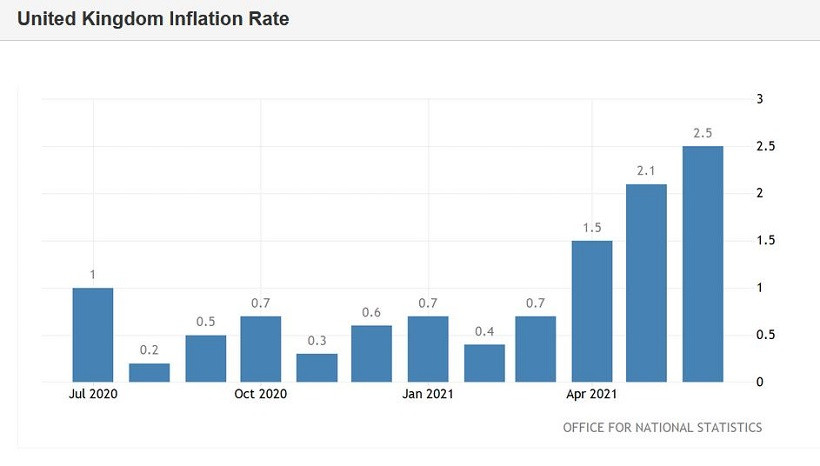 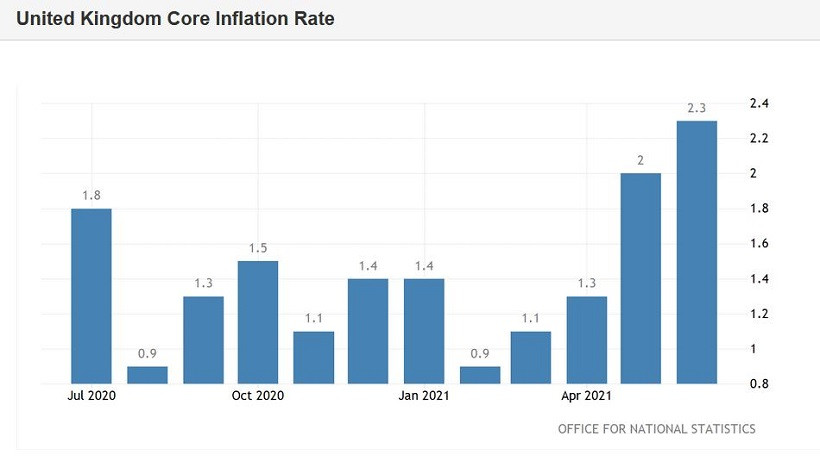 Thus, the results of the August meeting of the BoE were in favor of the British currency, despite the very restrained rhetoric of Bailey. Traders were clearly in a more dovish mood, so the key messages from the head of the central bank helped GBP/USD bulls to approach the upper border of the 1.3870-1.3950 range, within which the pair has been trading since July 29. However, traders were unable to overcome the resistance level. This speaks of their indecision on the eve of tomorrow's Nonfarm, which can either significantly strengthen the position of the greenback, or bring it down throughout the market. Therefore, it is advisable to make trading decisions on the pair after Friday's release. If the data on the labor market disappoint investors, for the GBP/USD pair, longs will be in priority - with the first target at 1.3950 (the lower border of the Kumo cloud on D1) and the main target at 1.4000 (the upper border of this cloud).

Interesting? Write a comment below.
 GBP/USD. The results of the Bank of England meeting: cautious hawkish hints and the pound's growth
Forward 
Backward 