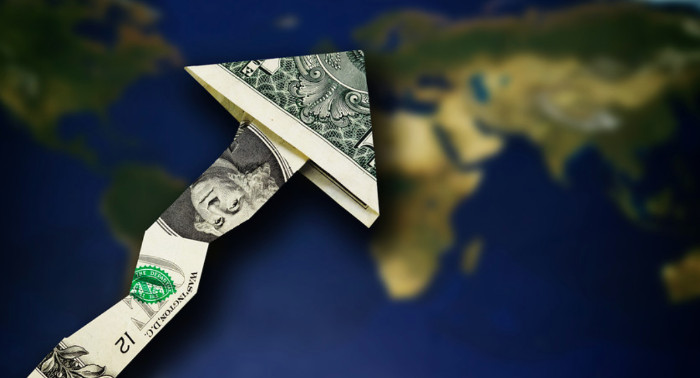 The rising greenback exerts pressure on the commodity market. Besides, investors are expecting the Fed to hint at the upcoming tapering of the bond-buying program. Commodities are also facing selling pressure due to upbeat US data. This is why traders are waiting for the Fed's comments with bated breath, especially after a number of strong reports on the US labor market. The US currency continued to grow on Tuesday. So, at the time of preparing this article, the US dollar was trading at 93.08 against a basket of six major currencies (after previously rising above 93 for the first time since the beginning of April).

Encouraging data on the labor market in the United States for July, which showed the creation of almost a million new jobs, may signal the upcoming tapering of the bond-buying program this year. Next year, the regulator may raise the interest rate.

Several high-ranking Fed officials are scheduled to give a speech this week. Some of them confirmed expectations about the curtailment of the bond purchases. Atlanta Federal Reserve Bank President Raphael Bostic said "he is eyeing the fourth quarter for the start of a bond-purchase tapering but is open to an even earlier start if the job market keeps up its recent torrid pace of improvement." His colleague from Boston, Eric Rosengren, even suggests starting the reduction next month. This Wednesday, President of the Federal Reserve Bank of Kansas City Esther George will give a speech.

The US currency is rising higher amid the statements of Bostic and Rosengren. Nevertheless, the upcoming publication of US inflation data, which is scheduled to be released on Wednesday, may significantly affect the US dollar.

Apart from the strengthening greenback, commodities are dropping due to new quarantine restrictions in China. So far, oil and gold have declined the most.

On Monday, the price of gold showed strong fluctuations. This morning, it was growing again as part of a correction. At the time of preparation of the article, the price of gold futures for December rose by 0.54%, to $1,722 per troy ounce. A day earlier, this indicator fell below $1,700 for the first time since March 31.

What is more, the rise in the yields of 10-year government bonds also weighed on gold. The simultaneous growth of the US dollar and US Treasuries triggered a big decrease in long positions.

This year, gold has been experiencing not its best times. The difficulties began in August 2020 when it nosedived from a record high above $2,000. Then, for several months it has been hovering at the same level. When the first successes in the development of a coronavirus vaccine were announced in November, gold began to constantly move down. At some point, gold prices approached almost an 11-month low, dropping below $1,674. In May, the quote managed to rebound to the level of $1,905. Yet, this euphoria did not last long. Bears took the upper hand again. As a result, the price fluctuated between the levels of $1,700 and $1,800.

Oil suffered noticeable losses during yesterday's trading session. Since the beginning of active vaccination of the population in the United States and a reduction in oil output by OPEC+ countries, oil has been steadily trading above $70 per barrel for the last two months. Last week, the energy market stumbled. It lost as much as 7%. Yesterday, by the afternoon of the Singapore session, WTI and Brent crude oil collapsed by 2%. Currently, they are trading below $70 per barrel, which is now considered a normal price for oil.

The reason for the sell-off was new outbreaks of the delta strain in China, which led to a tightening of the social distancing measures in the country. Oil prices fell because of the prospects for a gradual tapering of bond purchases as well as the strengthening of the US dollar in which WTI contracts are denominated. A strong dollar automatically makes US oil more expensive for other countries.

New coronavirus restrictions in Asian countries, especially in China, increase the risks of weakening global fuel demand. A large number of flights have already been canceled in China. In 144 regions the authorities have restricted the operation of public transport and taxi services. Last week, the Beijing health authorities announced the cancellation of all exhibitions and other public events until the end of August. The previously published data on the trade balance for July showed a decrease in the volume of Chinese oil imports compared to the previous month.

This week, speculators are awaiting data on oil crude inventories in the United States (on Wednesday), monthly reports from OPEC as well as from the International Energy Agency (on Thursday). Taking into account all the risks, oil prices are likely to decline further.