The data on open vacancies in the United States presented an unexpected surprise, and their number increased from 9,483 thousand to 10,073 thousand, instead of being reduced to 9,000 thousand. Moreover, the previous data were revised up. It is not surprising that the content of the report of the United States Department of Labor exceeded all the wildest expectations, and the unemployment rate showed an unprecedented decline. If there are so many open vacancies in the labor market, then employment simply has to grow. So, the local correction for the single European currency had to be postponed somewhat, and instead we observed a further growth of the dollar. And it is not strange, but this only increased the overbought dollar, and the need for a local correction only increased. The only trouble is that the macroeconomic calendar is completely empty today, so formally, there seems to be no reason for a correction. Therefore, it is likely that the market will go into a pronounced sideways movement. However, inflation data in the United States is published tomorrow, and investors should prepare for such a significant event. In other words, we may see a gradual weakening of the positions of the US currency during the day. 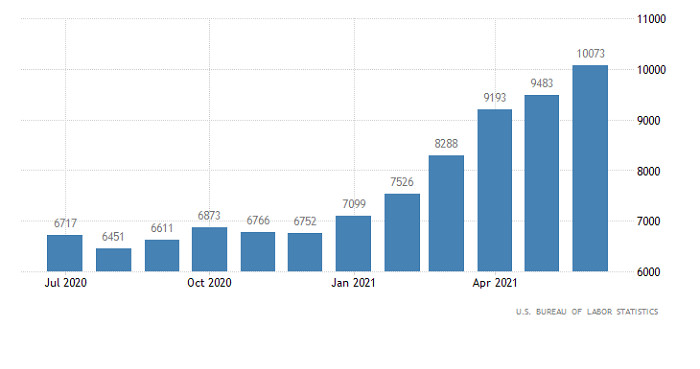 The EUR/USD pair managed to overcome the base of July 21 - 1.1752 during an intense downward move, where the interest from sellers only increased. The inertial movement pushes the quote towards the local minimum of the current year, which can lead to a sharp reduction in the volume of short positions.

The average daily volatility since the beginning of August is 47 points, which is considered a normal indicator of the dynamics of the EUR/USD currency pair.

The base of 2021, represented by the price value of 1.1704, may lead to a slowdown in the downward course and, as a result, a technical rebound.

Complex indicator analysis has a sell signal on the short-term and intraday period, due to an intensive downward move. 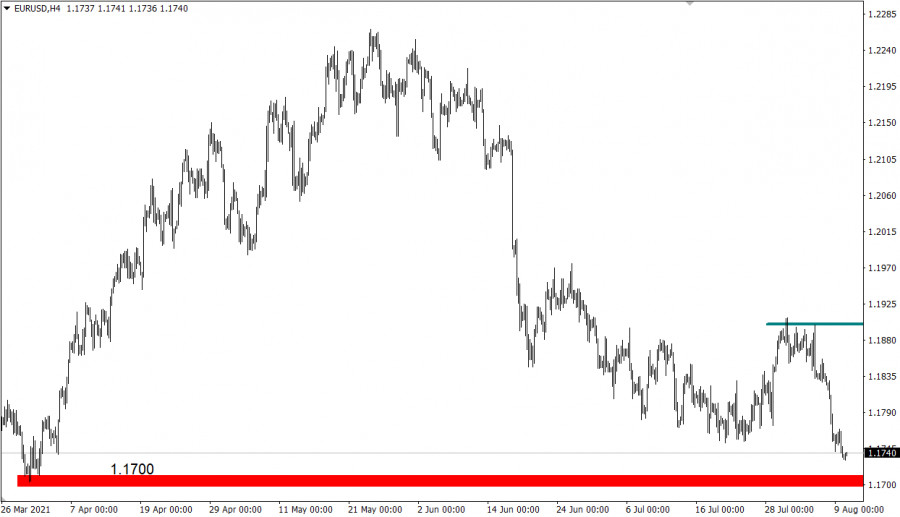