Despite the fact that quite a lot of macroeconomic data was published yesterday, the single European currency was essentially standing still all day. By and large, it is rather necessary to say that the market simply ignored all this data, because otherwise, we would have seen much more activity. In particular, during the European session, we could observe a decline in the single European currency, after it became known that the growth rate of industrial production slowed from 20.6% to 9.7%. After all, a slowdown to 10.9% was expected. But the annual values are still distorted by the effect of a low base, and it is quite difficult to draw any conclusions based on them. To do this, it is necessary to pay attention to the monthly data, with which everything is quite bad, since instead of remaining unchanged, the volume of industrial production decreased by -0.3%. Nevertheless, the single European currency stood still. 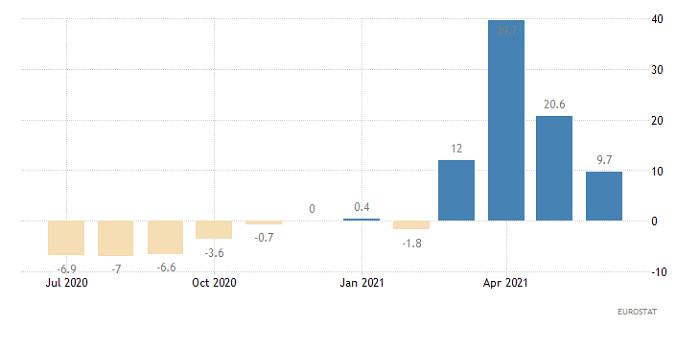 Everything can be attributed to the fact that the data on industrial production are somewhat of a secondary nature, and if the market reacts to them, then not so much. However, the market also ignored the American macroeconomic statistics, particularly, the data on applications for unemployment benefits, which in general turned out to be better than forecasts. And although the number of initial appeals decreased by only 12 thousand, instead of the expected 20 thousand, the number of repeated appeals decreased by 114 thousand, while they should have been reduced by 80 thousand. However, there is one rather significant point, which is the producer price index, which increased from 7.3% to 7.8%. We expected an acceleration in the growth rate of producer prices to 7.5%. And the increase in producer prices indicates the possibility of a further increase in inflation. This could frighten market participants and completely offset the positive effect of reducing the number of applications for unemployment benefits. 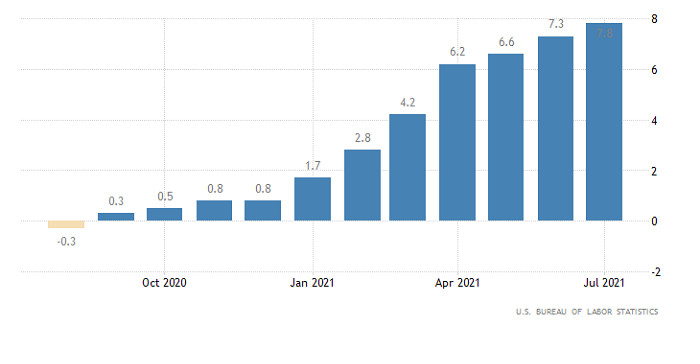 The EUR/USD currency pair after the price rebound from the support level of 1.1700, there was a price stagnation in the boundaries of 1.1725/1.1755. A decline in volatility signals a cumulative effect. This can lead to an acceleration and growth of speculative operations.

Judging by the trading chart on the scale of the daily period, a descending cycle from the beginning of June is visible. It led to a complete recovery of downward interest in the market. The base of 2021 serves as the support level for the downward course.

Market participants will consider an upward movement if the price stays above the 1.1770 coordinate, opening the way for the Fibo direction of the 38.2 and 61.8 levels.

Complex indicator analysis has a variable signal on the minute and hour periods, due to price stagnation. The daily period signals a sale, due to a rapid downward move. 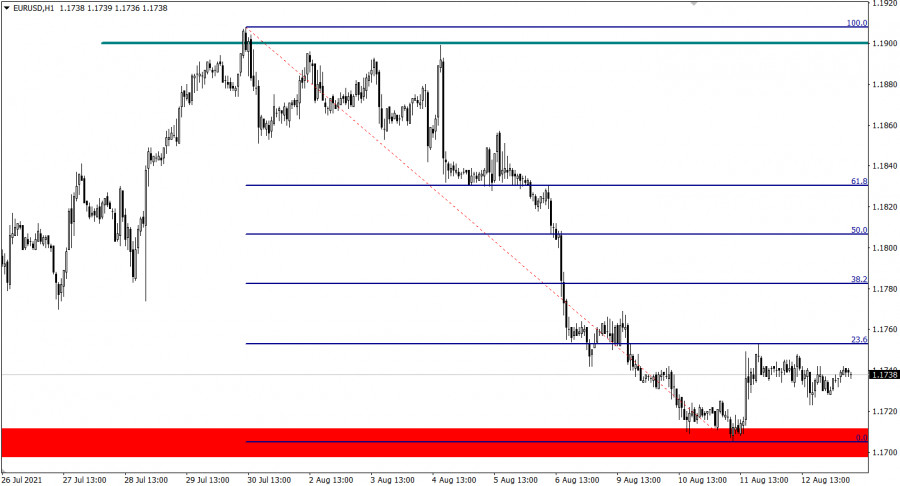