The global increase in inflation is undoubtedly the main problem for the world economy, as it can undermine the pace of post-crisis recovery. It is not unreasonable to fear that rising prices may lead to an even deeper economic downturn, or even to a full-fledged depression. This is only what lies on the surface, and something else is much scarier. An increase in inflation can only theoretically affect the pace of economic growth, because there are many examples in history of how certain economies showed quite good economic growth rates in conditions of high inflation. The problem is that the growth of consumer prices primarily affects both the poorest segments of the population and the middle class. The washing out of this very middle class has been talked about for quite a long time, and a rapid increase in inflation can send it to the dustbin of history.

In such a situation, only the richest will benefit from economic growth. In other words, the current situation with consumer prices will only increase the gap between rich and poor. And this question has been heard more and more often in recent years, at least in a professional academic environment. Economists have no doubt that the excessive concentration of wealth in the hands of the richest has disastrous consequences. The most striking manifestation of them is the growing social tension in society, which spills out in the form of mass street protests, riots, and the like. All this clearly cannot contribute to uniform and sustainable economic growth. And if the growth of inflation at least stops, it will become an incredibly positive moment. This is exactly what is expected from the inflation data in the United States today. At the same time, these are almost the worst forecasts. There is a well-founded assumption that inflation will slow down from 5.4% to 5.3%. In any case, this will be an exceptionally positive factor for the dollar, contributing to its growth. So, only a sudden increase in inflation, which in principle no one believes now, will cause the pound to grow. 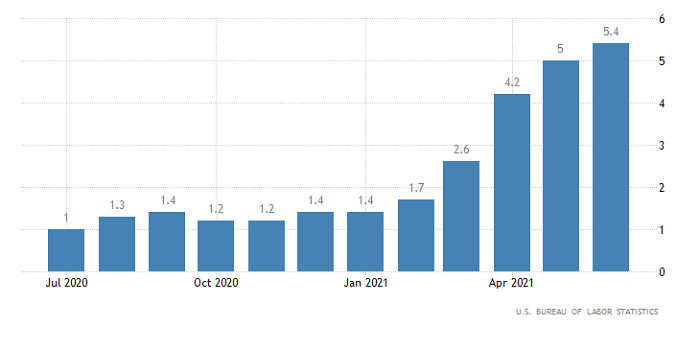 The GBP/USD currency pair is moving on a downward trajectory from the resistance level of 1.4000. A number of price values have already been passed on the way of sellers, where at this moment the level of 1.3825 serves as a variable support.

Judging by the Fibonacci lines, the level of the variable support 1.3825 has an intersection with the Fibo 38.2 line.

The downward interest is still relevant in the market, but in order for a new round of short positions to arise, the quote needs to stay lower than 1.3800. This will open the way in the direction of 1.3775-1.3725.

An alternative scenario of the market development considers a slowdown in the downward course in the area of a variable support, where holding the price higher than 1.3850 may signal a pullback stage. 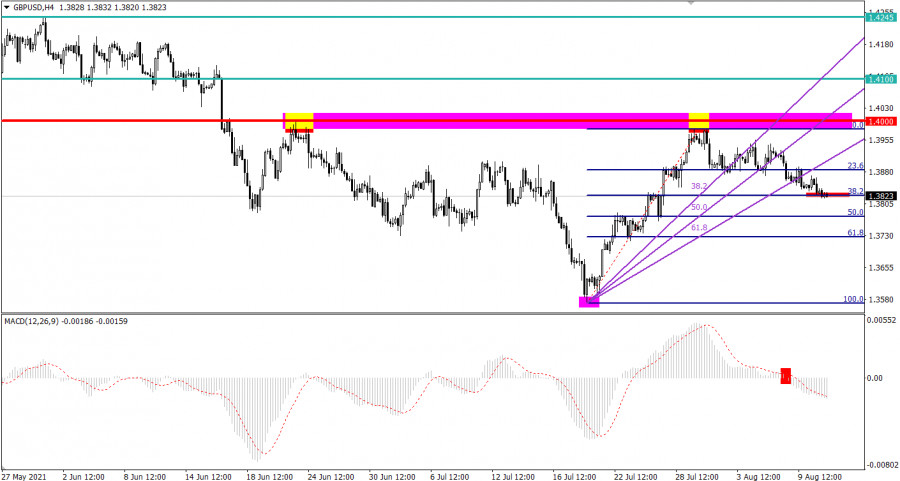