The preliminary assessment of business activity indices in the UK turned out to be worse than forecasts. Only the manufacturing index came out slightly better than expected, which fell from 60.4 points to 60.1 points, with a forecast of 59.1 points. But the index of business activity in the service sector fell from 59.6 points to 55.5 points, even though it was expected to decline to 58.8 points. However, the composite index of business activity was very surprising, it fell from 59.2 points to 55.3 points. This is not shocking because we expected a decline to only 58.9 points, but because of the fact that its value is lower than its two components. It is mathematically impossible for a composite index to be lower than both the production and the index in the service sector. It is obvious that we are talking about an error, so during the publication of the final data there will be a noticeable adjustment, either of the composite index in a larger direction, or both of its components in a smaller one. This, of course, will lead to a sharp increase in volatility. Probably it was this discrepancy that led to the fact that the market mostly ignored these data, and the pound continued its sluggish growth. 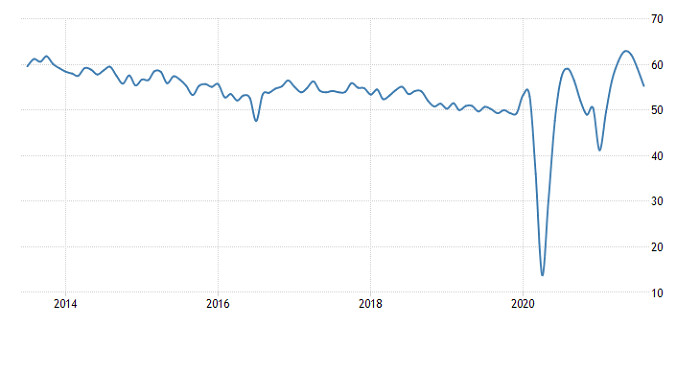 This process continued after the publication of similar data in the United States. However, there were no oddities in this case, despite the fact that the data also turned out to be noticeably worse than forecasts. Thus, the index of business activity in the service sector literally collapsed from 59.9 points to 55.2 points, with a forecast of 59.0 points. The manufacturing index fell from 63.4 points to 61.2 points, while a decline to 63.0 points was expected. As a result, the composite index of business activity decreased from 59.9 points to 55.4 points. We expected a decline to 59.0 points. So, it is not surprising that the dollar continued to lose its positions, as a result of which it was possible to complete a long, overdue correction. And now, the market is frozen in anticipation of new trading ideas. But today everything looks bad for them. Unlike yesterday, the macroeconomic calendar is absolutely empty, and apparently, the market will be marking time. 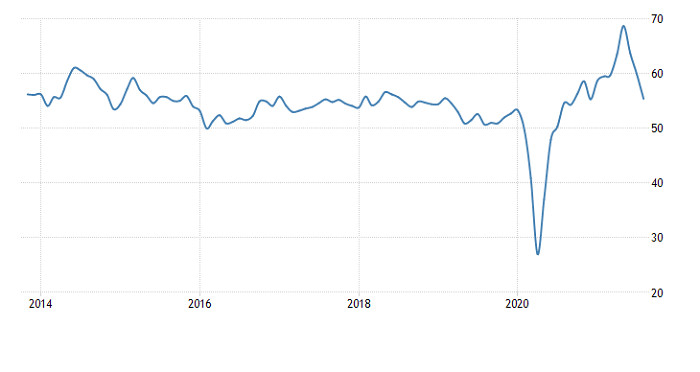 The British currency lost almost 2% of its value during the past week, this is a strong price change. A high level of oversold conditions led to a correction move in the market. The local change of trading interests has already returned the quote to the value of 1.3750, this is the intersection of the Fibo level of 38.2.

The RSI technical indicator confirms the correction move by crossing the 50 level from the bottom up.

The daily trading chart shows a descending cycle from the psychological level of 1.4000. The recovery of the downward course relative to July 21-30 is 92%.

The completion of the correction move is possible in the area of the Fibonacci line 38.2-1.3790. At these levels, the RSI indicator will be close to the signal that the pound is overbought.

A comprehensive indicator analysis gives a buy signal based on short-term and intraday periods, due to a correction. The medium-term period is focused on selling, due to the downward cycle from the level of 1.4000. 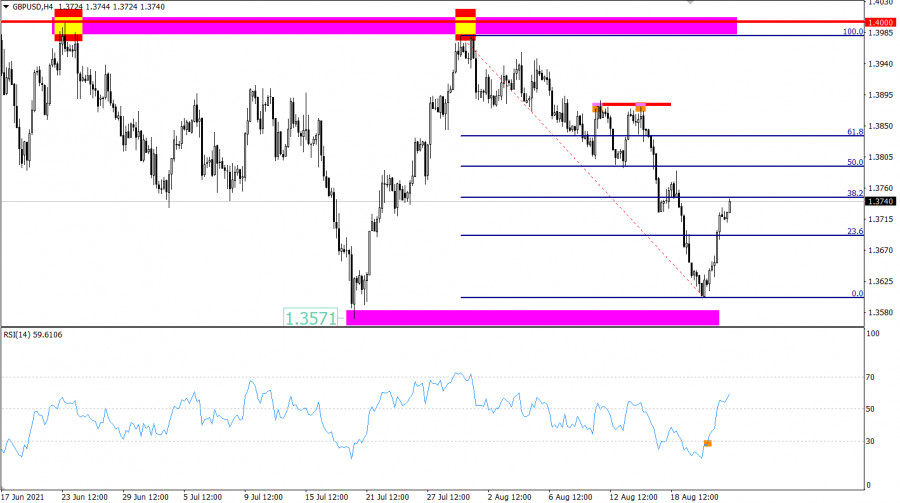