More and more Fed members are prone to start tapering the bond-buying program. Ahead of the Jackson Hole Symposium, three representatives of the central bank called for quick actions regarding the reduction of QE even despite the risk associated with a new Delta strain. Besides, some experts forecast a surge in new cases this fall. CEO of the Federal Reserve Bank of Dallas Robert Kaplan said that the central bank should begin to taper its monthly purchases of Treasury bonds in October. St. Louis Federal Reserve President James Bullard also believes that that the Fed may begin to wind down its asset purchases in September, before fully ending the asset purchase program in the first quarter of 2022. "We're expecting a good year, a good reopening. But this is a bigger year than we were expecting, more inflation than we were expecting. I think it's natural that we've tilted a little bit more hawkish here to contain inflationary pressures," he said. Kansas City Federal Reserve President Esther George is also sure that the Fed needs to tighten monetary policy. However, she did not specify when it may happen 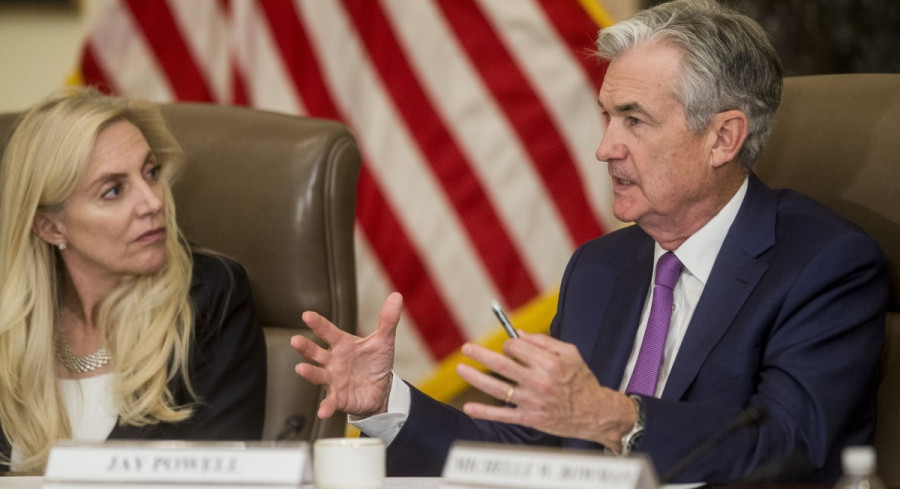 Despite all the calls for monetary tightening, Fed Chairman Jerome Powell is likely to stick to a more cautious and patient approach. He will express his opinion on the prospects during a virtual speech on Friday. The very fact that the meeting will be virtual already indicates that no serious statements will be made. Everything is likely to be rather predictable. Powell will once again repeat everything he said during the July meeting of the Federal Reserve System. The increase in the number of coronavirus cases affected the initial plan for a personal meeting in Jackson Hole. This circumstance may also force Jerome Powell to continue to adhere to a soft monetary policy. He is scheduled to give his testimony today at 10 am Washington time. As many expect, Powell is likely to announce that the central bank will soon begin reducing the QE program by $120 billion. This decision will not have a serious impact on markets since traders are already aware of these plans of the Fed. A lot depends on when exactly this reduction will begin. Many traders bet that the Fed will start tapering the bond-buying program only in December of this year. If the Fed says it starts reduction earlier than expected, this will lead to a surge in volatility in markets and to the strengthening of the US dollar.

Many analysts have underlined more than once that many Fed officials are uncertain when exactly it is best to start tapering QE. Although inflation has already exceeded the target level, it has slowed down a little in August. This is why the central bank may again say that rising inflation is a temporary factor that will not affect the pace of economic revival in the future. Many economists also adhere to the Fed's strategy, focusing on the threat currently posed by the Delta strain of coronavirus.

Most likely, during his speech, Powell will again remind that the US economy continues to recover rapidly. However, much depends on the labor market. In the latest report of the Ministry of Labor, the number of employed people continued to increase but it is still early to talk about the normalization of the labor market. This is the main argument of the Fed in favor of maintaining a super-soft approach to monetary policy in the near future. It is obvious that before reducing the bond-buying program, the Fed wants to see clearer signs of the labor market recovery, which is crucial for the Fed's future plans.

As for yesterday's fundamental statistics, according to the survey, the Consumer Confidence Index (CCI) in Germany may fall sharply in September due to worsening economic expectations and a decrease in consumer spending. According to GfK, the Consumer Confidence Index fell to -1.2 from a revised value of -0.4 in August. Economists had expected the index to decline to -0.7. The ZEW Indicator of Economic Sentiment has been decreasing for the second month in a row but still remains at a high level. It fell to 40.8 from 54.6. The Buying Propensity Index lowered to 10.3 from 14.8 in the previous month. GfK noted that the index of household income growth expectations rose to 30.5 from 29.0 in the previous month amid stable employment growth.

As for the annual growth of the eurozone money supply and lending to the private sector, all indicators slowed down in July this year. The report of the European Central Bank said that the growth rate of the M3 monetary aggregate fell to 7.6% from 8.3% in June. Domestic credit to the private sector dropped to 3.4% in July from 3.6% in June. 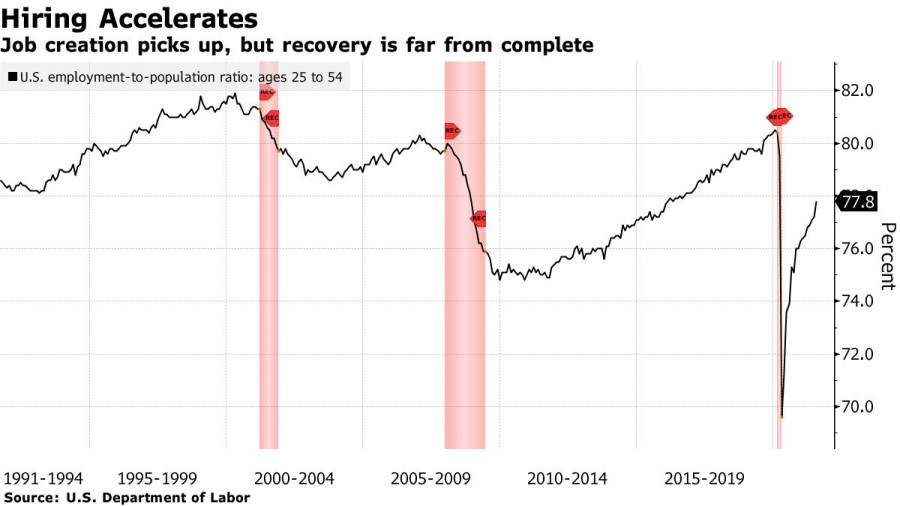 In conclusion, I would like to note that Powell's candidacy for a second term as Chairman of the Federal Reserve System gained momentum. Despite the fact that US President Joe Biden has not yet made personnel decisions regarding the Fed, a number of White House advisers are in favor of keeping Jerome Powell in his post. Powell's rival is Lael Brainard. However, according to some rumors, she will replace the deputy chairman for supervision. This position is currently held by Randal Quarles. Powell retains broad support in the White House. He is also on good terms with US Treasury Secretary Janet Yellen. At the moment, Biden is allowed to make personnel replacements of four representatives of the Federal Reserve System at once, including its chairman. A White House official recently said that the President is consulting with his team on the issue trying to make a wise decision.

As for the technical forecast of the EURUSD pair, much will now depend on how buyers of riskier assets will act in the resistance area of 1.1765, which they failed to break yesterday. If they push the pair above this range, it may recover to the area of weekly highs, approaching 1.1785. The statements of the Fed Chairman may affect the bullish momentum. If Powell continues to stick to a wait- and-see approach, this will lead to a strengthening of the pair to the highs of the 18th pattern and with a test of the next resistance of 1.1830. If the pair breaks the support level of 1.1745, it may face some downward pressure as risky assets may return to 1.1720 and 1.1690.