The NZD/USD pair reacted quite sharply to the release of US inflation data. On the one hand, US inflation remained at a high level, still allowing investors to count on the curtailment of QE this year. On the other hand, traders expected to see a breakthrough growth of the main components of the release, similar to the previous months. This did not happen – almost all the indicators came out following the forecast values. In fact, this was the reason for the temporary weakening of the US dollar all over the market.

However, most dollar pairs showed a very modest reaction to yesterday's publication. The corrective bursts almost immediately faded – market participants are clearly not ready to abandon the US dollar in favor of quoted currencies. Therefore, almost all major pairs lay down in the drift of the flat movement after relatively small corrective pullbacks.

The NZD/USD pair managed to left the narrow range. Based on the results of the US inflation release, the New Zealand dollar strengthened by almost 100 points, showing an upward trend for two days. After reaching a fairly strong resistance level of 0.7050 (the lower border of the Kumo cloud coinciding with the upper line of the Bollinger Bands indicator on D1), the specified instrument could not impulsively break through this target. At the same time, buyers are still in control of the situation for a pair, assaulting an impassable price range. 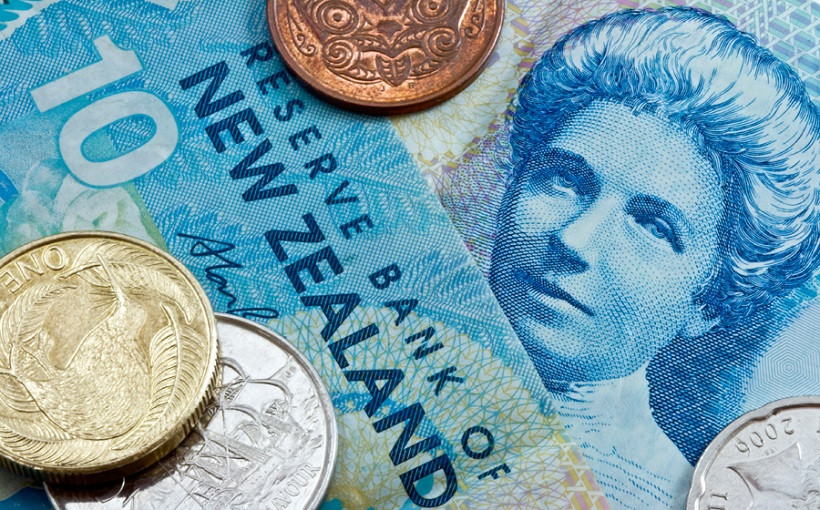 The thing is that the New Zealand dollar has its own reasons to strengthen, while the other major pairs mainly depend on the behavior of the US currency. The NZD has an important and key advantage in the form of the "hawkish" attitude of the Reserve Bank of New Zealand.

In this context, the US Federal Reserve has significantly distanced itself from the ECB, the Bank of England, the SNB, the RBA, and other central banks of the leading countries of the world – many Fed members are calling for curtailing the QE program this year amid the recovery of the national economy. In turn, representatives of the above-mentioned Central Banks take either a "dovish" or a wait-and-see position. So, only the RBNZ can boast that it is at the forefront of events, even bypassing the US Federal Reserve System.

During its July meeting, the New Zealand Central Bank announced the termination of the stimulating bond purchase program in the amount of 100 billion New Zealand dollars, which was supposed to be in effect until the summer of 2022. Experts believe that the next step will be an increase in the interest rate. Most likely, the regulator may announce the adoption of such a decision at the August meeting, which will be held next week.

The RBNZ Governor, Adrian Orr, did not rule out such a scenario. He emphasized that the central bank will consider tightening policies only after its "inflation and employment targets are sustainably met." After the July meeting, key data on market growth in New Zealand were published, which confirmed the validity of the "hawkish" intentions of the RBNZ.

In particular, the unemployment rate in the country in Q2 declined to 4.0%, with a forecast decline to 4.4%. This indicator has been consistently declining over the past three quarters. The indicator of the increase in the number of employees also came out in the "green zone" – the indicator came out at the 1% mark (on a quarterly basis) with the forecast of growth to 0.7%. In annual terms, similar dynamics were observed (+1.7% with a growth forecast of up to 1.2%). Salaries were also pleasantly surprising: the average level of wages in the private sector rose by 1.1% (with a growth forecast of up to 0.4%) in quarterly terms.

As for inflation, there is also no reason to worry. In the second quarter of this year, the consumer price index rose to 1.3% (from the previous value of 0.8%). It also increased to 3.3% y/y with a growth forecast of 2.8%.

And just today, a quite interesting indicator was published in New Zealand – the expected rate of annual inflation in two years. This is a leading indicator of inflation, which allows the RBNZ to assess inflation expectations in the medium term. It came out at 2.27% with the forecast of growth of the indicator to 2.05%. 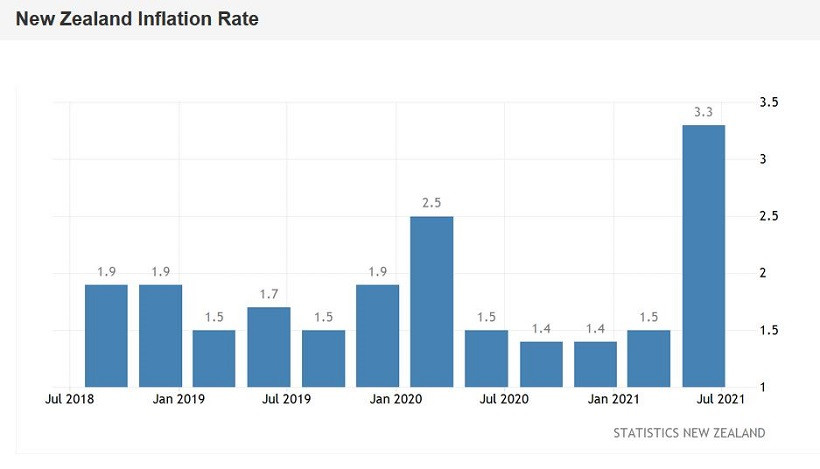 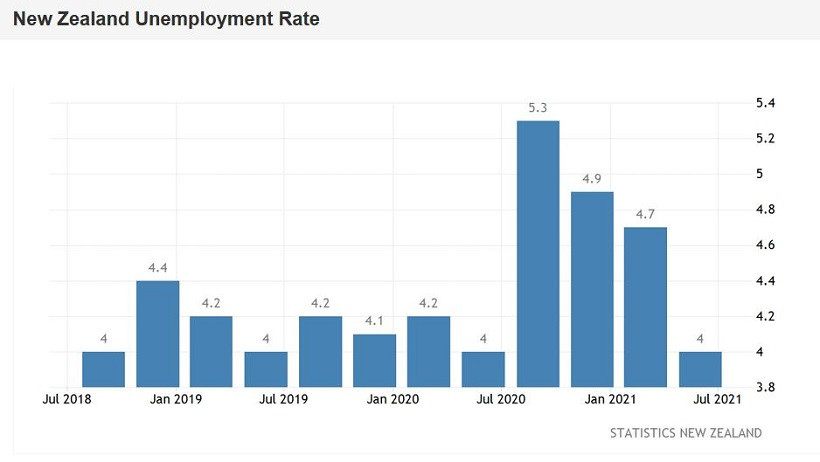 It is also necessary to say a few words about the so-called "coronavirus factor". It is believed that New Zealand has defeated the pandemic by stopping the spread of COVID-19. Isolated cases of the disease are registered in the country, mainly in those citizens who returned from abroad (that is, during their stay in quarantine). As for vaccination, the first dose of Pfizer's vaccine was received by 1.5 million people (more than 30% of the country's population), while 850 thousand citizens of the island state (17%) were fully vaccinated.

In other words, the NZD/USD pair may show higher stability against the US dollar's strengthening in the medium term due to the hawkish attitude of the RBNZ, the growth of key macroeconomic indicators, and the relatively favorable epidemiological situation in the country.

However, it is suggested to consider longs for the pair when breaking through the resistance level of 0.7050, which corresponds to the lower border of the Kumo cloud and coincides with the upper line of the Bollinger Bands indicator on the daily chart. In this case, the next target of the upward movement will be the level of 0.7120, which is the upper limit of the Kumo cloud in the same time frame.