There was an upward movement that broke the bearish impulse at the end of August. The new starting point to buy is above the level of 66.51.

Now, let's look at the most profitable model for trading oil this week. The closing of last week's trading occurred above the average volatility zone. The probability of a price return to the level of 66.51 has increased to 90%. This allows us to consider a downward correction for future purchases of the instrument. 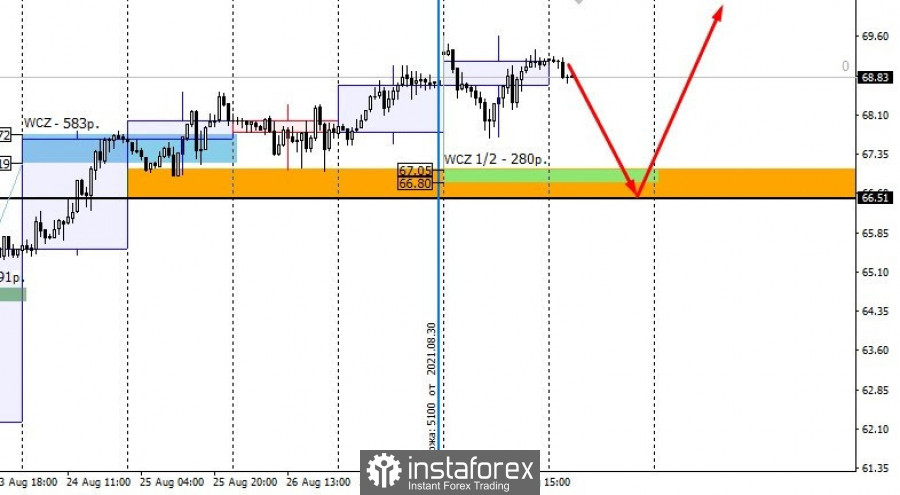 Since the probability of resuming growth in the future is high, purchases are profitable deals. It is not worth buying from the current levels, but a decline to the Weekly Control Zone 1/2 and the level of 66.51 must be considered as an opportunity. Testing the zone should lead to a stop of the fall and the formation of an "absorption" pattern not lower than the M30 time frame.

The attempts to sell for a return to the level of 66.51 are risky, but there are places to be. It is necessary to form an "engulfing" sell pattern after retesting the high of the week.