On the daily chart, the price moved into a new wave of growth after the downward correction on August 4-19. The signal line of the Marlin oscillator turned upwards from the zero line - from the border with the territory of the downward trend. The growth target is the Fibonacci reaction level of 271.0% at the price of 123.40. 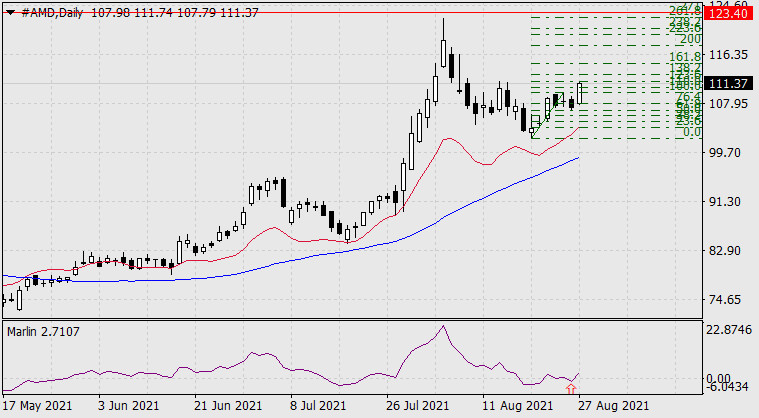 On the hourly chart, you can see more clearly how the price exactly reaches the Fibonacci levels, where on Friday evening it consolidated between the 110.0-123.6% levels. An intensified price movement occurred at the moment when the reversal of the Marlin oscillator from the zero line coincided with the price's reversal from the balance line - such a pattern created a primary impulse for growth. 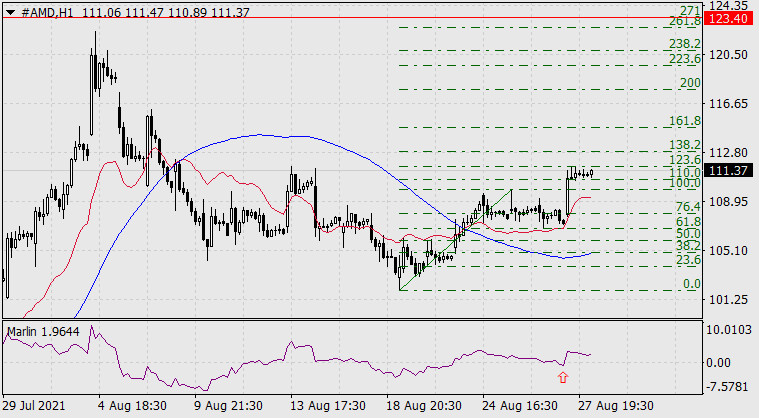 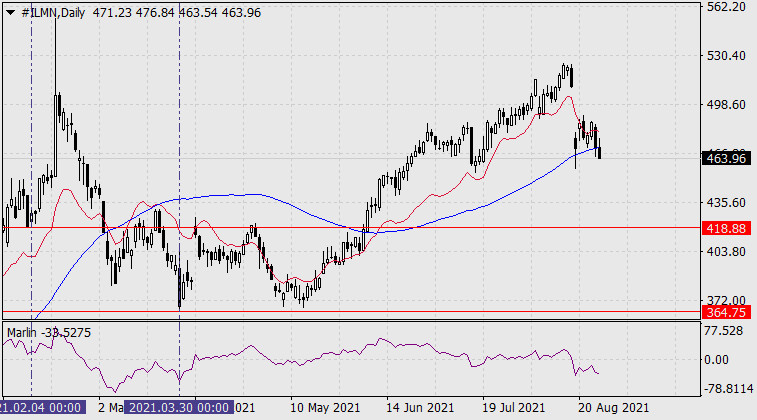 On the daily chart, the price broke the support of the MACD indicator line with the declining line of the Marlin oscillator in the negative zone. The first target of the decline is the low on February 4 at 418.88. The second target is 364.75 - the March 30 low.