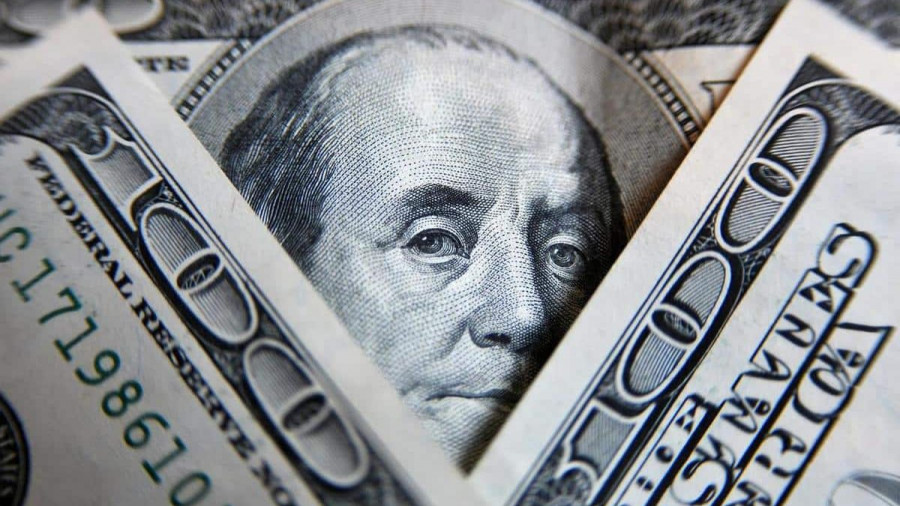 The tone of Jerome Powell's speech was dovish. So, the market reaction was rather predictable. The US dollar sank below the level of 93.00, while the euro gained bullish momentum. It even made an attempt to consolidate above the 1.18 level. Yet, this attempt can hardly be called successful. Now, the euro is gradually returning to its previous levels. Besides, traders are opening short positions on the euro.

The Jackson Hall Symposium did not make big waves across the market. Powell's speech is neutral. Investors are likely to completely forget about this event quite soon. Even before the Symposium, traders were more interested in the September meeting. Traders are sure that during this meeting the Fed may announce certain changes in monetary policy or provide more hints about future prospects.

However, the next Fed meeting will be held only in late September. A lot of things may change until then, especially taking into account the worrying coronavirus situation. This week, traders will have to factor in important macroeconomic reports such as the ISM Manufacturing and Services Indexes. The publication is scheduled for Wednesday and Friday.

This week, traders are also anticipating the Nonfarm Payrolls report, which is due on Friday. It will certainly affect the movement of the US dollar and other currencies. According to the forecast, the economy created 665,000 new jobs. Unemployment fell by another 0.2%, to the level of 5.2%. If so, this will be a really impressive result that indicates a continued improvement in the US labor market.

Before making a decision on monetary policy, the Fed carefully study labor market data, as well as figures on GDP and inflation. If the figures exceed the forecasts, expectations of an early tapering of the bond-buying program will strengthen and the US dollar will rise.

The August bank holidays are coming to an end. Major market players will appear on markets, which means that there will be high liquidity, volatility, and trend movements. After the prolonged calmness in markets, traders might even miss a bit of a risk. The impact of big traders on the market may be seen by the middle of the week. This is why it is important to analyze the market situation and consider possible scenarios for the movement of the US dollar.

Looking at the weekly chart, a strong mirror level of 88.50 is seen. Notably, for a long time, it has been a strong resistance level. However, it turned into the support level after a breakout in 2014. The US dollar tried to test it in early 2018. Since that time, this level has remained unbroken.

Thus, the US currency is likely to move in a slightly narrow range near the levels of 88.50–103.00. The US dollar index has been hovering near its lower border for quite a long time while forming a new even narrower trading range.

The daily chart signals to traders that there was an upward moment from this range with the target levels of 89.40–93.30. So far, there has been only an attempt. The bulls failed to push the greenback higher. However, they are unlikely to give up. Therefore, in the near future, their attempts may be crowned with success.

According to technical analysts, the next strong resistance level is 94.65, which is also a mirror level.

Technical analysts advise intraday traders to consider a long position from the current levels (today, it is the level of 92.70) with a stop order at 92.45 and a target level of 94.50. If a stop order is activated, it is better to wait for a drop to 92.00 and buy again with the same target level and stop order below the 91.75 level.

Alternatively, the US dollar index may consolidate below the level of 91.75. If so, it is recommended to open short positions near the level of 89.60.

To attract more bulls, the EUR/USD pair needs to stay above the 1.1800 level, which, apparently, is extremely problematic.

Traders are now less certain that the pair may grow to 1.1900 or 1.2000. Hopes will fade away completely if bulls fail to keep the pair near the 18th pattern.

The euro reacted very sluggishly to the publication of the European Commission report at the beginning of the session. The Economic Sentiment Indicator, which shows the confidence of companies and consumers, fell to 117.5 in August against the July high of 119. However, as noted in the EC, the index remains at a high level.

The employment expectations indicator (EEI) continued to grow, approaching a high level since November 2018. In general, the reports and comments of the EU commission's representatives were positive. However, the euro is still in no hurry to resume Friday's growth.

The euro may grow only if NFP data on Friday turns out to be much worse than the forecast. This is a negative factor for the US dollar. The EUR/USD pair may climb to 1.1885 and 1.1900.