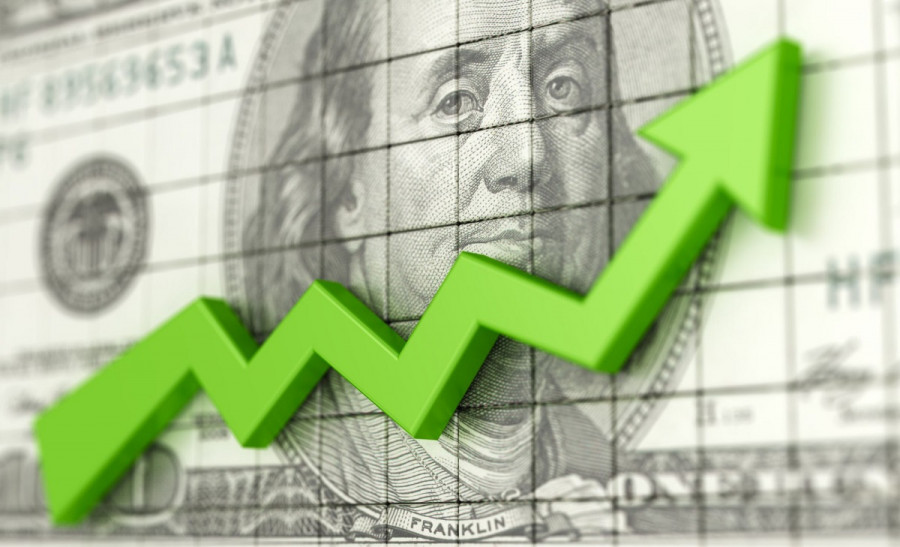 The US dollar is sensitive to the news about monetary policy. Now, traders are widely discussing the possibility of the interest rate hiking. Judging by the greenback's swings following any news concerning monetary policy, it is just to say that these pieces of news affect the whole forex exchange market.

All macroeconomic data for the United States are somehow viewed with the prospects of possible future normalization of monetary policy. The Fed is mainly focused on the indicators of the labor market and inflation, so the reaction to these reports is appropriate. Strong Nonfarm Payrolls data boosted the US dollar last week. Additionally, hawkish statements by Fed officials also pushed the greenback higher. Today, a few more Fed members are scheduled to give a speech.

On Wednesday, market players were mulling over US inflation data. Analysts predicted a slowdown in consumer price growth. In this case, the Federal Reserve will have no reason to rush to normalize policy. Therefore, the US dollar lost ground.

Everything unfolded exactly as predicted. Monthly inflation slowed in July with the rate of decline exceeding some median estimates. Consumer prices rose by 0.3% compared to 0.9% a month ago. Annual inflation remained unchanged. The reaction was predictable. For a short time, the US dollar index was trading above the level of 93.00.

What to expect next? To answer this question, we need to take into account the high likelihood of the normalization of monetary policy. There are more and more hawkish comments. Besides, the Federal Reserve's prestigious annual Jackson Hole policy symposium will be held in September. Many experts think that Fed officials will certainly surprise investors and announce some changes in monetary policy.

So, the central bank considers growing inflation temporary. It expects unemployment to be lower in order to tighten policy.

The long-term inflation target is 2% or slightly higher. The current levels do not frighten markets participants. Annual inflation is still 5.4%. Inflation expectations for the next 10 years have already reached 2.4%. The goal here has been fulfilled and exceeded. It remains to achieve an appropriate level of unemployment.

Fed officials estimate the so-called neutral unemployment level at 4.1%. Last year, in an updated policy forecast, the regulator reported that rates would unlikely be raised only because unemployment had fallen below the natural level amid low inflation.

However, currently, inflation is rather high and it is likely to remain high in the short and long terms. So, when inflation has risen above the target and the labor market is about to reach it, it is logical to expect the Fed to take the first steps to normalize policy. Everyone expects it. This is why the US dollar has soared after the publication of strong labor market statistics.

If the unemployment rate decreases at the same rate (at least by 0.5% per month) by the November meeting it will be near the natural level of 4.1%. It is also important that the Fed will stick to its statements and will not change its opinion on this matter. If there are no adjustments, the regulator is highly likely to announce the tapering of the bond-buying program in November.

It means the termination of the constant inflow of liquidity, a correction will sweep through the stock market. This may result in slower growth and high volatility. The US dollar will gain momentum.

The euro climbed slightly on Wednesday. Yet, it looks more like a slight rebound than a reversal. The possible upcoming tapering of the Fed's bond-buying program and the ECB's soft policy for the long term will eventually push the greenback down. The key support level for the EUR/USD pair is currently 1.1700. If the bears manage to break through it, it may well decline to 1.1500.

The likelihood of a breakthrough of 1.1700 is considered very high. The US dollar's drawdown movement is temporary and it will exhaust itself after some time. The US dollar's rally is still fostered by strong jobs data. Improvement in the labor market is likely to lead to the tapering of asset purchases. So, inflation data is practically ignored by investors as the Fed seems not to pay much attention to it as well.

After touching the level of 1.1750, the euro is likely to resume the downward movement.