Why Bitcoin, Ethereum, and Dogecoin fell today, and what was the catalyst for the daily decline in the crypto market? 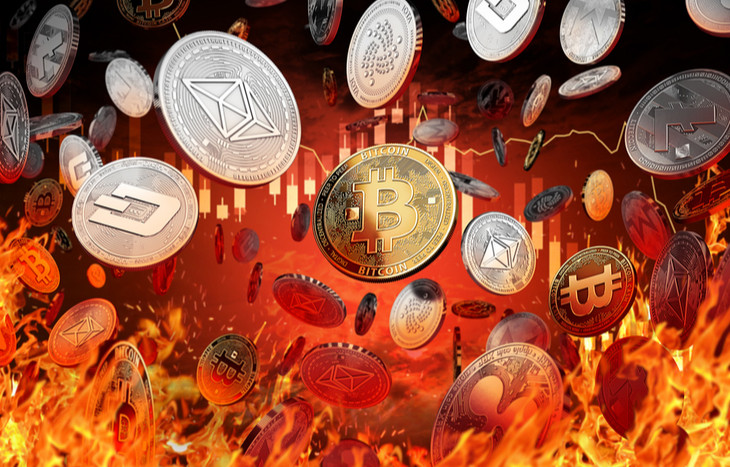 There was a decrease in ethereum by 5%, dogecoin by 10%, the price of bitcoin fell by 2% - and all this happened in 24 hours. The main catalyst for this was a speech by the president of the Federal Reserve System of Minneapolis, Neel Kashkari. He called the entire crypto market a complete fraud, scam and money laundering.

He made this statement at the annual summit of the Pacific Northwest Economic Region in Montana. He also called all cryptocurrencies garbage digital trinkets and Ponzi schemes. He advised many investors to either not come to the market, or get rid of the crypto garbage that is already on the wallets of investors.

According to him, various shadow industries and illegal activities, prostitution, drugs and terrorism are financed with the help of bitcoin and other cryptocurrencies. Also, over the past month, the Securities and Exchange Commission, as well as the Ministry of Finance, in their reports announced a fabulous amount of fines, amounts that exceed more than $100 million, which were issued to exchanges that go into denial and do not comply with the rules and requirements of the federal anti-money laundering markets. Several US states have already introduced tougher repressive measures with regard to cryptocurrencies.

The crypto market met this news with caution and fear, so there was a small daily collapse of cryptocurrencies. However, most investors are not serious about Kashkari's comments and consider it the nonsense of a fiat-oriented bureaucrat who sees everything through his own prism of vision.

He knows that there are only fiat funds, and no other financial instruments exist for him anymore. However, it is worth noting that the surge of coercive and repressive measures both at the level of various states and at the federal level is an indicator that the government is really very serious about abuses in the cryptocurrency segment and is beginning to act very harshly and decisively to curb them.

Also, do not forget about the words of SEC Chairman Gary Gensler, who also spoke unflatteringly about cryptocurrencies in the manner of Kashkari and stated that the crypto industry should be strictly regulated.

Interesting? Write a comment below.
 and Dogecoin fell today, and what was the catalyst for the daily decline in the crypto market?, Ethereum, Why Bitcoin
Forward 
Backward 