Analysis and trading recommendations for EUR/USD on September 2

Euro rose by 15 pips on Wednesday morning, thanks to the signal to buy that coincided with the MACD line being at the oversold area. Sadly, it was not followed by further growth as the indicator moved to the overbought area, which significantly limited the upward potential in the pair. But some time later, EUR / USD was able to gain another 35 pips, when the MACD line climbed up from zero.

The drivers of growth were the strong statistics from the Euro area, which exceeded expectations. But in the afternoon there was a slight fall, when the US released better-than-expected data on employment.

Today, there will be another report from the Euro area, but this time it will be about inflation. An improvement in the PPI will lead to a rise in EUR / USD, while a fall will result in a decline.

There will also be data on US jobless claims and foreign trade balance, which could provoke a deeper plunge if the figures exceed expectations. 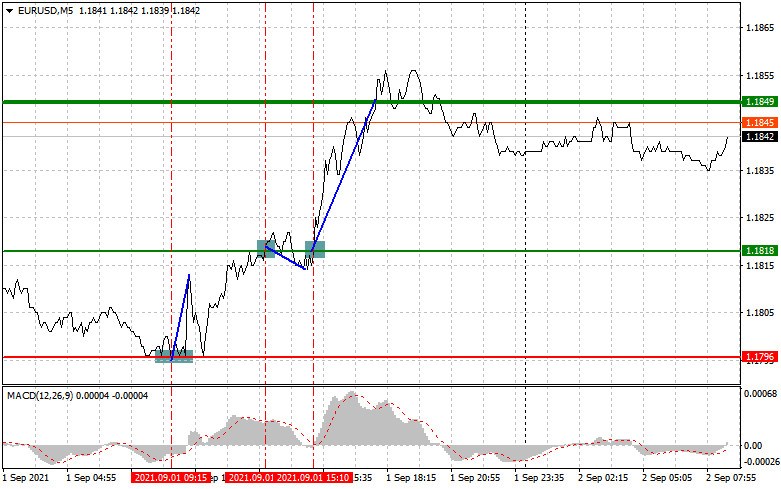 Open a long position when euro reaches 1.1854 (green line on the chart), and then take profit at the level of 1.1888 (thicker green line on the chart). The pair will climb higher if EU inflation exceeds expectations. But before buying, make sure that the MACD line is above zero, or is starting to rise from it.

Open a short position when euro reaches 1.1830 (red line on the chart), and then take profit at the level of 1.1795. A decline will occur if the Euro area releases weak data on producer prices and if the US publishes a strong labor market report. But before selling, make sure that the MACD line is below zero, or is starting to move down from it. 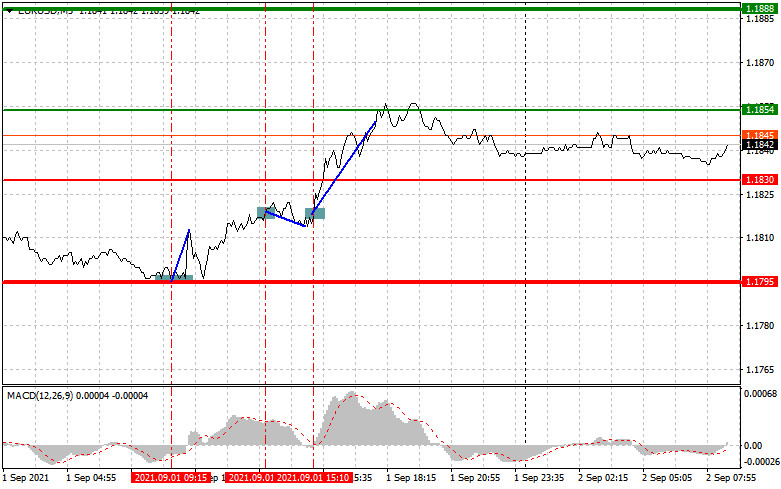