Analysis and trading recommendations for GBP/USD on September 2

There was a signal to buy in GBP / USD on Wednesday, but it had to be ignored because it appeared when the MACD line was at the overbought area. Accordingly, the pair declined by 18 pips amid pressure from bearish traders.

The UK data released yesterday did not affect the market in any way since it was only slightly at odds with the forecasts. On the other hand, the employment report from US hurt dollar, which led to a rise in GBP / USD.

Today, there will be a report on US jobless claims and foreign trade balance, which could provoke a deeper plunge in the pair if the figures exceed expectations. But if the numbers are weak, pound may soar once again. 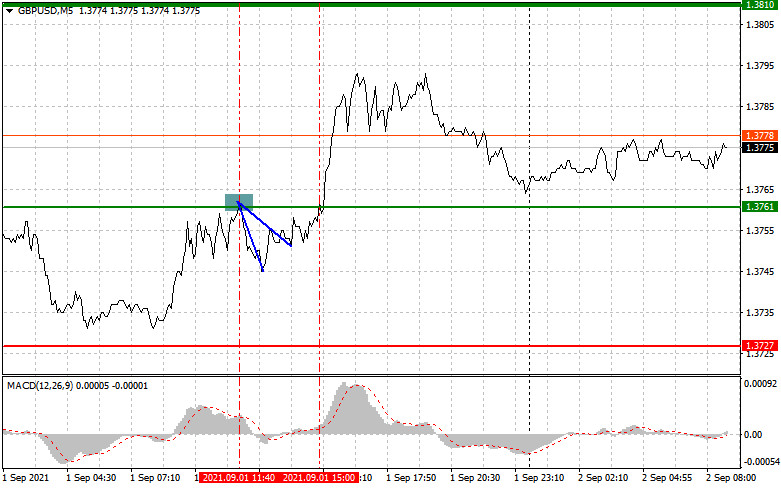 Take a short position when pound reaches 1.3761 (red line on the chart), and then take profit at the level of 1.3704. A decline will occur if US releases very weak data on employment, as such will force the Federal Reserve System to adhere to a wait-and-see attitude on monetary policy. But before selling, make sure that the MACD line is below zero, or is starting to move down from it. 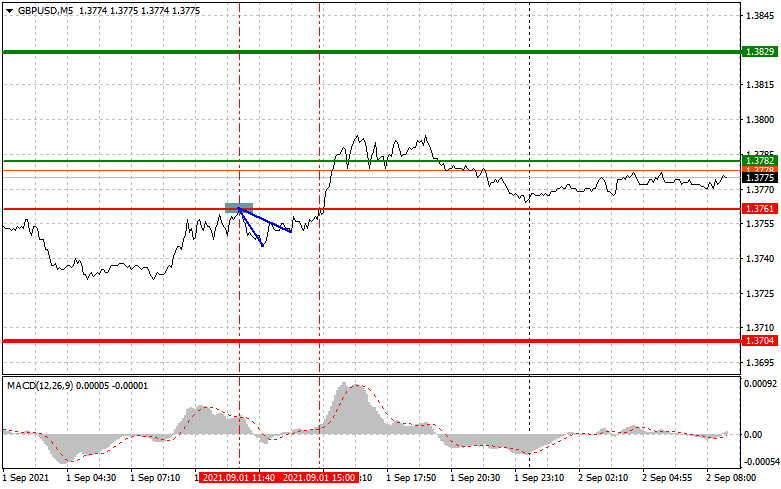