Analysis of GBP/USD on September 1. UK's economy barely responds to the new surge of pandemic 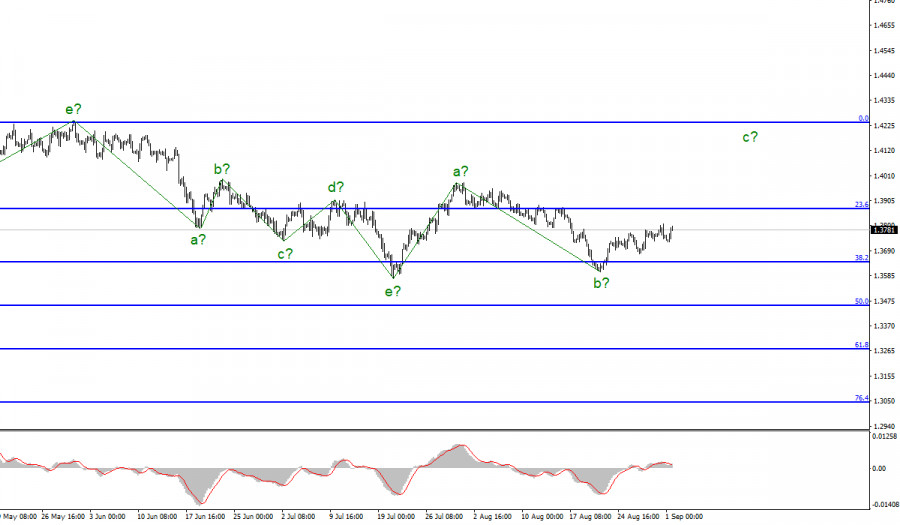 The current wave pattern of the GBP/USD pair still looks quite convincing. The supposed wave b turned out to be too deep, but it still does not violate the wave pattern. The quotes leaving the lows reached last week indicate that wave b can be completed and wave c has begun to form, which can be either the third wave in the current section or the last. Thus, the markets still have the opportunity to build an upward trend. This option remains the main one at this time. A successful attempt to break through the lows of the last waves of b and e will indicate that the markets are not ready to continue buying the pound and will require adjustments to the current wave pattern. But until this happens, an increase in the pair's quotes towards the peak of wave a, which is located near the level of 1.3981 can be expected.

The indicated instrument increased by 35 basis points on Wednesday and may continue this increase in the coming days. Despite the fact that the growth of the quotes cannot be considered strong, it has been continuing for almost two weeks. The news background was strong enough this time, but the markets did not find any reason to really actively trade the instrument. The UK released its index of business activity in the manufacturing sector, which came out 60.3 points in August. But is only slightly different from the July value. This report had practically no effect on the markets' mood, and the markets paid the most attention to the American ADP report, after which the decline of the US currency continued. However, business activity is also quite an important indicator, as it can become a harbinger of economic slowdown.

The wave pattern is now more or less clear. An upward wave is still expected to form, so it is currently suggested to further buy the instrument for each MACD upward signal with targets located around the level of 1.4000 (first target). Perhaps, the instrument has completed forming the downward wave b and is ready to rise. 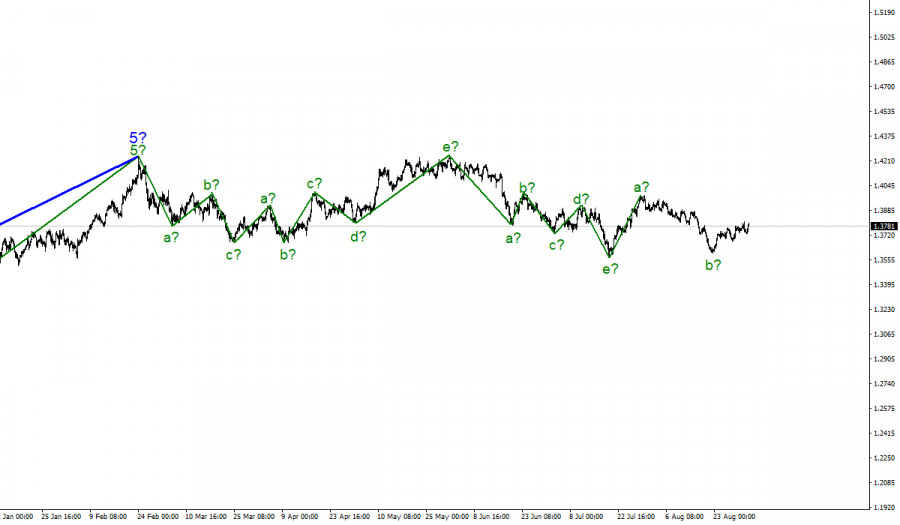 The upward part of the trend, which started to form a few months ago, has taken on a quite unclear form and has already been done. The new part of the trend may acquire an impulsive form, whose first wave acquired a rather extended form and exceeded the highs of waves b and d. The quotes have growing chances of another strong growth. If the news background does not interfere, then it should further rise in the near future.