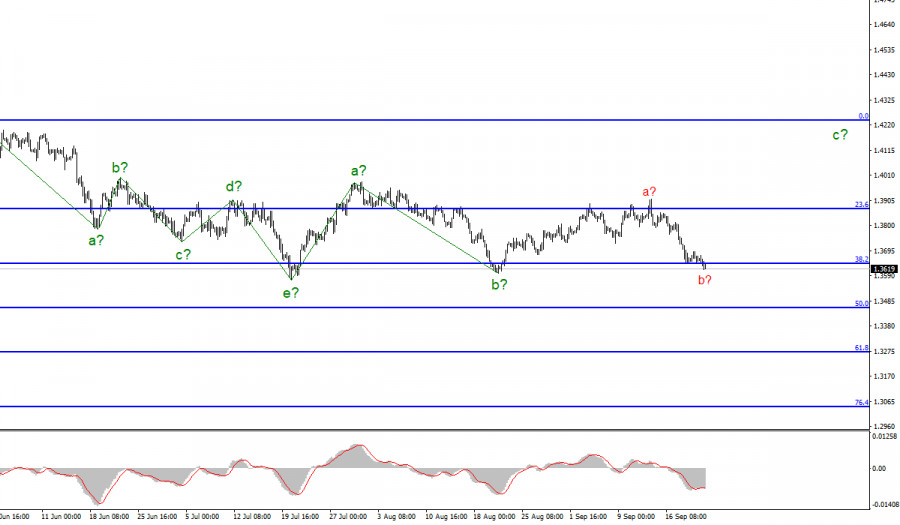 The current wave pattern of the GBP/USD pair still looks convincing, but it may require adjustments and additions in the near future. TThe third unsuccessful attempt to break through the level of 1.3873 led to a departure of quotes from the reached highs by 250 basis points, but wave c still does not look fully done. But given the strong decline of the instrument in recent weeks, other possible options should be considered. For example, wave c may take a shortened form and be considered complete.

This happens infrequently, but wave structures can take almost any form. It should be noted that it is important for us that these structures are as clear as possible, and not as detailed as possible into sub-waves. Based on this, the pound has been building wave structures of an exclusively correctional type for almost a year, and any correctional structures often take a complex and hard-to-read form. Hence, the problems that arise with the interpretation of a particular movement. A successful attempt to break through the low wave b will lead to the need to make adjustments to the current wave pattern.

On Wednesday, the rate of the instrument declined by 40 basis points. This is not much for the pound sterling, but this decline could be critical for the instrument, which is now balancing on the edge. If the instrument successfully breaks through the level of 1.3596 (low of wave b) or 1.3567 (low of wave e), then the wave pattern will have to be corrected, and the last wave c will be considered complete, although it did not turn out higher than the previous wave a. However, the wave pattern may change more than once and dramatically.

The Fed summed up the results of a two-day meeting, where did not make any major changes in the policy. The movement of the pair will depend on this on Thursday. The Bank of England's meeting will also be summed up today, which is also very important for the pound. Therefore, the instrument may decline far below the lows of waves b and e or may surge 150-200 points. In addition to summing up the results of the Bank of England meeting, several reports on business activity in Great Britain, the European Union, and the United States will also be released. However, the markets may not pay attention to them. They will have a huge amount of important information that should be converted into charts. 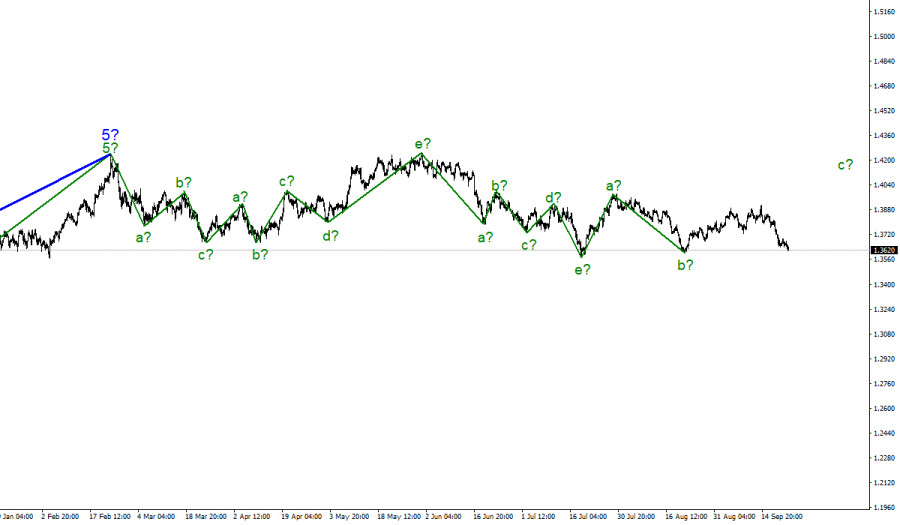 The upward part of the trend, which started to form a few months ago, has taken on a quite vague form and has already been done. The new part of the trend may acquire an impulsive form, whose first wave acquired a more extended form and exceeded the highs of waves b and d. The chances of a new strong increase in quotes remain quite high.