AUD/USD. RBA against the Australian dollar

The results of the RBA's September meeting were not in favor of the Australian currency. The AUD/USD pair sharply reversed after the impulse surge to the level of 0.7470 and fell by almost 100 points yesterday, being designated within the area of 0.73. However, this was the end of the bearish mood: the weak behavior of the US dollar did not allow the sellers of the pair to develop a downward movement. The Australian dollar, albeit not having received support from the RBA, continues to move on the wave of the US currency, which is in a state of delayed movement.

Before the September meeting of the Australian Central Bank, some experts assumed that the regulator would abandon the planned reduction of the bond purchase program to $ 4 billion a week (from the previous value of $ 5 billion). But this did not happen: the RBA supported its intentions, thereby provoking a short-term rise in the pair to the local price high. However, the subsequent rhetoric of the head of the Central Bank Philip Lowe put significant pressure on the AUD, completely turning the pair. 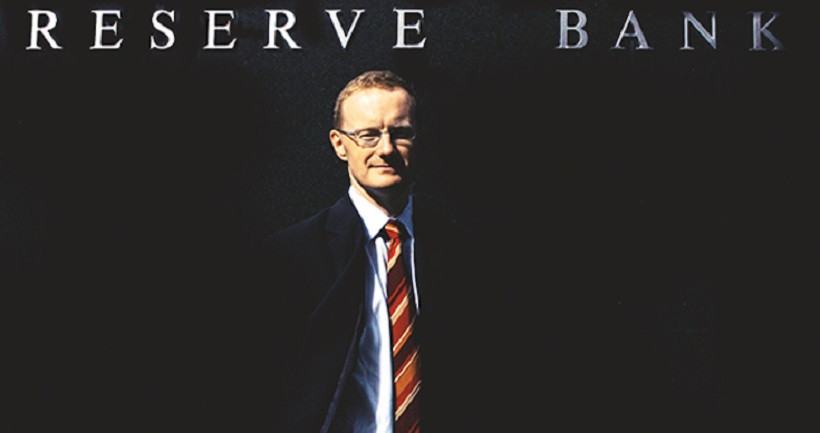 First of all, the RBA chairman said that the regulator will buy government bonds worth $ 4 billion a week at least until mid-February 2022. Earlier, experts predicted the next round of QE reduction (up to 3 billion) will take place before the end of this year, approximately in December. This fact leveled the optimism of AUD/USD traders. Lowe also added that the interest rate will remain at the current level at least until 2024, especially given the recent events related to the spread of coronavirus in the country.

During the September meeting, the Reserve Bank of Australia generally paid much more attention to COVID-19 compared to the August meeting. In particular, Philip Lowe said that it was because of the "delta" that the recovery of the Australian economy was interrupted, and it is also due to this that the RBA will slow down the pace of reducing the stimulus program. The coronavirus will most likely cause a significant decline in GDP, which is expected in the third quarter, and an increase in the unemployment rate in the coming months.

As already mentioned above, the next round of QE reduction will take place around February next year. But at the same time, Lowe noted that the bond purchase will be revised considering the economic conditions and the state of the health system, as well as the consequences of the COVID-19 outbreak for the labor market and inflation. In other words, the prospects for the normalization of monetary policy largely depend on the epidemiological situation in the country. And so far, this situation leaves much to be desired. In Australia, the cases of coronavirus increased sharply in September: in particular, an anti-record was recorded in the state of New South Wales for the number of cases – more than 1200 people per day. There are strict quarantine restrictions in the region (as in the state of Victoria). In fact, about half of the Australian population is in isolation. For example, anti-coronavirus restrictions were recently tightened and a curfew was introduced in the largest Australian city of Sydney. The country also set a record fine for violating coronavirus restrictions. At the same time, experts said that Australia will reach the maximum number of infections within the next few weeks. Therefore, the worst is yet to come.

Due to this, the Reserve Bank of Australia actually ignored the strong data on the labor market in the country and the good data on the growth of inflation. All these indicators reflected the state of affairs before the strengthening of the coronavirus crisis. September and all subsequent releases will certainly be more disappointing. The members of the Australian regulator are well aware of this, so they do not admire the "former merits" of the Australian economy. According to Philip Lowe, the country will return to the pre-crisis trajectory approximately in the second half of next year.

Thus, the Reserve Bank of Australia disappointed AUD/USD traders with its "dovish" attitude. The central bank did not abandon its plans to reduce QE in September, but at the same time, the further prospects for the normalization of the monetary policy turned out to be too vague. All this suggests that the Australian dollar will now focus exclusively on the US dollar – the Australian dollar does not have its own arguments for its recovery. In this case, short positions in the medium term can be considered with upward surges of AUD/USD. 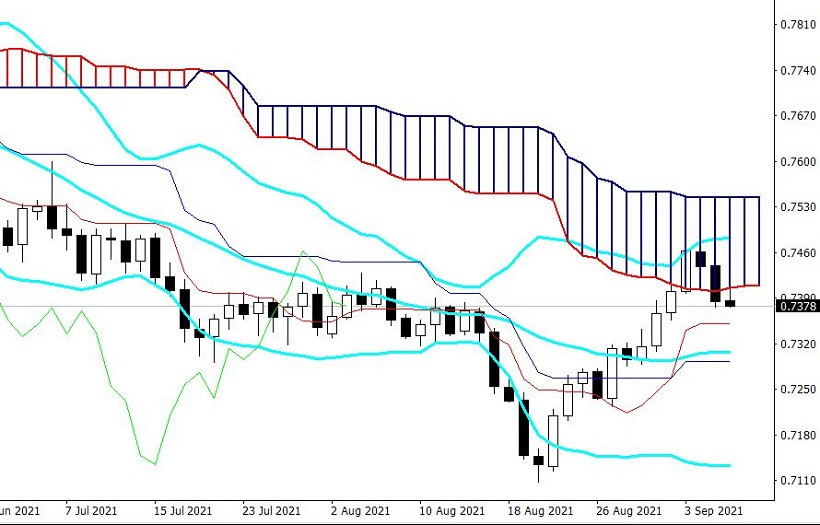 From a technical point of view, the situation is as follows. On the daily chart, the pair broke through the support level of 0.7400 (the lower limit of the Kumo cloud) but stalled around 0.7380. The downward pullback may continue to the next support level of 0.7350 (the Tenkan-sen line on D1). The next (main) price level is located 50 points lower – at the level of 0.7300.