AUD/USD. Traders ignored the data on the Australian economic growth

The AUD/USD pair ignored today's publication of data on the Australian economy in the second quarter. The Australian dollar is trading in a narrow 50-point price range this week, showing the indecision of both buyers and sellers. However, this range narrowed to a 15-point range at all during the Asian session on Wednesday – the pair actually stayed in place, despite the release of key data.

Such a scenario is due to several fundamental factors. Firstly, it should be noted that the US dollar leads the AUD/USD pair, which sets the tone for trading. In turn, the US dollar index also froze in place after several days of decline. Last Friday, the Fed Chairman disappointed the market with his indecisive mood, but he still announced the early termination of the stimulus program. Therefore, the reduction in the US dollar was limited. And even yesterday's macroeconomic reports (CB Consumer Confidence, Chicago PMI, house prices), which came out in the red zone, did not break dollar bulls. The US currency initially weakened throughout the market, but it regained its lost positions already at the end of the US session on Tuesday. In particular, the AUD/USD pair rose to the level of 0.7343 (a two-week high), but it returned to the base of the 73rd figure just a few hours later. 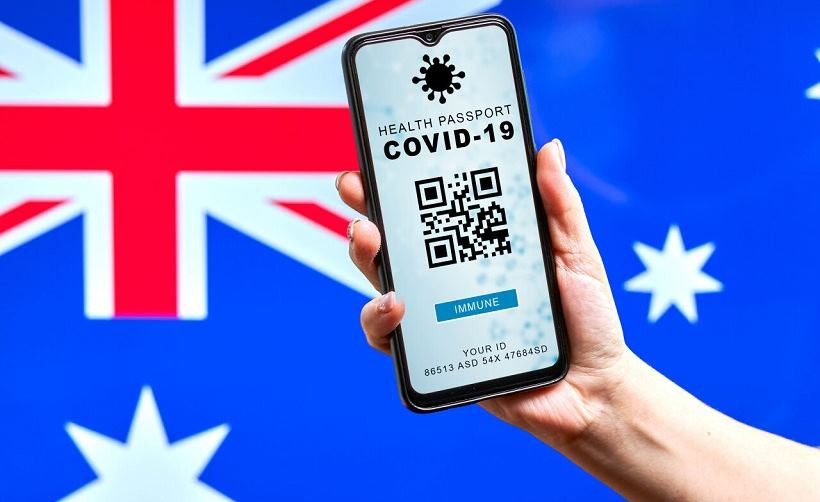 The focus of traders' attention has shifted to American Nonfarm, which will be published the day after tomorrow. That is why market participants are not in a rush to abandon the US currency, while ignoring many fundamental factors. According to several experts, the August figures will largely decide the fate of QE: if the indicators come out in the "green zone" (or at least at the level of forecasts), hawkish expectations in the market will increase again – at least relative to the corresponding mood of the members of the US regulator at the September meeting. The fact is that after Jerome Powell's indecisive speech, the assumption has become clear that the Fed will start curtailing stimulus no earlier than November. The weak data on the labor market will only increase concerns about the implementation of this scenario, and vice versa – if Nonfarms do not fail again (as it was last month), the "September option" will come forth. According to preliminary forecasts, the US unemployment rate will decline again to 5.2% and the number of people employed in the non-agricultural sector will grow by 750 thousand. The remaining components of the release should also show positive dynamics, reflecting the recovery of the US labor market. Due to this, traders froze in anticipation, not daring to get rid of the US currency.

In turn, the Australian dollar failed to organize a large-scale counteroffensive. The main data on the growth of the Australian economy were completely ignored by market participants. In quarterly terms, the country's GDP rose by 0.7% (with a forecast of growth of up to 0.5%). As for annual terms, the indicator surged to 9.6% (against the forecast of 9.2%), while this indicator increased by 1.1% in the first quarter.

As mentioned above, such strong figures were ignored by AUD/USD traders. The fact is that there are now only a few people who are interested in the previous advantages of the Australian economy in light of the latest coronavirus events. Another wave of quarantine restrictions covered Australia in the middle of summer. Due to the COVID-19 outbreak, the lockdown was introduced in the three largest cities of the country – Melbourne, Canberra, and Sydney isolating almost half of the population of the Green Continent. In Sydney, where more than 5 million people live, the lockdown was extended for another month until the end of September. Of course, this is not the last extension. A similar picture has developed in the state of Victoria. The head of this region said that the isolation, which should end next Thursday, will continue – but he did not say until when.

In view of recent trends, the head of the Australian government said that the country will not lift quarantine restrictions until 70% of adults are vaccinated. According to preliminary estimates, this will not happen until October-November this year. In the meantime, new anti-records are being recorded in the country: for example, a record daily number of COVID-19 cases was recorded in Australia during the weekend.

According to preliminary estimates of the country's treasurer, a new wave of lockdowns costs the Australian economy $ 300 million a day. There is no doubt that the latest restrictions will affect the pace of recovery of the national economy in the third quarter. For this reason, AUD/USD traders ignored today's release, which is actually no longer relevant. 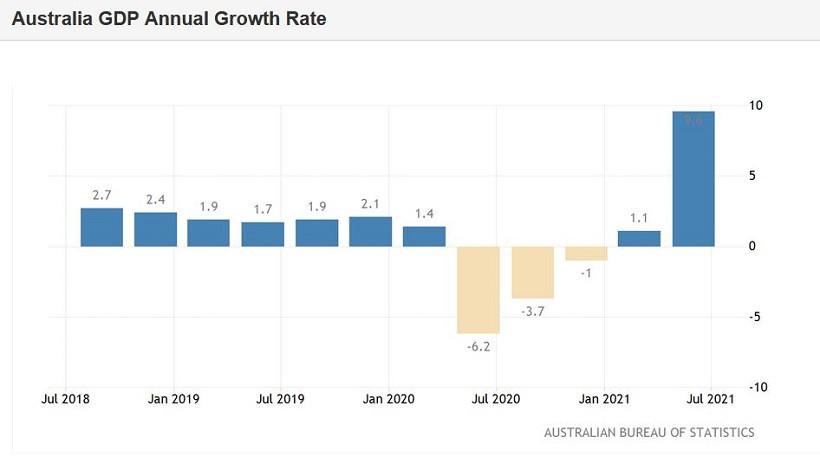 In this case, the Australian dollar will continue to follow the US dollar, which is waiting for the Nonfarm data. At the moment, the AUD does not have its own arguments for recovery, so further correction of the AUD/USD pair is possible only due to the weakening of the US currency.

From the technical point of view, the pair on the daily chart is located between the middle and upper lines of the Bollinger Bands indicator, as well as under the Kumo cloud, but above the Kijun-sen and Tenkan-sen lines. Thus, the Ichimoku indicator has formed a "Golden Cross" signal, which signals an increased probability of a trend change from ascending to descending. It is advisable to consider short positions when breaking through the support level of 0.7290 (the average line of the Bollinger Bands on D1).