Once again, the market reaction was completely illogical. Instead of rising, the US dollar lost ground despite the fact that recent macroeconomic statistics were extremely positive. Although the number of initial jobless claims decreased by 14,000 as predicted, continuing claims drooped by 160,000. The reading was better than the forecast. Economists had expected a 93,000 decrease. Importantly, this data was published ahead of the NFP report. For this reason, market participants are expecting positive NFP data. The market has been for some time. Shortly after, the euro began to rise steadily although there were no fundamental factors for its growth. Thus, this increase can only be a speculative one. 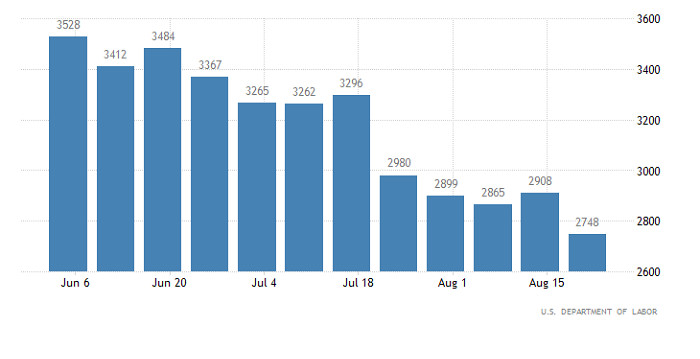 So, the main event of the whole week, the publication of the Nonfarm Payrolls report, will take place today. The market reaction is highly likely to be sharp which may lead to high volatility. Moreover, the unemployment rate may decrease to 5.3% from 5.4%, coming even closer to the target level. In addition, the economy is projected to create 750,000 new jobs, which indicates a further decrease in the unemployment rate. If this forecast comes true, the US dollar may develop a steady rally. If we take into account its absolutely illogical decline over the past couple of days, then the greenback may soar significantly. 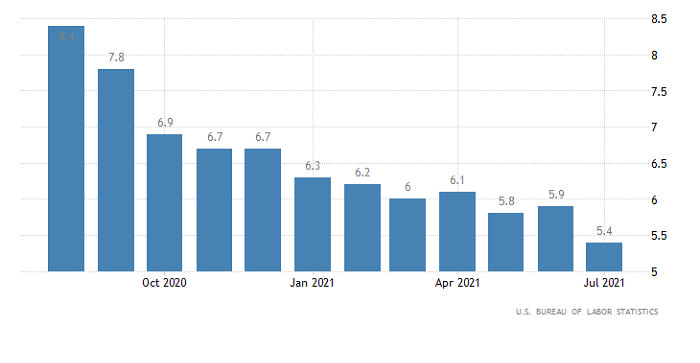 The pound/dollar pair managed to break through its upper border during the three-day movement in the range of 1.3730/1.3800. As a result, there was an increase in the volume of long positions. It led to the prolongation of the correction from August 23 to new levels.

The technical indicator RSI is moving near the level of 70. This is a signal that the pound sterling is overbought.

There is a chance of the downward movement resumption. If the price drops below the level of 1.3800, it is recommended to open short positions. As long as the pair is in the correctional phase it is better to open long trades.

The technical analysis signals long positions based on the short-term and intraday charts. In addition, the pair reached a high within the current correctional phase. 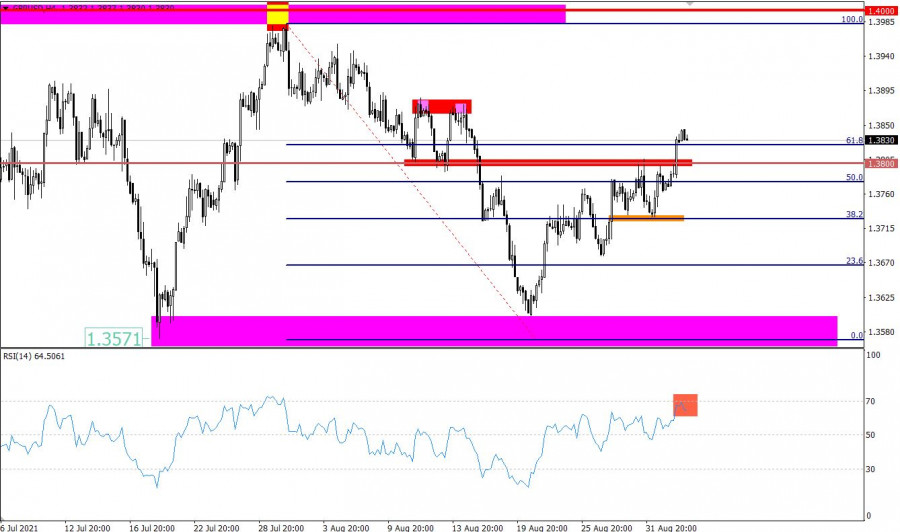