Over the past few days, Cardano has been in the correctional phase and subsequent consolidation. Analysts made bullish calls on the coin amid high trading volumes and demand. Nobody doubted that it may soon hit a new historical high. Such elevated mood was seen before an important update of Alonzo, which introduced smart contract technology. However, Minswap, the first decentralized exchange on Cardano testnet, has run into severe scaling issues, raising concerns about Cardano's capability to run smart contracts. Users were unable to make transactions.

The coin fell by 9%. The market capitalization dropped to $83.4 billion despite the fact that in the previous day, it was about to touch $100 billion. Along with the price, there was a significant decline in social activity and trading volumes. As of 17:00, ADA/USD broke through several important support levels, trading at $2.59. The coin sank to $2.56 but bulls managed to push the coin to $2.65. Yet, it did not help much. On the contrary, it only worsened the downward movement. On the 2H chart, the price is in the negative territory at the level of 2.5%. It indicates that soon the coin may break below the important support level of $2.5. In addition, the cryptocurrency is approaching the bottom line of the entire upward movement. If it closes below this indicator, bulls will lose steam. 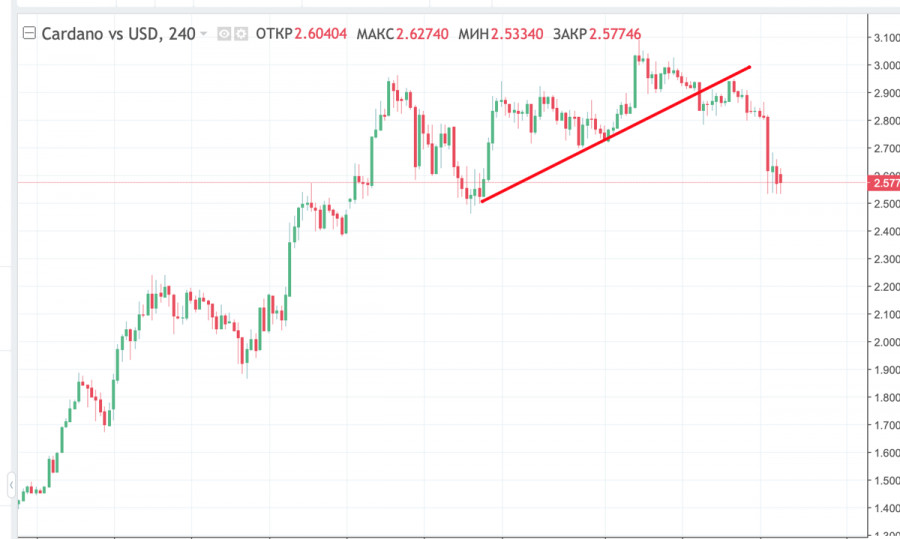 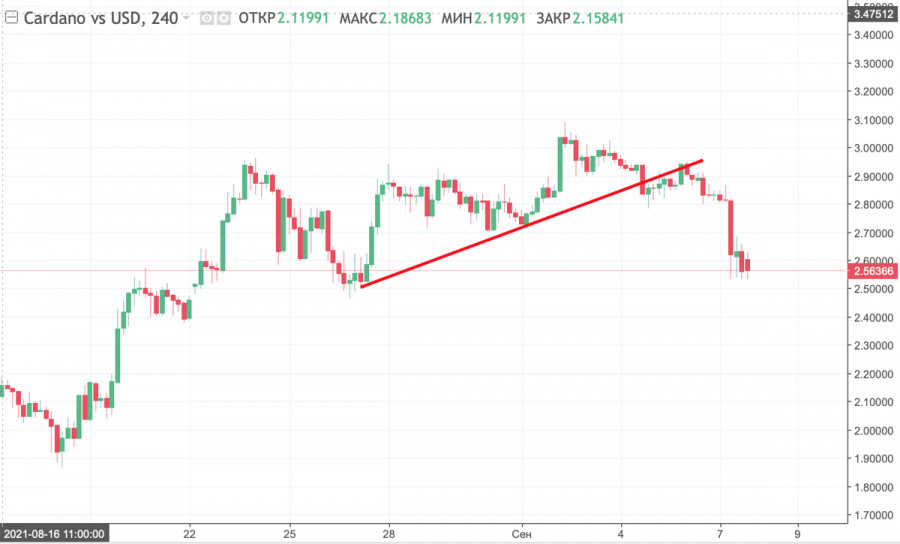 According to users, the main problem was a flaw in the coordination of transactions. The network could not process a large number of transactions and at the same time guarantee the safety of information and its integrity. The platform was still underdeveloped and its test version of the network immediately faced several challenges. Given the huge problems with conducting transactions in the DeFi sector, the project risks losing a great deal of clients. The Alonzo update is likely to improve the situation as it may fully introduce smart contract technology into the ADA network. However, the cryptocurrency and the entire project have been dealt a powerful reputational blow, which can undermine the bullish trend of ADA.

The technical indicators also signal a strong downward trend. Due to unverified rumors and the silence of developers, ADA has faced a mass sell-off. Taking into account the new historical high of SOL, it is quite predictable that investors are transferring their assets to the Solana project. On the 4H chart, bearish sentiment continues to strengthen, which may indicate that lows have already been reached today. The RSI, MACD and, stochastic indicator hit the bottom in a matter of hours. 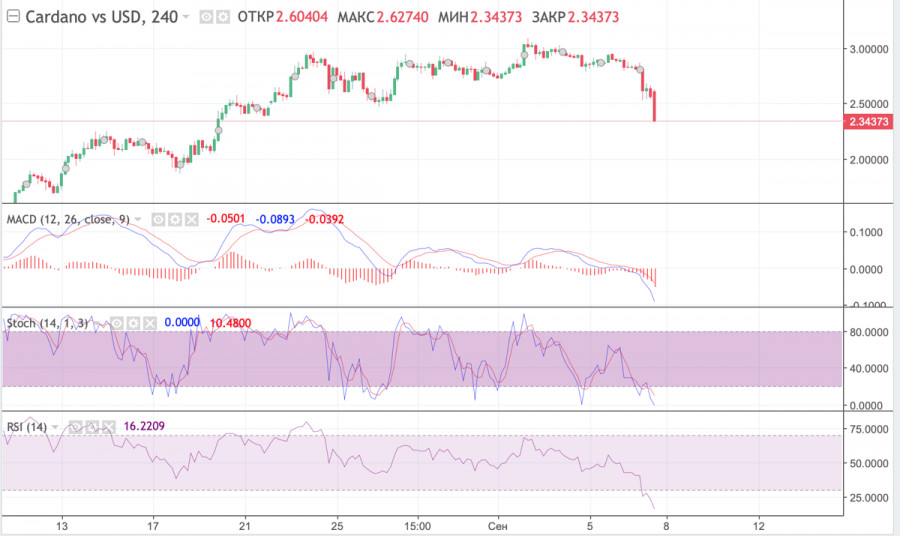 On the daily chart, the situation does not change. All indicators point to a bearish breakdown of all support levels. Bears will try to push the price lower and the only obstacle is the weak attempts of bulls to hold the price at key support levels. However, judging by the current decline, ADA may break through the upward support line and the trend level. If the developers do not make comments about the error, ADA may dive below $2, followed by a long period of consolidation. The Alonzo update may be perceived by the crypto traders without enthusiasm. This is also confirmed by a sharp decline in on-chain activity and large transfers to cryptocurrency exchanges. For what it is worth, he ADA project has failed and the Alonzo update is unlikely to improve the situation. 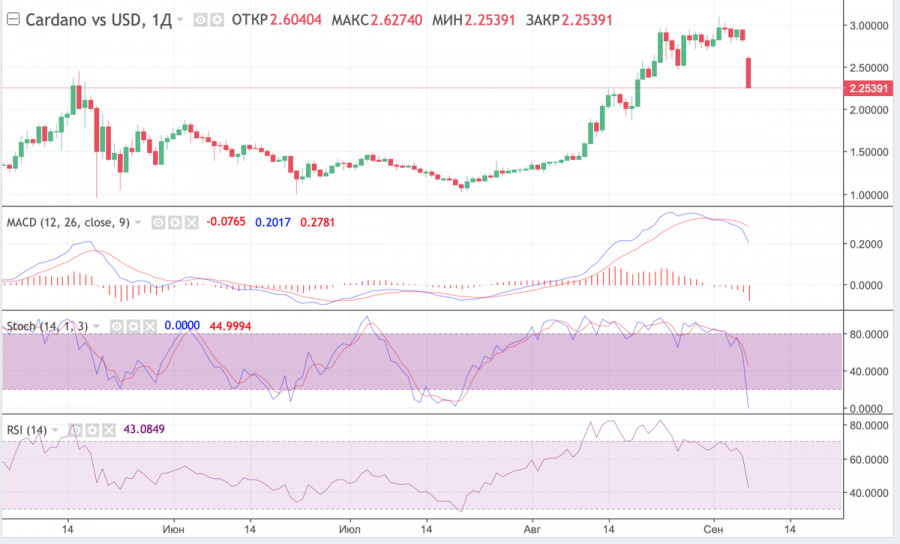 Interesting? Write a comment below.
 Cardano nosedives by 15% due to rumors about incompatibility of network and smart contracts
Forward 
Backward 