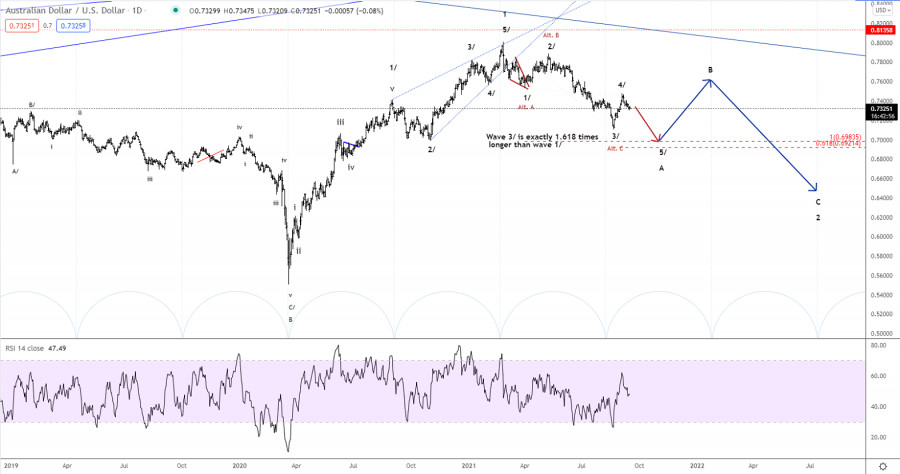 We are currently looking for a final decline towards the 0.6921 - 0.6984 area to complete wave A of the larger correction that began after the test of 0.8007 back in February. If a final decline in wave 5/ of A is seen as expected we will have a very good idea what the next part of this correction is going to look like. A five wave decline in wave A will tell us, that a zig-zag correction is unfolding. If this is the case, then wave B shouldn't break above the 61.8% of wave A. If, however wave A already completed with the test of 0.7106 and wave B already is in motion, the wave A only had three waves indicating some kind of flat correction building and wave B should in this case move above the 61.8% corrective target of wave A closer to a 100% correction of wave A and maybe even above the peak of wave A if an expanded flat correction is unfolding.

No matter which of the two scenarios is going to play out, we know that wave B will be the hardest to predict as all possible patterns will be in play, when wave B starts to unfold.