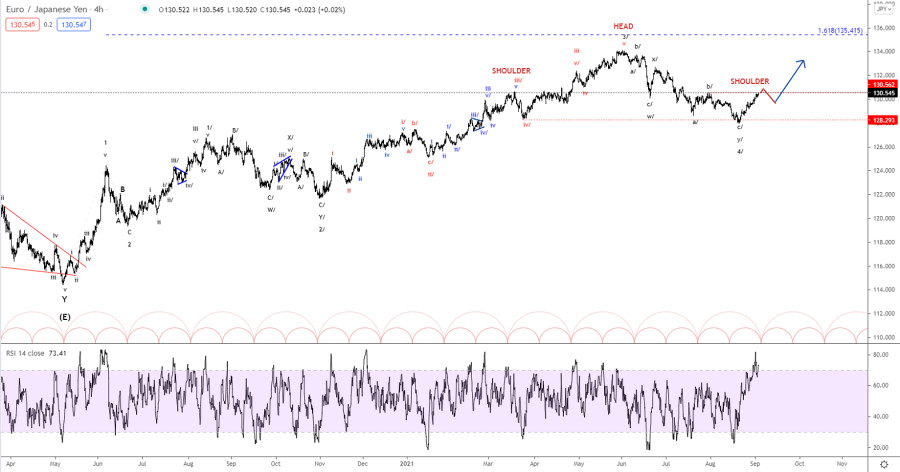 EUR/JPY is currently testing key-resistance at 130.56 and we expect a temporary break above followed by a correction towards 129.63 before the next rally higher trough the key-resistance to confirm the final impulsive rally in wave 3 towards 135.42.