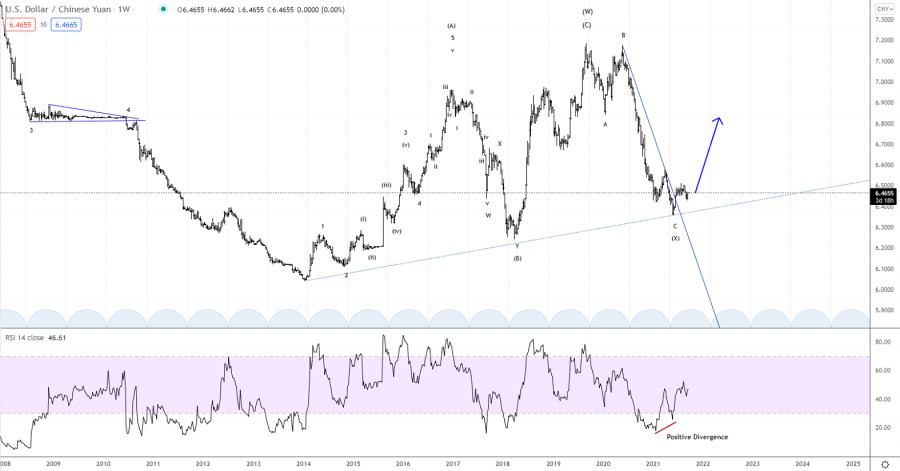 China and especially Evergrand are on everybody's lips at the moment. Evergrand will likely default on its bond payments this week, which will create great uncertainty for financial markets. The big question is whether the Chinese authority steps in or remains on the sideline to statue an example. This could end up as Chinas Leman Brothers and the risk of falling dominos spilling over into the global economy is huge.

We see the effect on the Yuan too, which already in May bottomed, just after the ideal cycle. We will be looking for more weakening for CNY in the weeks and months to come. Depending on the long-term formation that is building, a second zig-zag should ultimately break above the peak at 7.1842, while the second option, that a triangle formation could be forming will indicate a top near 6.95.