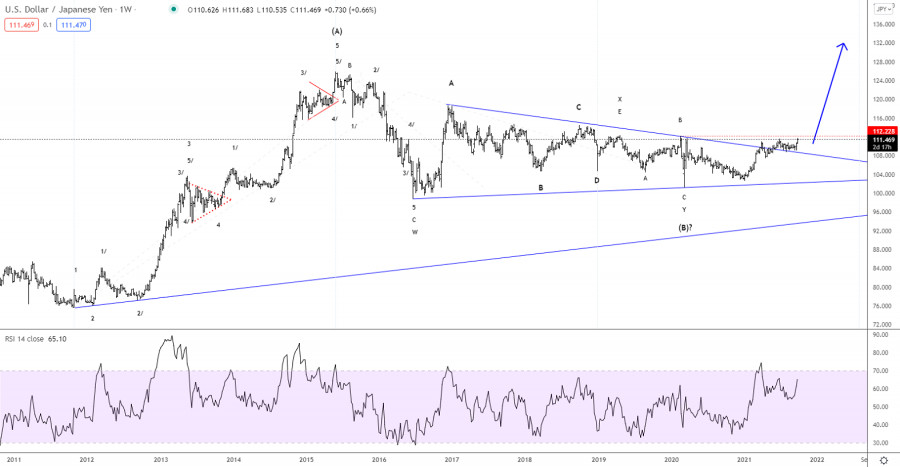 A break above 112.23 is essential to confirm the completion of wave (B) and the onset of wave (C) higher.