Euro is in trouble. ECB chief Christine Lagarde is set on maintaining a super-soft monetary policy

Pressure was rather strong on risky assets on Tuesday, which is why euro continued to trade horizontally, while pound lost more than 100 pips.

One of the reasons was the statement of ECB chief Christine Lagarde, which indicated that the central bank is wary of removing incentives too quickly, even in the face of growing inflation. "There are no signs that this increase in inflation is becoming broad-based across the economy," she said. "The key challenge is to ensure that we do not overreact to transitory supply shocks that have no bearing on the medium term." 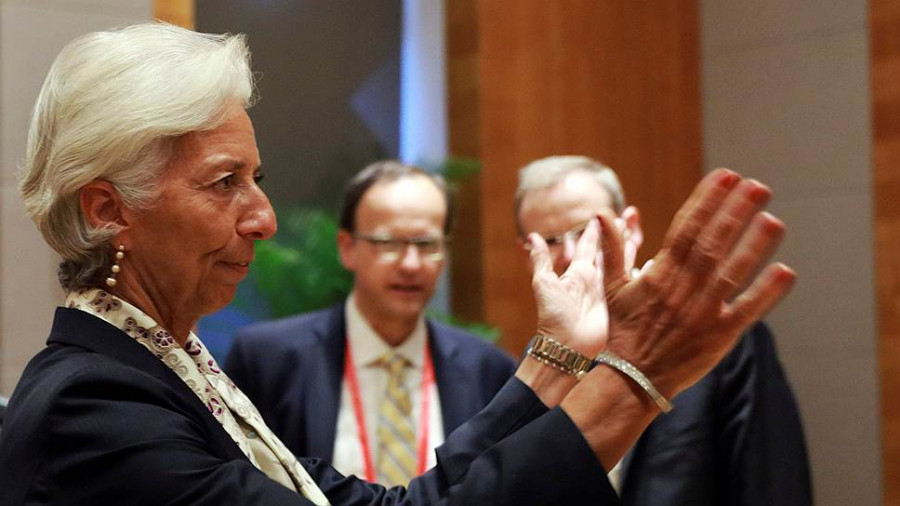 Currently, consumer prices in the Euro area are up by 3%, which is higher than the target set by the ECB this summer - 2%. But many expect that growth will gradually slow next year amid rising energy prices and supply chain problems. Lagarde also mentioned the temporary abolition of VAT in Germany last year, as well as the return to it, which contributed to the growth of certain price pressures.

Unsurprisingly, the statements provoked another jump in global bond yields and contributed to more expectations over a cutback in bond purchases.

In any case, the ECB is the only one besides the central bank of Japan that still adheres to a super-soft monetary policy. Other banks, especially the Bank of England, have already changed their tone in response to inflation.

"Once the effects of the pandemic are over, we expect inflation to decline," Lagarde said. And although higher inflation threatens to weaken economic recovery, the central bank believes that there is no serious risk, as they are confident that a slight increase in company costs and a minimal reduction in consumer spending will not do much harm to GDP.

Of course, if economic growth continues and the labor market demonstrates stable recovery, the ECB will gradually abandon stimulus next year. They haven't discussed an earlier completion of the programs, so most will proceed as planned. For example, bond purchases will end in March 2022, and only during the December meeting will it be decided which strategy to choose next. Lagarde also said during their last meeting that the central bank is committed to maintaining favorable funding conditions as long as the fight against the coronavirus pandemic is waged.

With regards to macro statistics, Germany reported that consumer confidence in the country may improve in October and grow 0.3 points from -1.1 in September. But it will still depend on the situation with COVID-19 and whether new restrictions will arise because of it.

In France, consumer confidence rose to a three-month high in September, climbing from 99 points to 102 points. This is slightly higher than the expected 100 points.

Going back to EUR/USD, a lot depends on the decisions made by US legislators and whether there will be any results at all this week. If there is none, pressure on risky assets will continue even despite the absence of those willing to continue buying the US dollar at current lows. But even though the market is dominated by bears, everything can change at any moment, so there is definitely no need to rush into buying euro at the lows.