EUR/USD. Downward trend ahead of the Fed's September meeting

The EUR/USD pair continues its downward trend. Last Friday, the bears strengthened their positions, due to strong data on the volume of retail sales in the US and good data on the growth in the number of applications for unemployment benefits. In general, the market is waiting for this week's main event: the results of the Fed's September meeting will be known on Wednesday, September 22. Apparently, traders have come to terms with the fact that the Fed will take a wait-and-see attitude this month regarding the collapse of QE. But at the same time, investors are confident that this process will begin in the coming months – in November or December (there will be no Fed meeting in October). Due to these expectations, the US dollar is strengthening throughout the market including in a pair with the euro, which was suppressed by the "dovish" comments of many ECB representatives.

Before the September meeting of the Fed, all other fundamental factors faded into the background. The macroeconomic reports in the US have a definite influence on the main currency pair, but they are also viewed by traders through the prism of monetary policy prospects. It is noteworthy that there is no consensus on the market regarding the possible outcome of the September meeting. 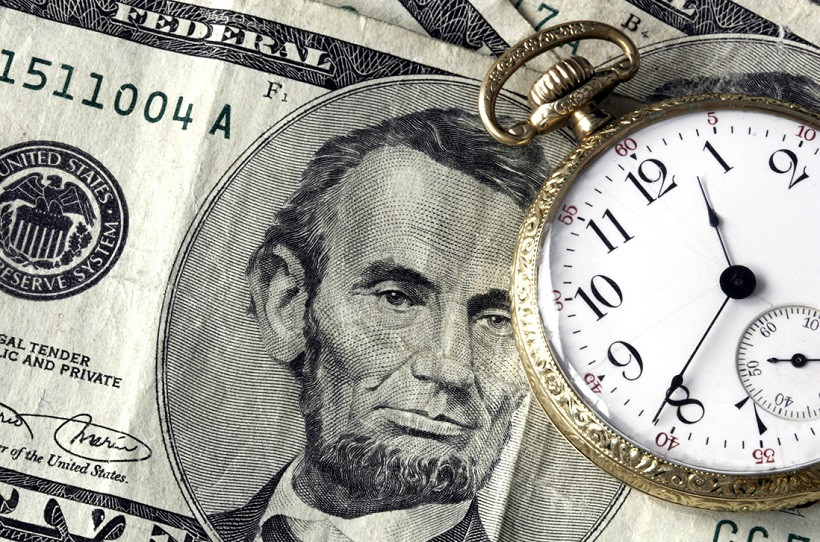 According to some experts (in particular, TD Securities), the members of the regulator will voice transparent hints on Wednesday, the essence of which will be reduced to the fact that the Central Bank is ready to start curtailing the stimulus program in the near future. Such remarks will signal a decrease in the pace of buying government bonds in October. Meanwhile, other analysts believe that the regulator will refrain from such statements, limiting itself only to general phrases, according to the principle of previous meetings. For example, the US regulator maintained a wait-and-see position in July, but at the same time, representatives of the Central Bank admitted that the topic of curtailing QE is still on the agenda. The Federal Reserve has "tied" this issue to Non-farms, inflation, and the epidemiological situation in the country. To the disappointment of dollar bulls, America's inflationary growth slowed down, the August Nonfarm was disappointing, and the coronavirus continues to spread, due to the more contagious delta strain.

And yet, there is a third group of experts on the market who admit the "hawkish" results of the September meeting. Arguing their position, they point to the August PPI, which rose to an 11-year high, and to RFE, which is one of the most important inflation indicators for the Fed that surged to a 30-year high last month. In addition, American consumers showed unexpected activity in August. If in July, the total volume of retail trade fell by 1.1% and excluding car sales by 0.4%, then at the end of last month, both indicators surged: the overall indicator rose to 0.7%, while excluding car sales to 1.8% – this is the best result since March of this year. All this indicates that inflationary pressure should continue in the coming months, which theoretically allows the Fed to announce the curtailment of QE this week.

Such hawkish assumptions strengthen the position of the US currency. The US dollar index has been consistently growing since September 15, reflecting the increased interest of traders in the US dollar. In fact, there are no dovish" scenarios – the market is almost 100% sure that the Fed will begin to gradually curtail the stimulus program this year, even amid the slowing inflationary growth (the consumer price index still remains at fairly high values). The only question is the degree of determination of the Federal Reserve. The European Central Bank, in turn, will most likely continue buying bonds at the current pace until the end of the year, in order to prevent an undesirable increase in yields. According to many currency strategists, the decision to curtail incentives may be made at the December meeting, with the simultaneous strengthening of the APP program.

In this case, the actual uncorrelation between the positions of the Fed and the ECB will not go away in any case regardless of the outcome of the September meeting and will continue to exert background pressure on the pair. 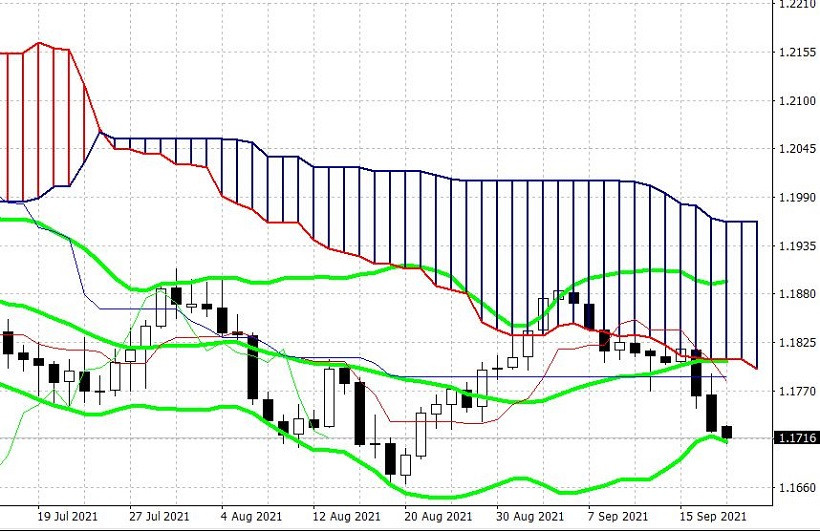 From the technical point of view, the EUR/USD pair has approached the important support level of 1.1710 (the lower line of the Bollinger Bands indicator on the D1 timeframe). At the same time, the price is located under all the lines of the Ichimoku indicator, which formed a bearish signal "Parade of lines". If the bears manage to break through the support level of 1.1710, they will open their way to the area of 1.16. The next support level will be 1.1664, which is this year's low. Given the prevailing fundamental background, the pair still retains the potential for further decline, so it is advisable to use any corrective pullbacks as an excuse to open short positions to the above support level.