The EUR/USD pair has strengthened by more than 200 points in two weeks. If it was trading in the mid-1.16 level before Jerome Powell's speech in Jackson Hole economic symposium, then last Friday, it was seen at the borders of the 1.19 level, reacting to conflicting data on the US labor market. However, buyers of EUR/USD did not dare to break through the level of 1.19, ending the week at 1.1884. At the start of the current trading week, traders left the heights they had won – the pair could not continue its upward trend due to the inertia of Friday's trading. Apparently, the focus of the market's attention has shifted to the ECB, whose representatives will sum up the results of the September meeting on Thursday. Market participants do not dare to take active actions ahead of this event, which may put significant pressure on the euro.

In addition, the American and Canadian trading floors are closed today: Labor Day is celebrated in the United States and Canada. Therefore, the economic calendar for Monday is almost empty – only the German indicator of the volume of orders in industry is of interest. However, this release is unlikely to provoke any volatility. 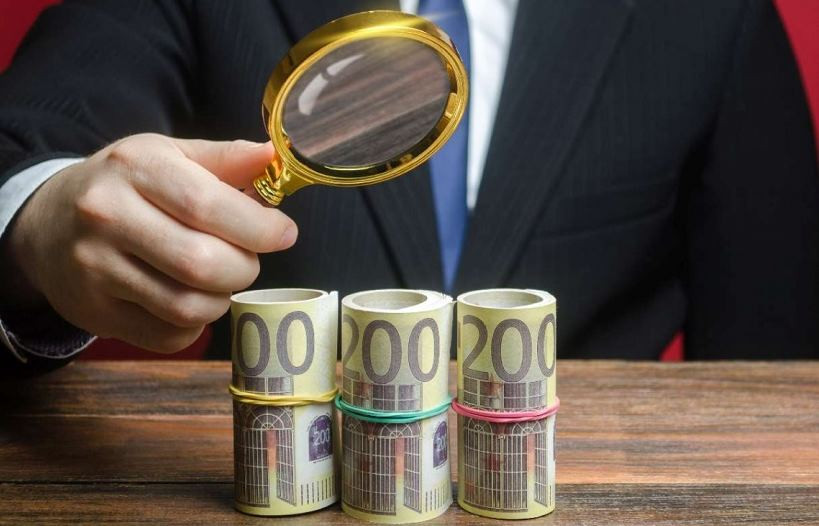 On Tuesday, the most important statistics will also come from Germany. We will learn the value of the index of sentiment in the business environment from the ZEW Institute. This indicator has been consistently and rather sharply falling over the past three months: if it was at the level of 84 points at the end of spring, then in August, it reached a 40-point value. Such negative dynamics is associated with the spread of the delta coronavirus strain. In many countries of the European region, the COVID-19 virus has been on the rise again. According to the WHO, almost 20 EU states reported an increase in the incidence of more than 10%. Despite the vaccination of more than 70% of the adult population, a high number of people infected with coronavirus per day (about 160-180 thousand people) are still registered in the EU countries due to the more infectious "Indian" strain. That is why the German index of business sentiment from the ZEW Institute consistently collapsed throughout the summer. The September result will reflect the continuation of this trend. According to preliminary forecasts, the index will drop to 30 points. The pan-European ZEW indicator should demonstrate a similar dynamic, declining to 35 points.

The economic calendar of Wednesday is not eventful. During the European session, the growth of the labor market data in Italy (retail sales) will be published. It is unlikely that this release will provoke volatility for the pair. As for the US session on the same day, the so-called "Beige Book" will be published in the United States. This is the regulator's report on the current economic situation in 12 federal districts. It allows us to understand how optimistic or pessimistic the members of the Federal Reserve assess the prospects for the development of the country's economy.

Thursday is the most important day of the week for the EUR/USD pair. On September 9, the ECB members will sum up the results of the next meeting, determining the vector of movement of the euro. It can be recalled that after the release of strong data on EU inflation growth, some representatives of the European Central Bank significantly tightened their rhetoric, calling for reducing emergency bond purchases in the next quarter. The corresponding statements were made by the head of the Bank of France Francois Villeroy de Galhau, the Chairman of the Central Bank of the Netherlands Klass Knot and the head of the Central Bank of Austria Robert Holzmann.

In their opinion, this issue should be discussed at the September meeting, which will be held next week. However, not all members of the European regulator support such a "hawkish" position. Even the head of the Bundesbank, Jens Weidmann (who is a consistent "hawk"), said last week that the expansionary monetary policy still corresponds to the situation, and the PEPP program should be reduced gradually, not sharply, and only when it finally disappears the need. A fairly "dovish" position is taken by the ECB's chief economist Philip Lane, and directly by the head of the Central Bank, Christine Lagarde. Yesterday, the European Commissioner for Economic Affairs Paolo Gentiloni also urged the European Central Bank not to rush to tighten the parameters of monetary policy, since the increase in inflation is temporary, and the risks associated with the spread of COVID-19 are quite large.

However, the market is quite determined. The results of a traditional Reuters poll indicate that most experts are confident that the ECB will announce a reduction in the pace of emergency bond purchases from the fourth quarter, but at the same time, will continue to buy bonds under the main program at least until the end of 2024, and possibly much longer. The euro keeps afloat partly due to such expectations, strengthening its position in a pair with the US dollar not only because of the weakening of the latter. If the European Central Bank takes a wait-and-see position on Thursday, the Euro currency will fall under a wave of sales, and the EUR/USD pair will return to the area of 1.17. 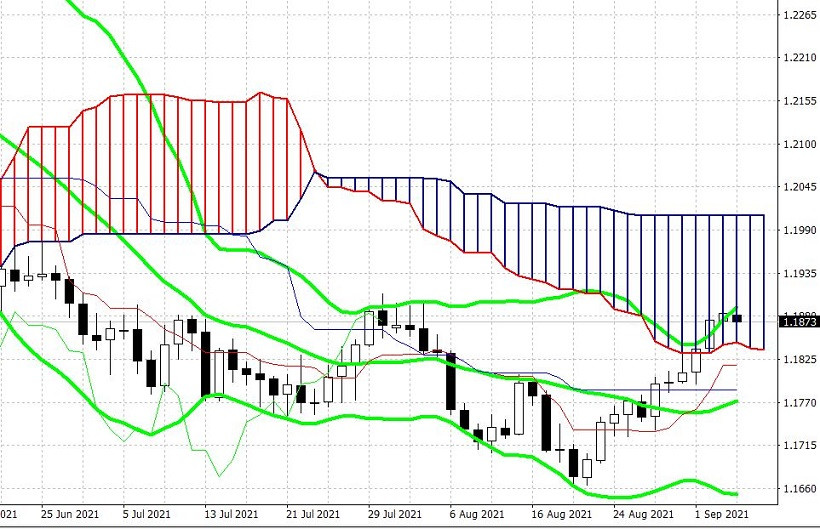 On Friday, ECB President Christine Lagarde will make a speech again, as part of the summing up of the Eurogroup meeting. But she will most likely express her position on the prospects for monetary policy only during her press conference after the announcement of the results of the September meeting of the Central Bank.

Thus, the tone of trading this week will be set by the European Central Bank. The fate of the euro in the medium term will depend on its determination (or indecision) including in a US dollar pair. Following the results of the September meeting, the EUR/USD pair can either conquer the level of 1.19 and approach the resistance level of 1.2000, or return to the level of 1.1750-1.1830 (the middle line of the Bollinger Bands indicator is the lower border of the Kumo cloud on the D1 timeframe).