Forecast and trading signals for GBP/USD for September 23. Detailed analysis of the movement of the pair and trade deals. 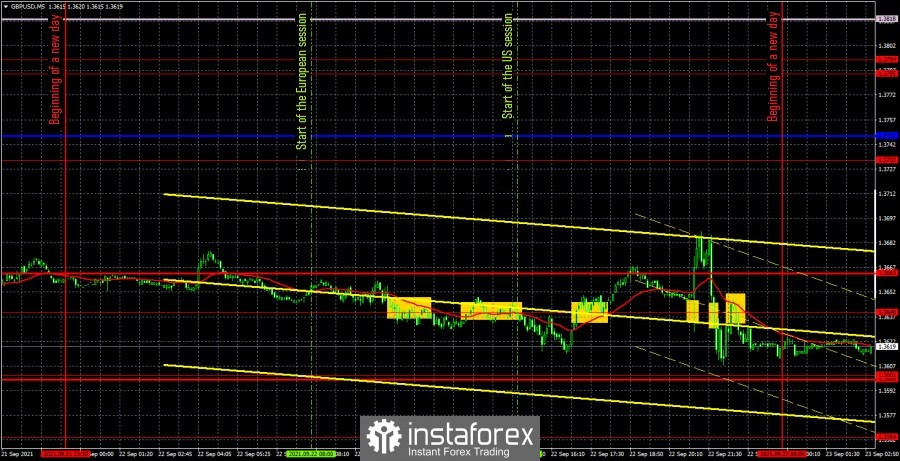 The GBP/USD pair moved very sluggish again on Wednesday. The only exception is the evening time, when the US central bank announced the results of its meeting, and Federal Reserve Chairman Jerome Powell held a press conference. As for the rest, the pound moved very "badly". Three fuzzy and inaccurate signals were generated at once until the evening, which could be ignored. All the signals that are formed on the chart, of course, cannot be ignored, but these were completely non-tradable. Nevertheless, traders could open short positions on the signal to overcome the level of 1.3640, after which the pair went down just 15 points. The signals that were formed in the US trading session had to be ignored, since by that time two false signals had already been formed around the level of 1.3640. Three signals near the same level of 1.3640, which were formed in the evening, there was no way to work out, as the price was moving very quickly. Plus, the chart above clearly shows that the price was constantly changing the direction of movement. The market was in an agitated state, so there was no question of any measured and trend movement. At the end of the day, the dollar has literally strengthened by 30 points. Markets were clearly expecting not such a movement and not such results of the Fed meeting. Recall that the Fed once again did not make any important decisions and only said that the QE program "will probably be completed by mid-2021." No specific dates were given for the start of the curtailment of this program. The Fed will continue to buy securities from the open market for at least $120 billion a month over the next two months.

Overview of the GBP/USD pair. September 23. Boris Johnson: UK-US trade deal is unlikely to be signed before 2024. 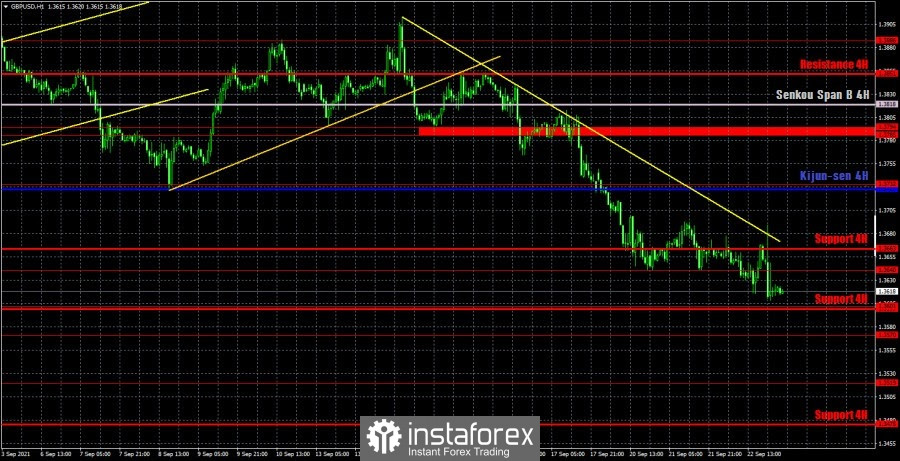 The GBP/USD pair continues to move down as a whole on the hourly timeframe, but the volatility still leaves much to be desired. The Fed meeting was left behind, and the price managed to stay below the trend line, even bouncing off it. Thus, this signal could even be used to open short positions, if it were not for the high degree of risk on the trade. Much will depend on the results of the Bank of England meeting. If the results are as weak as those of the Fed, then you will not have to rely on a strong movement again. We also continue to draw the attention of traders to the most important levels: 1.3519, 1.3570, 1.3601, 1.3640, 1.3732. Senkou Span B (1.3818) and Kijun-sen (1.3727) lines can also be sources of signals. It is recommended to set the Stop Loss level at breakeven when the price passes 20 points in the right direction. The Ichimoku indicator lines can move during the day, which should be taken into account when looking for trading signals. UK and US reports on business activity in the services and manufacturing sectors will be released on Thursday, September 23. But, of course, the markets will prioritize the BoE meeting and its results. It is unlikely that the BoE will announce a reduction in the quantitative incentive program or change rates. Thus, BoE Governor Andrew Bailey's cover letter and rhetoric will be of the greatest importance. The BoE must take a more hawkish position than last time in order for the pound to have a basis for growth. 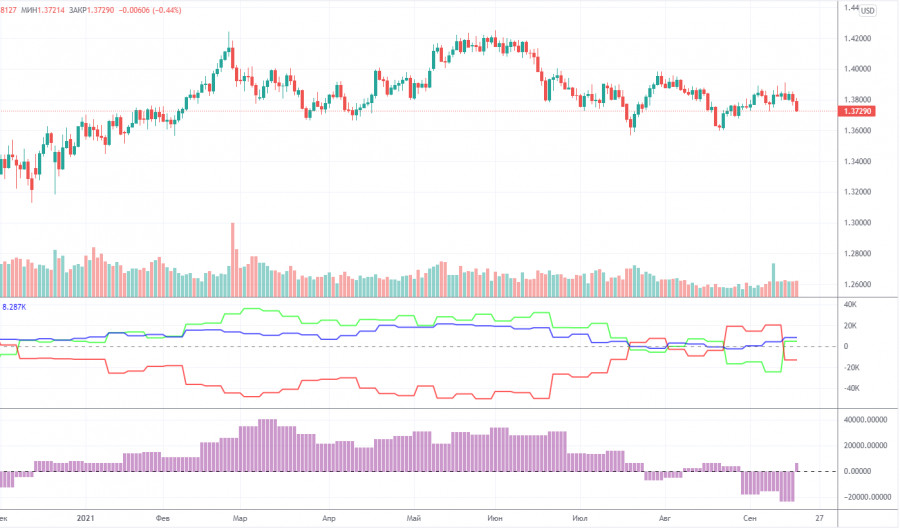 Interesting? Write a comment below.
 Forecast and trading signals for GBP/USD for September 23. Detailed analysis of the movement of the pair and trade deals.
Forward 
Backward 