Forecast and trading signals for GBP/USD for September 29. Detailed analysis of the movement of the pair and trade deals. 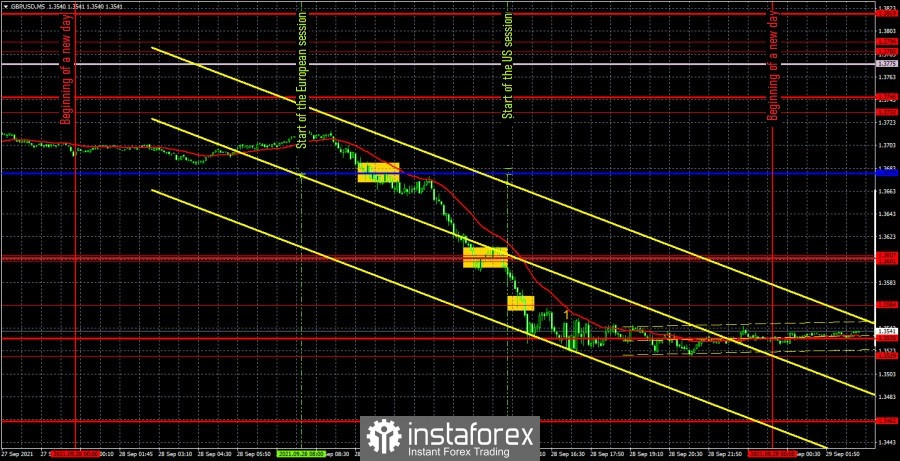 The GBP/USD pair collapsed for no reason (as it seems at first glance) on September 28. The fall in the pair's quotes began in the morning, as soon as the European trading session opened. Or rather London. At first, this movement raised a lot of questions, since in recent months the British currency has rarely shown high volatility. In addition, it moved in one direction without any rollbacks throughout the day. And it is clearly not the macroeconomic foundation that is to blame for it. Simply because there was no major event or report in the UK during the day. In the United States, the speeches of Federal Reserve Jerome Powell and US Secretary of Treasury Janet Yellen began almost in the evening. And the pair fell throughout the day. However, one had only to go to the news bulletins to get to the most important point at issue. In the UK, a full-blown fuel crisis began, which was provoked by the motorists themselves. British drivers decided that due to problems with supply chains, fuel could run out soon and rushed to gas stations, emptying them. Naturally, the gasoline ran out even faster, and the problems with the delivery of gasoline to the filling stations did not disappear due to the lack of long-distance truck drivers. We talked about this in more detail in the article on fundamental analysis. Thus, a powerful fall of the British currency began and the first trading signal was the breakthrough of the critical Kijun-sen line. At this point, traders should have sold the pair. In the future, the quotes easily overcame the levels of 1.3601 and 1.3607, as well as 1.3564. The British currency stopped falling only around the support level of 1.3535, around which the short position should have been closed. The profit on it was about 120 points. This is what we have talked about more than once: when an instrument moves with normal volatility, the profit is high, and there are much fewer false signals.

Overview of the GBP/USD pair. September 29. Complete chaos in the UK. The pound fell like a stone. 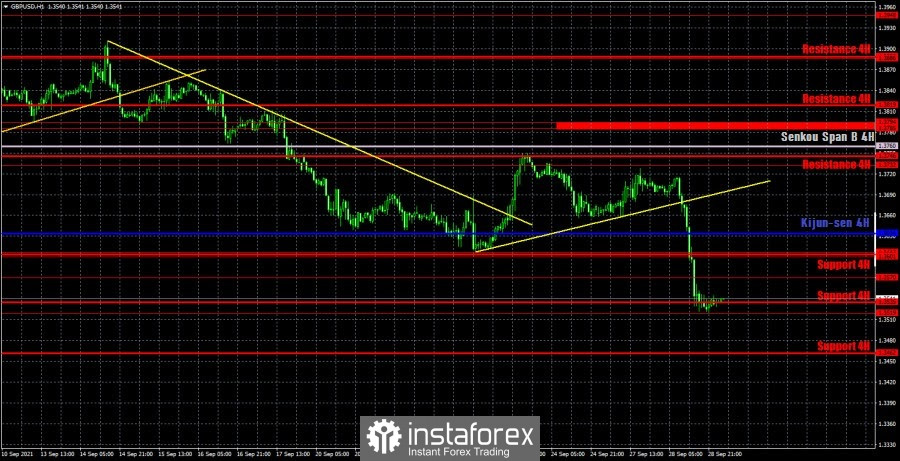 The GBP/USD pair began to unexpectedly fall sharply on the hourly timeframe. However, we have already discussed the reasons for its beginning above. At the moment, the upward trend line has been broken, so the trend has changed to a downward trend again. However, the fall in the British currency was provoked by an important fundamental background, albeit not an economic one. Thus, this movement can quickly end, as the markets have already worked out the reason that provoked it. Today you should be ready for an upward correction. We distinguish the following important levels on September 29: 1.3519, 1.3570, 1.3601 - 1.3607, 1.3732. Senkou Span B (1.3760) and Kijun-sen (1.3634) lines can also be signal sources. It is recommended to set the Stop Loss level at breakeven when the price passes in the right direction by 20 points. The Ichimoku indicator lines can move during the day, which should be taken into account when looking for trading signals. On Wednesday, in addition to Powell's speech, there will also be a speech by Bank of England Governor Andrew Bailey. It is worth noting that these speeches will take place within the framework of the same event, which is organized by the European Central Bank. If Powell or Bailey provide any important information regarding monetary policy, then the market reaction may follow. But, frankly, there is little hope for that. 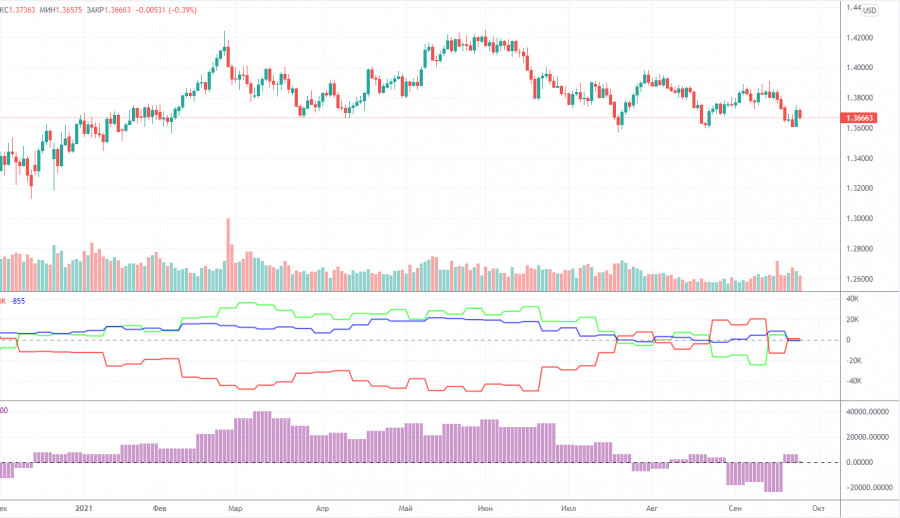 Interesting? Write a comment below.
 Forecast and trading signals for GBP/USD for September 29. Detailed analysis of the movement of the pair and trade deals.
Forward 
Backward 