Forecast and trading signals for GBP/USD for September 7. Detailed analysis of the movement of the pair and trade deals. 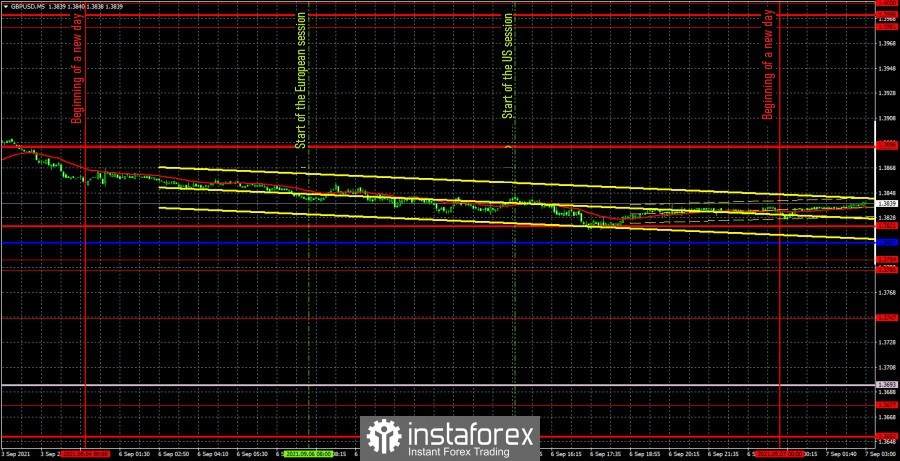 The GBP/USD pair moved with a slight decrease on September 6. The volatility of the pair was about 50 points. For the pound, this is about the same as for the euro currency - 30 points. This is the least amount of volatility. We can say that the pair stood in one place all day. It is good that not a single line or level was worked out or overcome. Otherwise, traders could face scattered trading signals. And all of them would be false, which promised big losses. No single important event or publication in either the UK or the US on Monday, so there was nothing for traders to react to either. Thus, at this time, we can only draw the attention of traders to the fact that the upward trend persists in the long term, and the US dollar is still under pressure from fundamental and technical factors. Recall that NonFarm Payrolls and Federal Reserve Chairman Jerome Powell did not support the dollar, so now the probability of curtailing the QE program following the results of the September meeting of the Fed has greatly decreased. And for the dollar, this was almost the only chance for a new strengthening.

Overview of the EUR/USD pair. Two speeches by Christine Lagarde are key events of the week.

Review of the GBP/USD pair. Andrew Bailey's speech after a long pause may affect the pound rate. 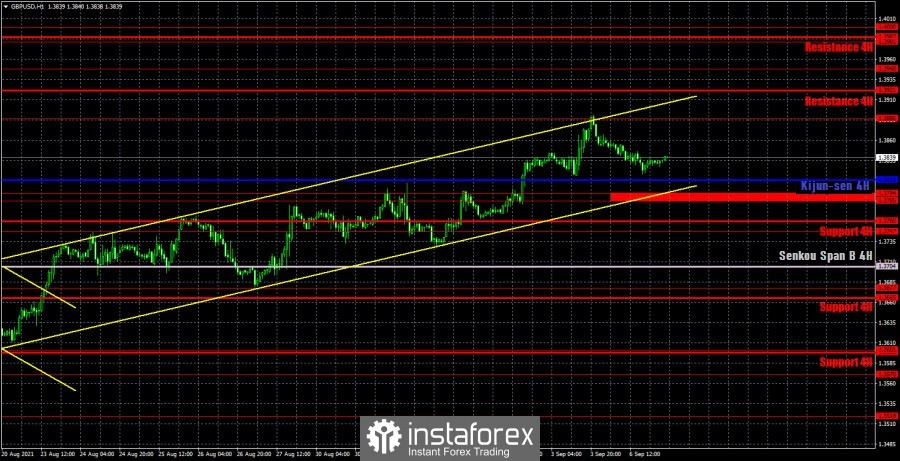 The GBP/USD pair, as we expected, dropped to the critical line as part of the correction against the upward trend on the hourly timeframe. The pair's quotes continue to be within the rising channel, so the trend has not been canceled. A price rebound from the lower border of the channel or the Kijun-sen line may provoke a resumption of the upward movement with targets at 1.3886 and 1.3921. Moving below the channel will lead to a change in the downward trend. We continue to draw the attention of traders to the most important levels: 1.3747, 1.3785 - 1.3794, 1.3886, 1.3948. Senkou Span B (1.3704) and Kijun-sen (1.3810) lines can also be signal sources. It is recommended to set the Stop Loss level at breakeven when the price passes 20 points in the right direction. The Ichimoku indicator lines can move during the day, which should be taken into account when looking for trading signals. Nothing interesting planned in the UK on September 7. There will be speeches by several members of the Bank of England Monetary Committee, but such events rarely trigger strong moves in the foreign exchange market. Even if Katherine Mann or Michael Saunders report something important, the reaction to it will be weak, and it is completely impossible to predict what Bank of England representatives may say now. Thus, most likely, weak volatile movements await us again today. Markets are likely to focus on the speech of BoE Governor Andrew Bailey, which is scheduled for tomorrow. It is not a fact that we might hear anything important there, but Bailey has not spoken for a long time and the markets have the right to expect important and new information from him. Especially on monetary policy and the possible collapse of QE. 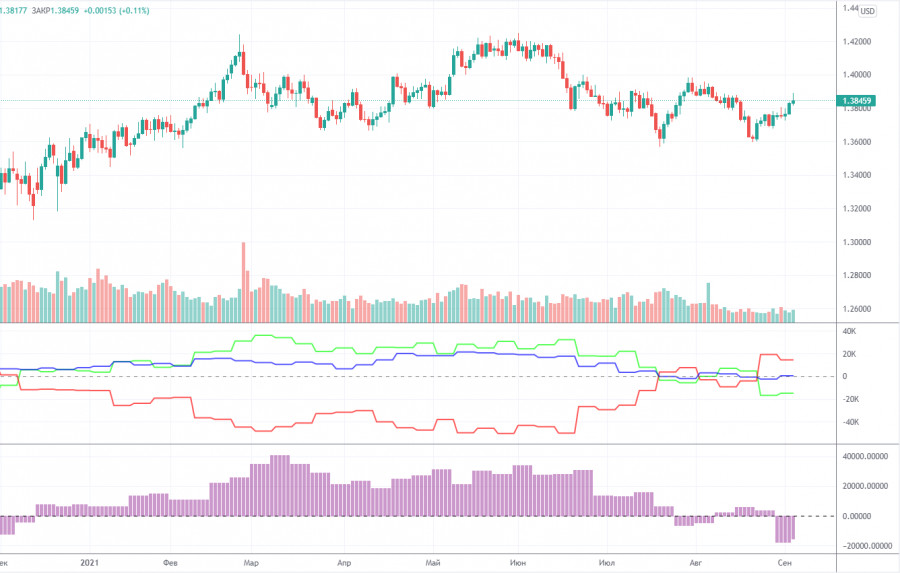 Interesting? Write a comment below.
 Forecast and trading signals for GBP/USD for September 7. Detailed analysis of the movement of the pair and trade deals.
Forward 
Backward 