Today, the Australian dollar began the fourth day of consolidation in its chosen range of 0.7346-0.7411. According to the main scenario, we are waiting for the price to move up to the target level of 0.7450 - this is the 38.2% Fibonacci level on the daily chart. 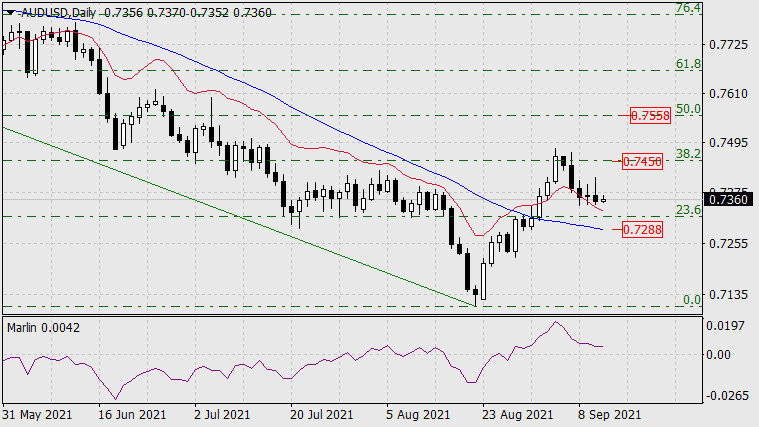 This scenario is supported by the Marlin Oscillator, which shows the intention to turn up. But also the price may not withstand any external pressure, as on Friday we saw the closure of long positions and fall to the support of the MACD line at the level of 0.7288. In the light of the main scenario from the MACD line, an upward reversal to the same target of 0.7450 is possible. Consolidating below it will reveal the scenario of a mid-term decline in the Australian dollar. 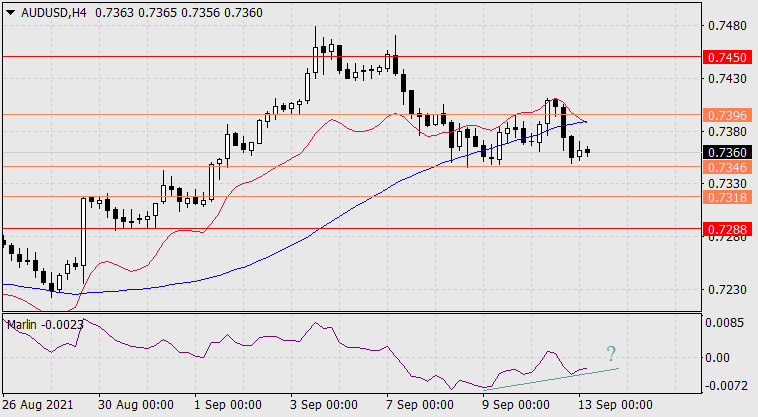 The price begins to form a not pronounced convergence with the oscillator on the four-hour chart, this is still, albeit not strong, but a factor in favor of the price reversal to the upside from the current levels. In general, the price settled under the balance and MACD indicator lines, which inclines the price to look for ways of development (or external reasons) of the downward movement. Consolidating below 0.7346 will turn Marlin down, convergence will not take place and the road to 0.7288 will open, with a fairly strong intermediate level of 0.7318 - this is the 23.6% Fibonacci level on the daily chart.

US inflation data is slated for Tuesday. Probably, this day will be the defining one for the movement in the short term.