Yesterday's attempt to try to go down to the support of the MACD line on the daily chart at 0.7288 ended in an upward reversal from the balance indicator line. 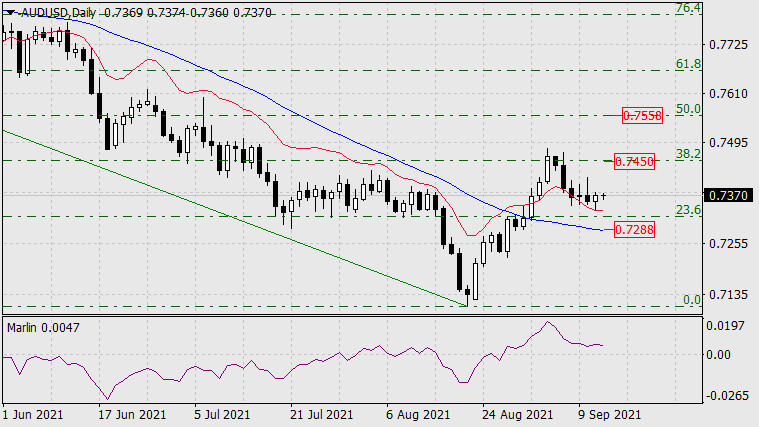 Maintaining the entire price movement above the balance line since September 1, when it went above it, indicates a correction within a growing trend. Accordingly, now we expect the price to rise to the Fibonacci level of 38.2% at the price of 0.7450 - to the first target. Consolidating above the level opens the second target at 0.7558. The Marlin Oscillator is turning up. 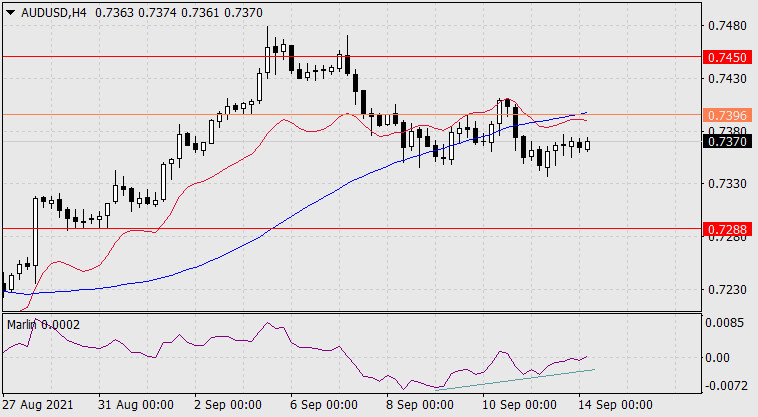 On the four-hour chart, the price has formed a convergence reversal with the Marlin Oscillator. The signal line of the oscillator has already penetrated into the zone of positive values - into the growing trend zone. Exit above the signal level of 0.7396 - above the MACD line, opens the way for the aussie to the designated first target.