The Australian dollar dropped 48 points yesterday, reached support for the 23.6% Fibonacci level on the daily chart and stopped pondering whether it should turn up now, or work out the lower boundary of the correction along the MACD line at 0.7280. 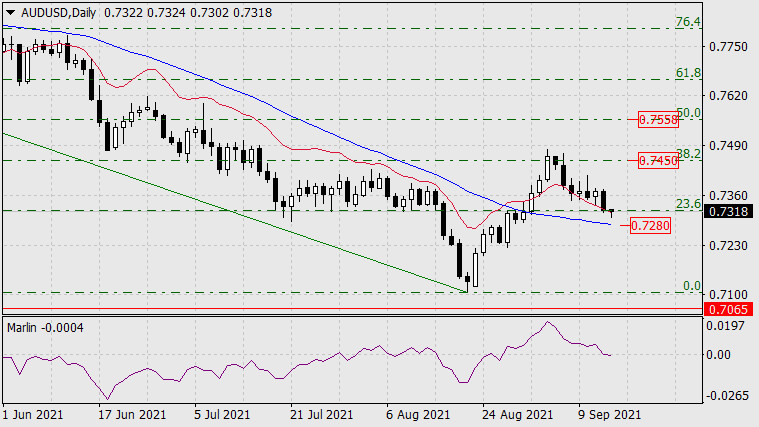 The Marlin Oscillator is moving into the bears' territory, a false exit is possible here only in order to help the price reach the MACD line. However, if the price settles below the MACD line, below the level of 0.7280, then a succeeding decline will be accelerated with the 0.7065 level as the target - this is the peak of June 2020. But while we continue to wait for the aussie to rise to the nearest target at the Fibonacci level of 38.2% at the price of 0.7450. 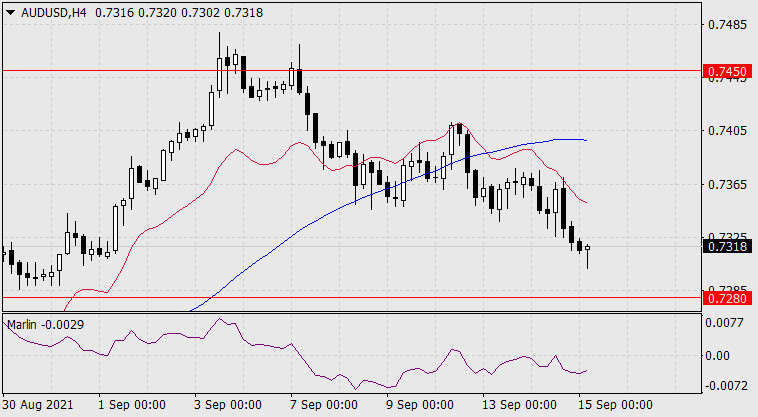 On the four-hour chart, the price is falling below both the balance and MACD indicator lines, the Marlin Oscillator is in the negative zone, showing a sluggish reversal. We are waiting for a clarification of the situation, probably by the evening, when data on industrial production will be released in the United States, and they may just turn out to be worse than forecasts, since since the beginning of September (that is, from the August estimates), the economic indicators of the euro zone are already outperforming the US ones.