On Thursday, under the influence of the general strengthening of the US dollar, the US currency index rose by 0.41%, while the Australian currency lost 0.55% (39 points). The price stopped at the MACDindicator line of the daily scale and is currently weighing alternative plans - whether to consolidate below this indicator line (0.7275) for a subsequent decline to the promising target of 0.7065, or turn upwards from it to the first target along the Fibonacci line 38.2% on the 0.7450 price. The Marlin Oscillator has already entered the territory of the downward trend, but the basis for the future movement will be set only by the Federal Reserve meeting on September 22nd. 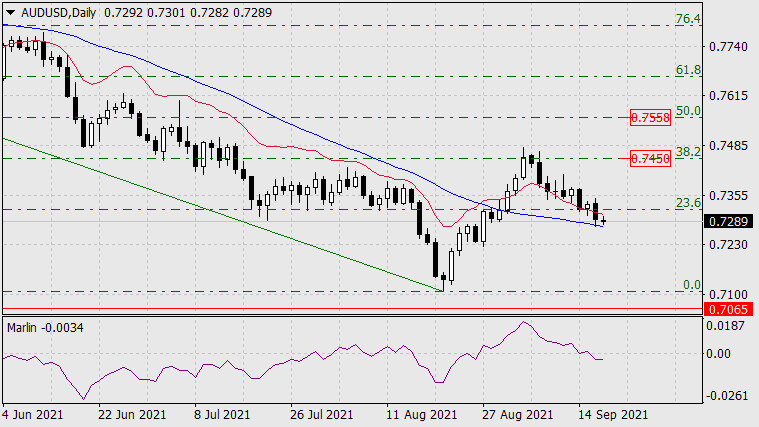 On the four-hour chart, the price is developing in a completely downward trend: the MACD line has turned down, Marlin is in the zone of negative values. And if the price does not turn upwards from the support of the daily timeframe (MACD line), then after the price settles below yesterday's low of 0.7275, a downward movement may develop until the Fed's announcements. 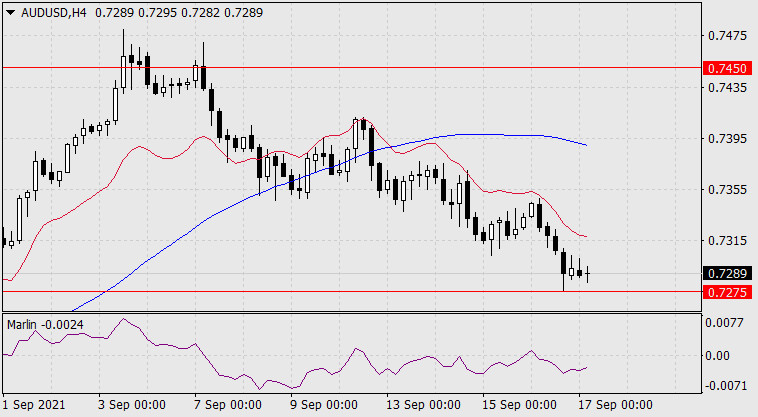