The Australian dollar gained 0.38% on Monday against the overall strengthening of the US dollar by 0.14%. The aussie was helped by the rising commodity prices. But the uncorrelation cannot continue for a long time, investors are more and more interested in the course of "trading" in the American Congress on the issue of raising the ceiling of the state debt. In the meantime, the United States is living on temporary funding until December 3. Prior to this date, a budget law should be passed with the inclusion of new expenditures under the Biden plan, which can partially smooth out the problem. 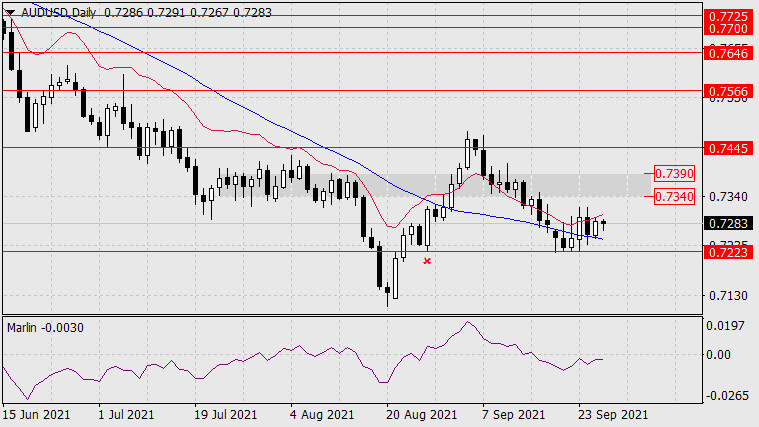 On the daily chart, the price forms a consolidation between the balance (red) and MACD (blue) indicator lines, the Marlin Oscillator lies sideways in the zone of negative values, which reduces the likelihood of price growth to the level of parity with the bears. 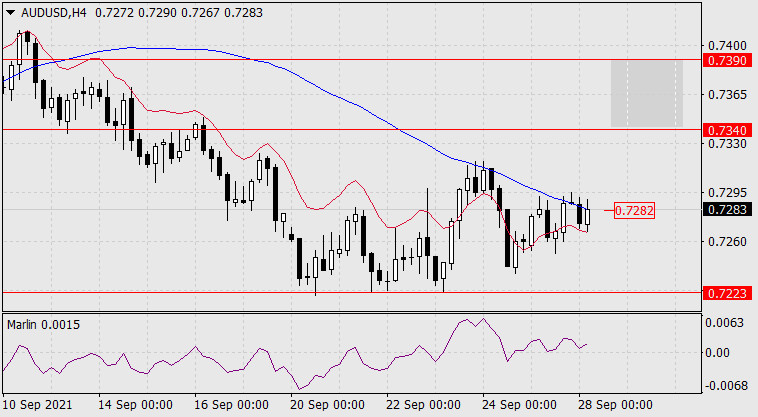 On the four-hour chart, the price failed to overcome the resistance of the MACD line on the second attempt, although the Marlin Oscillator is in the growth zone. Exit above the MACD line with consolidation, above 0.7282, can inspire optimism in the market and direct the quote to the target range of 0.7340/90.