On Wednesday, the Australian dollar broke the support of 0.7223 - the low on August 27, and which it could not overcome for four days from 20 to 23 September. Now the target at 0.7065 is open - the high of June 2020. To return to growth, the price must go above the resistance range 0.7223/40, the upper border of which is represented by the MACD indicator line. 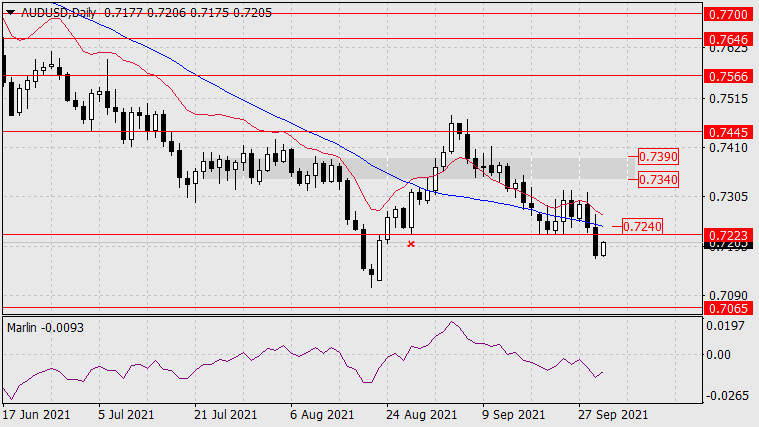 The price develops below the balance and MACD indicator lines on the four-hour scale chart. The Marlin Oscillator is turning up, but it has not created any pattern for the reversal of the entire trend, therefore, the current movement is considered as a correction of the last two days. The correction limits are the levels 0.7223 and the MACD line 0.7248. 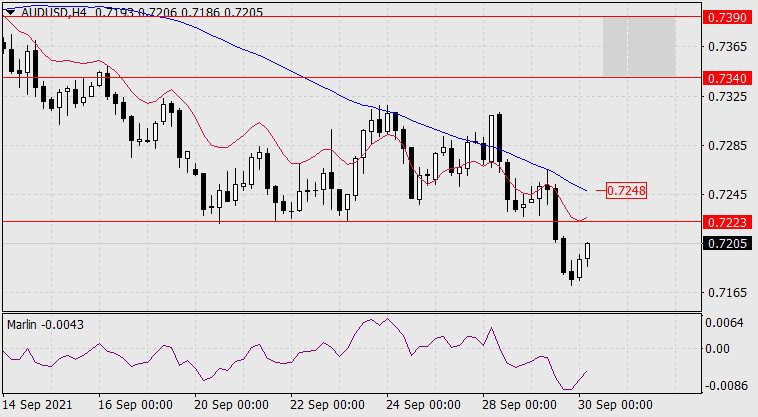