Yesterday, the euro fell 52 points under mysterious circumstances. The euro chose its main movement even before the release of data on retail sales, which had practically no effect on the euro, except that other counter-dollar currencies weakened a little after the European flagship. The euro fell along with gold and US government bonds - gold lost 2.25% in a day, the yield on 5-year bonds rose from 0.799% to 0.840%. The daily trading volume for the euro was the highest in September and August. This is possible only in one case - if investors know for sure about the intention of the Federal Reserve to announce a tightening of QE at the next meeting on September 22nd. 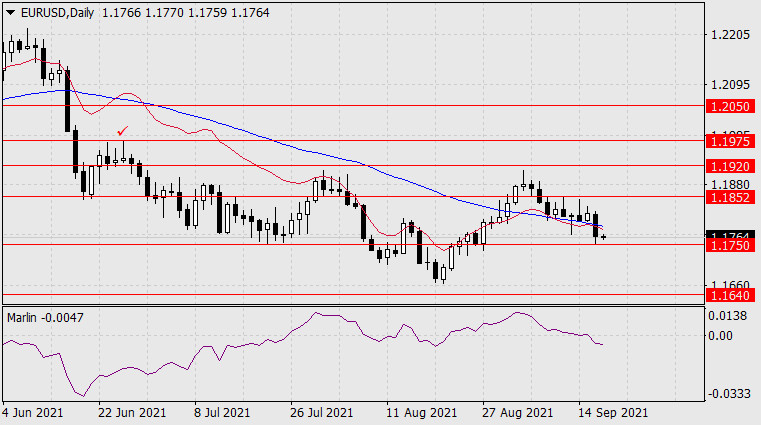 But we will not lay such an assumption on the basis of current forecasts, since harsh statements by central banks can easily reverse technical prerequisites and trends. At the moment, the situation for the euro is completely downward: the price went under the balance and MACD indicator lines on the daily chart, the Marlin oscillator is going down in the negative zone. If it were not for the upcoming Fed meeting, we would have concluded that a confident movement to the target level of 1.1640 is being formed, but now we will keep silent about this, but note that the price is at the lower border of the consolidation range formed on July 20-26 (1.1750). Therefore, it is very possible that the decline below the indicator lines, and Marlin's departure below the zero line, may eventually turn out to be false - the price may turn upward from this level this time too. We will receive the answer only on Wednesday next week. Today our recommendation is to refrain from trading. 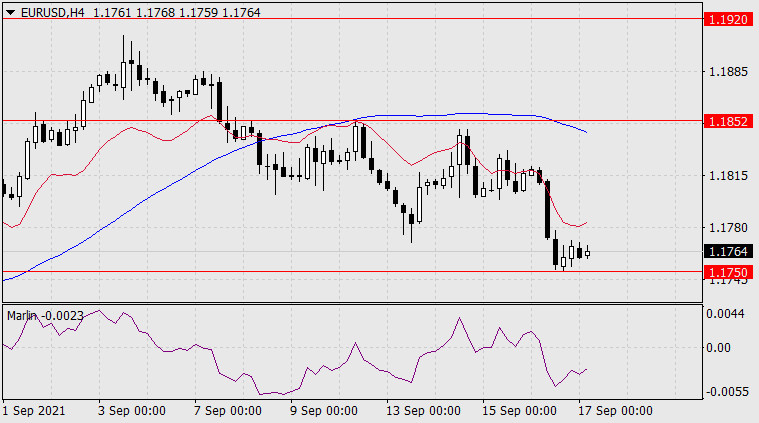 On the four-hour chart, a standard correction occurs after the previous price drop. The MACD line is located high from the price, which creates the preconditions for the formation of a new range (sideways movement) before the Fed meeting.