Yesterday, there were two events confirming the assumptions of big investors regarding the start of monetary tightening in the eurozone earlier than in the United States. This is the speech of the head of the Bundesbank Jens Weidmann, with his statement about the acceleration of inflation above and longer than the European Central Bank forecasts and weak data on employment in the US private sector from the ADP for August. ADP Non-Farm reached 374,000 against the forecast of 614-640,000. Taking into account also the high figures for weekly applications for unemployment benefits, tomorrow's Nonfarm Payrolls may be essentially a failure, in the region of 200-300,000 against the expected 750,000. and the current unemployment rate of 5.4% may remain at this value against the expected decline to 5.2%. 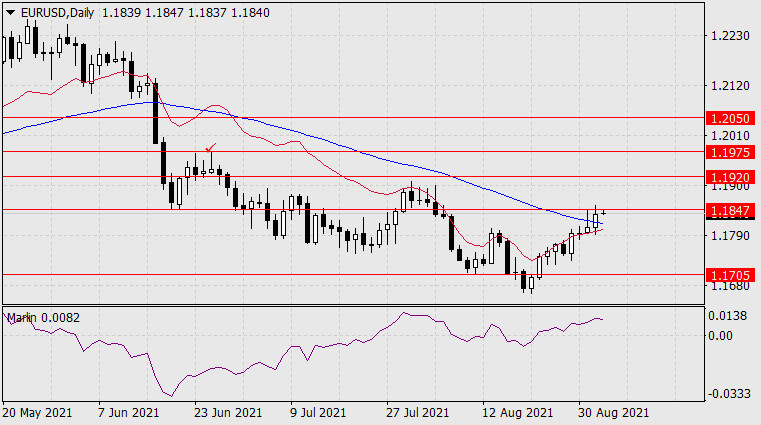 Today, it opened above the MACD indicator line. Closing the day with a white candle will mean that the market is preparing for tomorrow's growth on US employment data. The first growth target is 1.1920, the second is 1.1975 - the top on June 25, the third target is 1.2050 - the low on May 13. 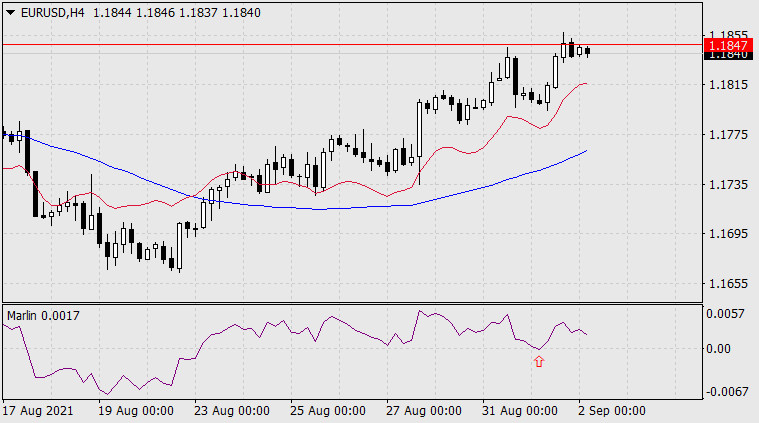 On the four-hour scale, the expected reversal of the Marlin oscillator from the border with a downtrend (arrow) occurred, the growth continued in the positive zone, and the general trend was consolidated.