The euro lost 40 points last Friday, unable to withstand the 0.91% (S&P 500) drop in the stock market due to the quarterly expiration of contracts. From today on, investors will closely study the Federal Reserve's intentions to change monetary policy at their meeting on the 22nd. The general sentiment of market participants remains the same - Fed Chairman Jerome Powell will give a signal to curtail QE from October or November. But, in our opinion, the situation with the coronavirus in the United States can greatly influence such a decision. Taking into account that the incidence of Covid, like other viral infections, is seasonal, and the peak incidence occurs in late December-early January, and a new incidence record may be set in the United States early next year. This fourth wave has been developing in the United States since the end of July and is expected to be the strongest since the beginning of the epidemic. We believe that the Fed has such forecasts and will not get ahead of events, especially since it has something to rely on - the unexpressed data on employment for August.

As a result, at the meeting on September 22, the Fed will not announce the start of tightening monetary policy and the euro will turn upward. 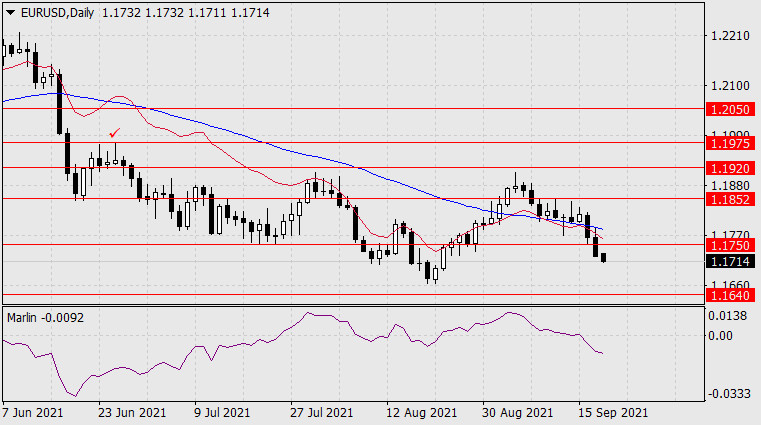 So, on the daily chart, the first target of the price is the level of 1.1640, but it will not be reached, the price will turn to target levels 1.1852 and 1.1920. The observed drift under the balance and MACD indicator lines and the Marlin Oscillator's drift into the negative zone will be interpreted as false signals. 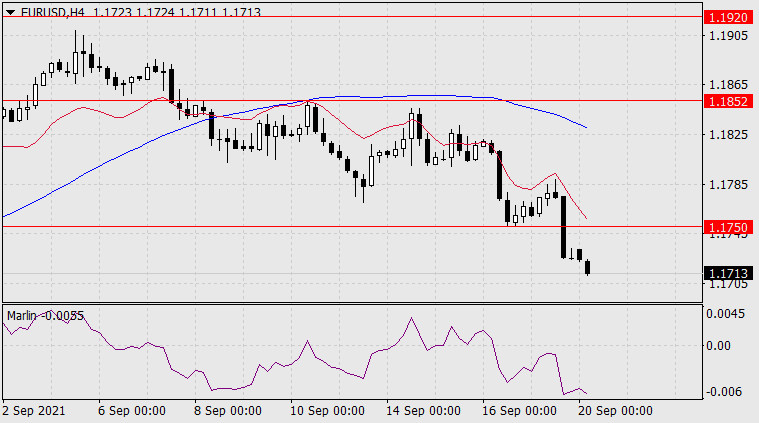 On the 4-hour chart, the Marlin Oscillator is giving an early signal to turn upwards. We are waiting for the development of events.